The Horrors Of Capitalism In SQUID GAME And Beyond

If the killer doesn't get you, capitalism may. 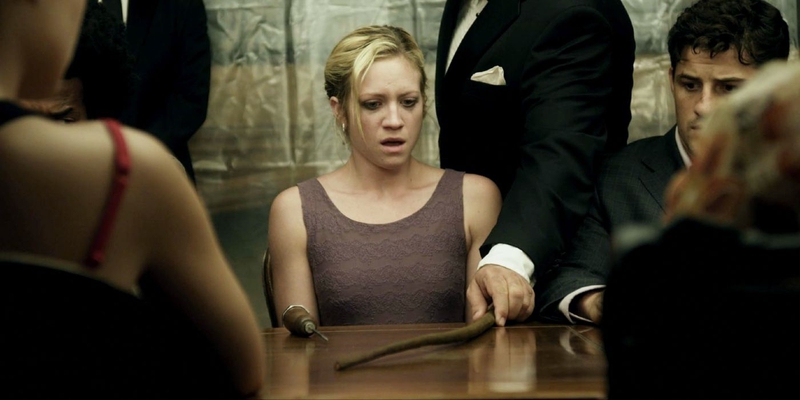 We now live in a Squid Game world, where just about everyone you know has seen the South Korean drama about debtors who agree to play deadly children’s games for a chance to win money.

Horror has never shied away from issues of class and privilege. It often uses alternative worlds where the rich and unscrupulous use the setting and their means to widen the divide. Look at Dennis Hopper’s Paul Kaufman in Land of the Dead, presiding over a luxury high-rise in a zombie-infested dystopia, or the entire Purge franchise, in which the affluent use twelve hours of mayhem to weed out those they consider undesirable.

But we don’t need to imagine a distant dystopia at all. In many cases, the horror villain is enabled by good ol’ fashioned capitalism, by the world we live in today. Sometimes, it’s so familiar we don’t even recognize it.

If the killer doesn’t get you, not having insurance will

In Would You Rather, Iris (Brittany Snow) is the sole caretaker of her teenage brother, Raleigh, who has leukemia. Wealthy philanthropist Shepard Lambrick invites Iris to a parlor game where should Iris win, she’ll receive enough money to pay for her brother’s treatments. Lambrick will also use his clout to get Raleigh a bone marrow transplant.

At the party, Iris meets her competitors, who are all in their own various financial predicaments. Lambrick makes them play a sadistic version of “Would You Rather,” where they’re forced to torture each other and maim themselves to win. Refusal to play or forfeiture results in death.

Iris wins the game, but not without making several horrible choices. But when she returns home, she finds Raleigh has killed himself because he sees himself as a burden to her. Iris is now rich, but for what?

The obvious villain of Would You Rather is Lambrick, who uses his power and the players’ desperation to lure them into the game. Yet Iris is only desperate because she lives in the United States, where a for-profit healthcare industry has sentenced her brother to death unless she can acquire wealth and influence. That’s why it’s both hilarious and tragic to read Letterboxd reviews of the film from Canadians.

Unlike Canada, the U.S. is one of the only first-world nations that fails to provide healthcare for its citizens, tying coverage to employment and charging astronomical fees. For example, British citizens get free ambulances rides, while Americans pay an average of $450 after insurance.

A third of American workers carried medical debt prior to the pandemic, which has only made the situation worse. As of March 2021, finance company Credit Karma, which offers credit scores and reports, found its customers owed a total of $46B in medical debt.

If Would You Rather is too gory for mainstream audiences or its reviews too middling, consider Breaking Bad, winner of 16 Primetime Emmys. A high school chemistry teacher transforms into a villainous meth kingpin to pay for cancer treatments, and we all just went with it for five seasons and a spinoff. It felt realistic, and if people questioned any details, it was the chemistry that cooked Walter’s famous Blue Sky crystal.

But if Walter White had been Canadian, he would have just gone to the doctor. The end.

Of course, it’s not just Brittany and Walter out here. 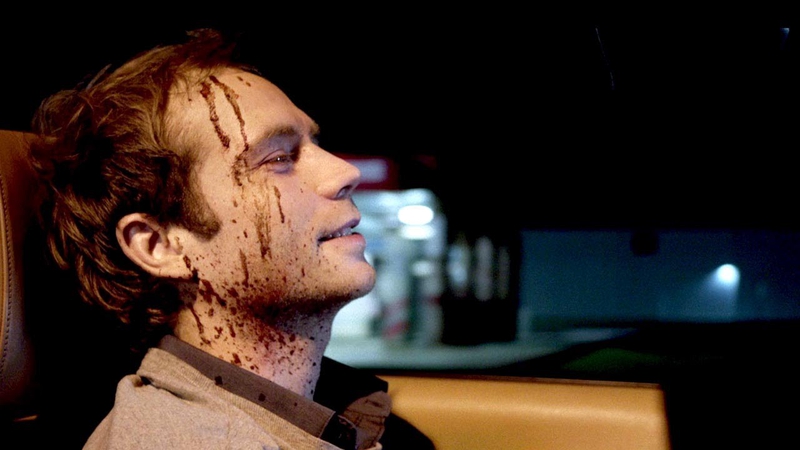 13 Sins, a remake of the Thai horror film 13 Beloved, follows Elliot, a poor salesman who is invited to play a game that consists of 13 tasks. Each one fetches more money, but if he fails to complete them, he loses it all. Even as the tasks quickly increase in violence and danger, Elliot continues. Why? He’s lost his job, is mired in debt, and must care for his pregnant fiancée and his brother with disabilities. He also finds the initial tasks a little exhilarating — not unlike Walter White.

Outside of one-offs, American healthcare also defines one of modern horror’s biggest franchises. One could argue that Saw villain John Kramers’s entire turn to villainy is due to navigating medical insurance.

In the franchise’s debut, Kramer (Tobin Bell) is trying to teach a philandering doctor who seemingly has—and yet has squandered—everything, the value of life. John has plenty of time to plan his elaborate torture game from the hospital bed where he’s dying of an inoperable brain tumor. 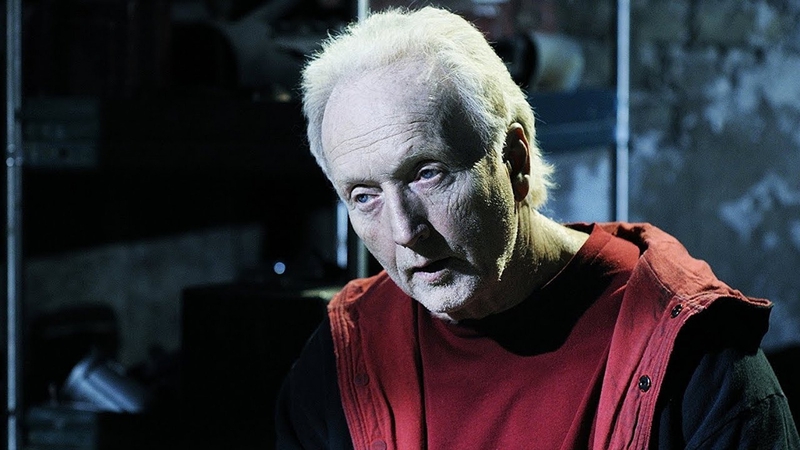 But in Saw VI, we see a little more of John’s backstory when John chooses William Easton (Peter Outerbridge) to play the game.

Easton is a health insurance exec whose department frequently uses a shady formula to deny sick people coverage. One of those people is John, who was hoping to try an experimental therapy overseas. Not only does William deny the treatment, but he informs John he’ll be dropped from coverage entirely if he tries it. Had John been given hope or a chance, would he have become Jigsaw?

At the end of William’s game, he’s confronted with the widow and teenage son of a man to whom he denied life-saving coverage. They are given the option to kill William, which the son takes. 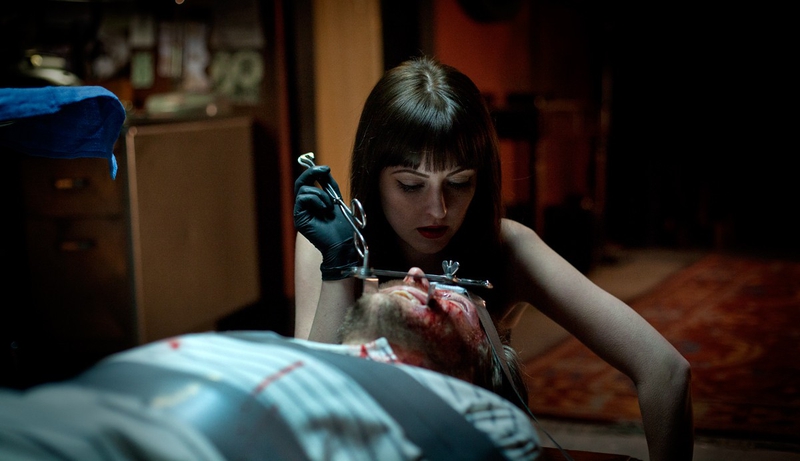 Healthy? Okay, what about an education to die for?

In American Mary (2012), Mary Mason (Katharine Isabelle) is a gifted med student, but the student loan debt she’s taken on to become a surgeon is piling up. To pay her bills, she applies at a strip club only to end up performing emergency surgery on the manager’s associate for $5,000 — under the table, of course.

The lure of money leads Mary to begin performing extreme body modifications for wealthy clients who can’t get the work done elsewhere. Despite the influx of cash, Mary’s troubles only escalate thanks to the increasingly dangerous nature of her work and predators in her male-dominated field who take advantage of her.

Mary’s turn is also similar to Walter White’s. The work excites and changes her, the money’s seductive, and the trauma pushes her over the edge. But the path only revealed itself when debt collectors came calling.

Of course, the cost of schooling only compounds when you add things like rent, books, food, and supplies. There is no shortage of broke college kids who fall into horror predicaments. An indie favorite is the 1980s-set The House of the Devil (2009). Despite numerous red flags, college student Samantha agrees to a bizarre babysitting job to pay rent. Things rarely go well for horror movie babysitters, and Samantha is no exception.

Things would be worse, financially speaking, for Samantha and Mary today. Per the Dept. of Education, some 42.9m Americans owed $1.59 trillion in federal student loan debt as of June 2021, a year-over-year increase of $49B. Meanwhile, the cost of undergraduate studies alone increased over 25% in the last decade, resulting in increased debt — with interest.

A more modern entry is Amazon’s 2021 series Panic, based on the novel by Lauren Oliver. Heather Nill (played by Fear Street’s Oliva Scott Welch) thinks the only way she can leave her Texas trailer park and deadbeat mom is by playing a dangerous, deadly game that’ll net her $50k. 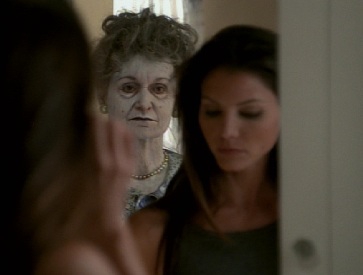 Or maybe it’s just the cost of living that gets you.

In an episode of Buffy spinoff Angel, a character refuses to move out of her new Los Angeles apartment, which contains a malevolent ghost, because it’s rent-controlled. She’d rather be haunted than deal with a landlord who could significantly raise her rent. In L.A., where the average one-bedroom is currently $2,450, rent-stabilized units can only jump 3% per year.

It’s one of several examples where someone chooses or remains in a bad place because they can’t afford to leave. It’s either all they’ve got (Open House, His House, Candyman), it seems like a good deal (1BR, 13 Cameras), it’s supposed to be a fresh start (The Shining, American Horror Story), and/or they sank their savings into it (The Haunting of Hill House, Bad Ben).

Both the haunted house and the dangerous game often present a sunk cost fallacy, a term used in business but more broadly in abusive relationships. Someone stays in a bad situation because they’ve already spent so much time or money on it. Someone might not want to “throw away” a years-long relationship over a specific incident, even if that incident is indicative of a larger pattern of abuse. Someone might not want to leave a house over a ghost? What’s chopping off a second finger if you’ve already chopped off one, and walking away now means earning nothing? (This happens in The Odds).

And what about us? We’re the frogs in the pot. We’ve lived in this bizarre system for so long, we barely notice it as the root cause, and we accept scenarios where the only way to win is via bizarre games, criminal behavior, or exorcisms.

It makes for good horror, but studies show medical, educational, and other debt mostly delays milestones like buying any home (haunted or otherwise), marriage, children, and creative pursuits in real life. In the cold light of day, minus the ghosts and killers, it’s just kinda sad.