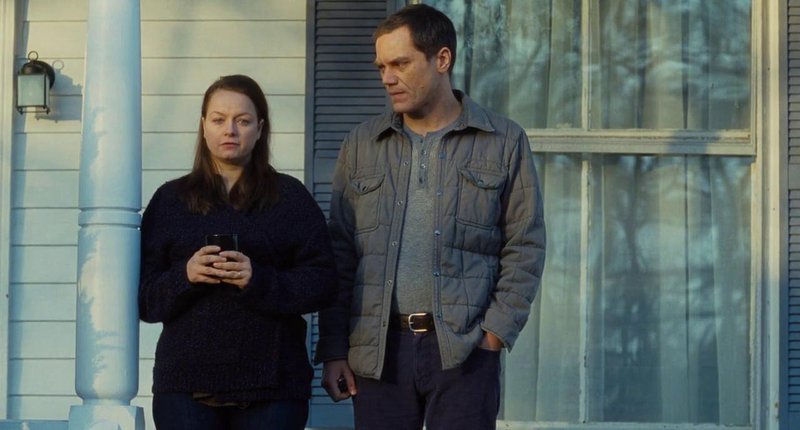 Samantha Morton and Michael Shannon in THE HARVEST.

Editor's Note: This was originally published for FANGORIA on April 10, 2015, and we're proud to share it as part of The Gingold Files.

Director John McNaughton secured his horror rep with the insinuating authenticity of Henry: Portrait of a Serial Killer, and following a couple of more fanciful fear concepts in the intervening years, he returns to the real world with The Harvest. Only this time, there’s more than a touch of grim fairy tale to the film.

Instead of a wicked stepmother, an actual parent is the domineering force here, brought to life by a mother of a performance. The Harvest is first and foremost a showcase for an attention-grabbing 180 turn by actress Samantha Morton, clearly relishing the opportunity to go a little mad as suburban pediatric surgeon Katherine. Her psychopathology is motivated, or at least exacerbated, by the debilitating illness of her own early-teen son Andy (Charlie Tahan), which requires him—in her eyes, at least—to be confined to their house at all times, cut off from contact with the outside world. And woe betide anyone who dares to question or challenge the rules she’s set down for Andy—including Andy himself.

It’s a reversal of the princess in the tower, as Andy is discovered by Maryann (Natasha Calis, the possessee in The Possession), a recently orphaned girl who has moved in nearby with her grandparents (Leslie Lyles and none other than Peter Fonda). She strikes up a friendship with Andy that requires her to enter his room through the window, lest she earn Katherine’s wrath. The kids aren’t the only targets of her anger, though; she also vents on her husband Richard (Michael Shannon), who is conflicted about her treatment of Andy but hasn’t the fortitude to challenge her. A physically imposing presence in many films, Shannon can also (as those who saw his impressive work on Boardwalk Empire will know) do downtrodden equally well, and he and Morton flesh out a portrait of extreme marital dysfunction that’s fully unsettling even before the explicitly scary stuff comes to the fore.

McNaughton and screenwriter Stephen Lancellotti take their time getting to that point, building tension via the hothouse of oppression and mistrust that Katherine has turned her home into, and Maryann’s strong-willed refusal to let Katherine stand in the way of her and Andy’s friendship. Both young actors give extremely likable, naturalistic performances, building up a rooting interest that serves The Harvest well once Maryann makes a shocking discovery that suddenly flips the scenario from dark domestic drama into full-on nightmare territory. (There are teases in the first half regarding what the nature of the horror will entail; Andy has a little patch of corn growing outside his window, which engenders certain expectations given the film’s title and the genre’s history with children and corn.)

Once the secret is sprung, The Harvest sprouts a few plausibility problems, mostly having to do with Maryann’s inability to convince any outsiders about what’s going on at Andy’s place. That the movie succeeds despite these issues is a credit to McNaughton’s unemphatic grounding of the situation in a relatable environment, before things go Grand Guignol in the final act. He and Lancellotti also provide moments of shivery or impish humor (as when Fonda’s character seems to flash back to the actor’s Easy Rider days) that relieve the oppressive mood building in the central setting. The director also employs plenty of good old-fashioned craft on the picture, with Rachel Morrison’s 35mm cinematography and George S. Clinton’s orchestral score granting a classical feel to this modern melodrama.

But above all, The Harvest stands out as a chance for one of our most skilled actresses to attack a change-of-pace part with gusto. Morton is commanding, at times terrifying, yet even as Katherine’s behavior becomes monstrous, Morton also finds ways to make her human. A very damaged, potentially destructive human, but human nonetheless.