For God’s sake, take it back. 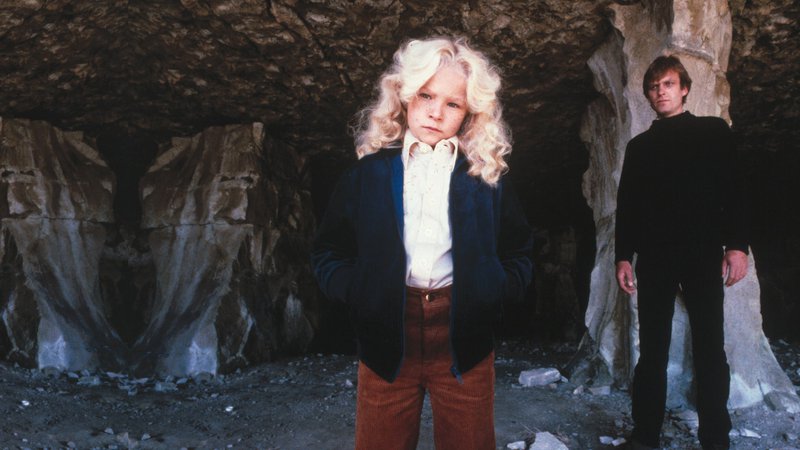 Wilhelmina Green and Malcolm Stoddard in Gabrielle Beaumont's THE GODSEND (1980)

At a quick glance, very little about British director Gabrielle Beaumont would indicate she’d be responsible for one of the straight-up most perversely twisted evil child films of the 1980s – and yet here we are. Known primarily as the first woman to direct an episode of Star Trek (the aptly titled "Booby Trap" in Next Gen for the nerdlingers amongst you), Beaumont’s credits tend to lean heavily towards television, where she engaged in a very different way with the on-screen representation of children in, amongst other things, an episode of Doogie Howser, M.D. Other credits aren’t anything to sneeze at; across her career, Beaumont directed episodes of M*A*S*H, Hill Street Blues, Miami Vice, Law & Order, Beverly Hills 90210 and Baywatch.

As for feature films, it's fair to say that Beaumont's output was somewhat diverse, ranging from Beastmaster III: The Eye of Braxus in 1996 with Marc Singer and Tony Todd, and – er – Diana: A Tribute to the People's Princess, a made-for-TV biopic from 1998 whose broadcast marked the one-year anniversary of its subject’s death. But her first feature was the aptly named The Godsend in 1980, a film riddled with such ambivalence and genuine disinterest in the way that children are ordinarily supposed to be represented in film that, despite being shot almost completely in bright sunshine, it somehow manages to be one of the grimmest, darkest evil child films ever made.

As the film begins, a happy family frolic in an idyllic pastoral landscape until the mother Kate (Cyd Hayman) comes across a peculiar, unnamed woman played by Angela Pleasence, who had already earned her horror stripes in José Ramón Larraz's Symptoms some years earlier in 1974 (her father, Donald, was also an actor; you may have heard of him). Embarking upon what effectively boils down to an extremely genteel home invasion, Pleasence’s heavily pregnant hippy weirdo sets herself into the family’s home before promptly giving birth and disappearing, leaving the family with the child to raise as their own.

Which, to their credit, they do willingly, and embrace Bonnie (Wilhelmina Green) as one of their own. With five children of their own already – it’s quite the menagerie – another thrown into the mix seems much of a muchness at this point. And, to be somewhat macabre about the whole thing, it’s probably just as well they have so many spares, because once Bonnie turns up, strange accidental deaths start befalling the other children.

Fool me once with a mysteriously dead child, shame on you; fool me twice, thrice, etc., shame – surely – on me. Or so thinks the family’s father, Alan (Malcolm Stoddard), who starts wising up to the fact that Bonnie may not be as wholesome as her angelic halo of blonde ringlets suggest. But ever the devoted mother, Kate isn’t having it, and a Bonnie-shaped wedge between the couple grows and grows. Will it stop before all their biological kids are wiped out?

This is, to be clear, some dark shit. Again, it looks all rosy and jolly and has a lovely veneer of '70s Britishness, all cups of tea and corduroy overalls and tweed jackets with suede elbow patches. Without giving too much away, however (and be warned – the film’s trailer gives absolutely everything away; one to avoid until after you have seen the film, perhaps), what makes The Godsend so interesting is how absolutely unapologetic it is in demonizing an orphaned little girl adopted by a kind, generous family.

Rather than the victim of a superbly weird mother in Angela Pleasence-shaped form, in The Godsend, nature trumps nurture every time, it seems. And sticking with its focus on biology, the films is perhaps almost just as scathing in its representation of Kate and how her maternal instinct supposedly blinds her to reality; rather than a strength and a virtue, here it is very much painted as a flaw. “If only she’d listen to the rational men!”, the film appears to be provoking us to think at points. Gee whiz.

The Godsend has some absolutely wild gender politics, and is all the more interesting – if not wholly progressive – for it. But there are these dreadful dogshit assumptions that women filmmakers are somehow divinely blessed to make only wholly and completely progressive films, especially when it comes to women-centric themes like motherhood. The Godsend is a really well-directed film; it’s brilliantly cast, it’s fabulously excessive but never camp, and again I love the tension between how literally very light and sunny it is compared to just how dark the story is.

But most of all, this film is a great reminder that just because a horror film is directed by a woman, it isn’t an instant gold star and smiley face stamp that says “Go Team Woman!” Women filmmakers are – wait for it – people first and foremost, and as such have the right and the ability to make a whole range of different films that can reflect different points across a whole spectrum of positions, even when it comes to gender politics. The Godsend is a great little horror film worth it if only to see the brief but skincrawling brilliance of Angela Pleasence’s cameo. That its gender politics are kinda out there and far from what most people might expect from a woman-directed horror film is just an added bonus. This is a film that, if nothing else, will keep you on your toes and stop you from being complacent – and isn’t that, ultimately, what we want from a horror film?