The Call Of Crampton: Barbara Heads Back To Lovecraft

Joe Lynch's new film will reunite the actress with the horror master's work - and some familiar colleagues. 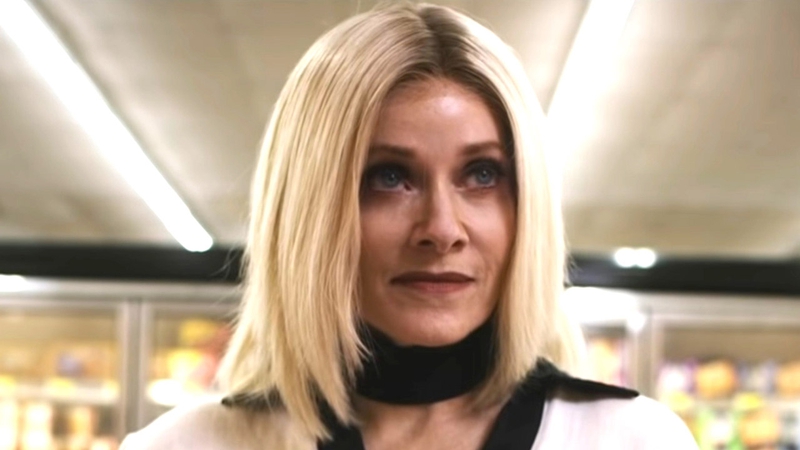 Here's what we know: Deadline reports that filming has wrapped on Joe Lynch's "erotic bodyswap horror," which is loosely based on H.P. Lovecraft’s short story "The Thing On The Doorstep." Lovecraft's original tale takes place within the Cthulhu Mythos and focuses on narrator Daniel Upton, who has killed his best friend... but hopes his tale will convince everyone he is not in fact a murderer. We don't have a title just yet, but the movie has just wrapped filming in Mississippi, which brings it ten steps closer to our eyeballs. The cast includes Crampton, Heather Graham, Judah Lewis, and Jonathan Schaech. On scripting duties is Dennis Paoli; on board as executive producer is Bruan Yuzna.

Still trying to process how unfathomably cool it is that this will reunite the Re-Animator trio of Crampton, Yuzna, and Paoli. Crampton of course starred in that Lovecraft adaptation (arguably the best Lovecraft adaptation of all time, if you ask us!) and will not only star in but also produce this adaptation. Brian Yuzna served as Re-Animator's producer and will be back as an executive producer on this project. Writer Dennis Paoli was also behind the screenplays for Re-Animator and From Beyond, which also starred Crampton.

Crampton continues to answer the Call of Cthulhu, and we are pretty damn grateful for it. On second thought, it's more likely Cthulhu is answering the Call of Crampton; you can't say no to the queen! Here's what she said to Deadline about this upcoming awesomeness, “We’ve been so fortunate to work with top talent both behind and in front of the camera on our recent films. At Amp it’s about developing not only memorable, thought-provoking material for an audience, but also fresh and unusual enough to attract the very best creative collaborators. I was ecstatic when first the formidable Joe Lynch, then Heather Graham signed on – her natural charm is always in evidence, but we get to see a different untapped side of her abilities here. I’ve been thrilled to be invited to join seasoned pros at Amp, and we are only getting started.” That last bit refers to even more cool news: Crampton has joined Amp as Vice President of Production and Development.

Director Joe Lynch says, “When I read Dennis Paoli’s adaptation of the story, I felt like there was a fantastic opportunity to update and subvert Lovecraft’s often old-fashioned sensibilities in a way that felt modern, relevant and even dangerous, with a pinch of '90s neo-noir and a dash of eroticism to spice up the stew. Working with Amp and such a fantastic cast – including Heather, Judah, Barbara, Bruce and Johnathon – we’re so excited that this sexy, funny, scary film isn’t just a modernized love letter to Lovecraft, but the kind of provocatively entertaining “sin-ema” I believe audiences are salivating for!”

Listen, Lynch, the salivating is a real problem this morning, so satiate us sooner rather than later. We'll keep you posted on this untitled awesomeness as we learn more about it!