Bloody Disgusting and Screambox are partnering to release TERRIFIER 2 later this year in theaters, then streaming from the comfort of home. 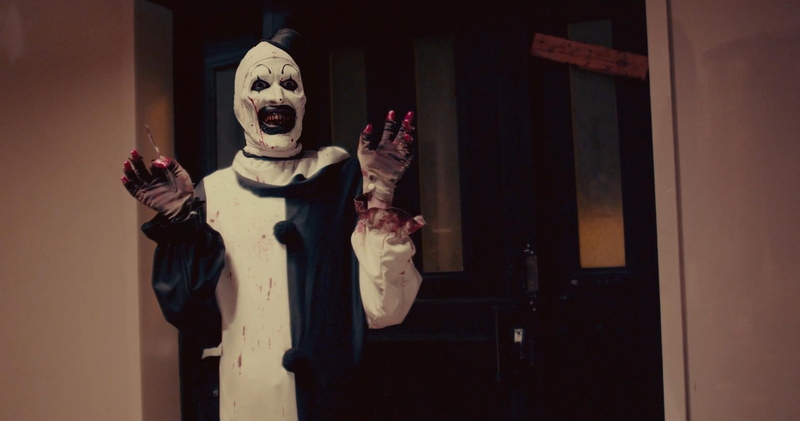 Welcome back Art the Clown!

It's been a long wait, scary clown fans, but Terrifier 2 is finally coming our way this fall. Streaming platform Screambox has partnered with the folks at Bloody Disgusting to acquire all North American rights to the much-anticipated sequel. And the even better news is that the film will indeed be making its way to theaters, just in time for the Halloween season.

"The Terrifier franchise embodies everything that's great about the iconic slasher flicks of the '80s and '90s. It's nostalgic, it's dark, it's bloody, so it's no wonder the movie—and especially Art the Clown—have become a staple for horror and Halloween fans alike. Fans are not prepared for what they're about to experience."

The sequel hails from writer/director Damien Leone (All Hallows' Eve) and serves as a follow-up to 2016's Terrifier. David Howard Thornton is also set to return as the demonic killer Art the Clown. The cast also includes Lauren LaVera as Sienna and Samantha Scaffidi as Victoria Heyes, with horror icon Felissa Rose (Sleepaway Camp) also making an appearance. Leone had this to say about it:

"Just like our incredible fan base, Bloody Disgusting immediately recognized the film's franchise potential and acknowledged Art the Clown as a new and formidable presence in the genre. It was encouraging to find the perfect home for our batshit crazy, no holds barred, balls-to-the-wall horror film after three arduous years of production, a global pandemic and endless gallons of blood. Our goal was to create a horror film that was boundary-pushing, fresh yet old-school and demented as hell. You know...a film you can take the kids to! We are thrilled to finally answer that once dreaded question...' So, when does Terrifier 2 come out?!'" 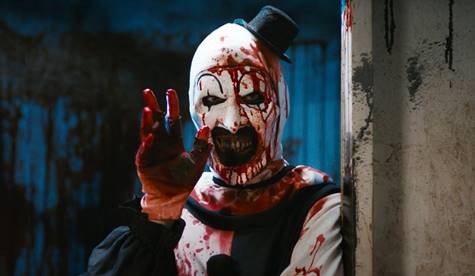 The film, which is billed as an "ultra-gory slasher," marks the fifth on-screen appearance of Art the Clown. Before making his feature debut in 2013's All Hallows' Eve, the character was originally created for a pair of low-budget shorts. That, in turn, paved the way for Terrifier, which went on to become a cult favorite in its own right. Now, six years later, he returns. So, what can we expect upon Art's return? The synopsis for the film reads as follows:

"Terrifier 2 has Art the Clown up to his old tricks once again. Following his gruesome demise in the first film, a sinister presence has brought Art back to life to rein terror on the residents of Miles County. On Halloween night, he returns to the unassuming town and sets his sights on fresh prey: a teenage girl and her little brother, portrayed by LaVera and Elliott Fullam, respectively."

Terrifier 2 does not yet have a release date, but we should be hearing more soon, and we'll be sure to bring that news your way.