What's inside? Click for the goods and the guts + discount code. 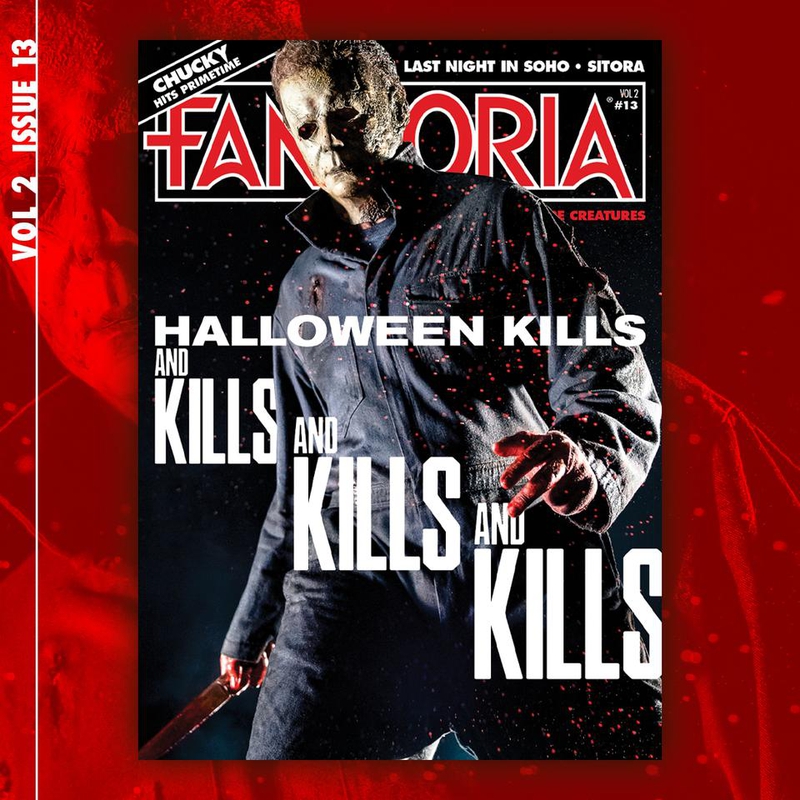 If you follow any of our social media feeds, you’ve seen our amazing subscriber cover for FANGORIA #13, featuring the Shape himself (James Jude Courtney) ready to make good on the titular promise of Halloween Kills. Now it’s time to tell you a bit about what’s inside this issue. Short version: a LOT.

And (you know the words, kids) much, much more! 100 pages! Limited ads! The publishing event of the fall season! (We’re assuming.)

To get this issue WITH THIS HALLOWEEN KILLS COVER, you MUST subscribe. So do that!

Save 25% OFF a new annual subscription with the code FangoKills.

Here's a fancy subscription link where you can put that discount code to good use.