King visits THE VIEW to chat his latest, BILLY SUMMERS, and teases next novel. 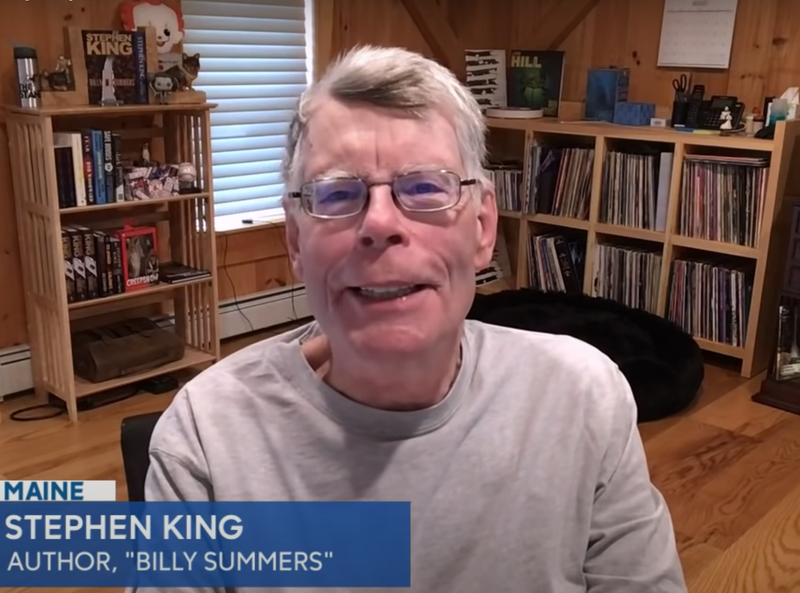 On Tuesday, August 3, Stephen King appeared on The View to promote his latest thriller-crime novel, Billy Summers. It follows a hitman on the verge of retiring, only to be pulled into chaos when he agrees to do one last job. King notes his inspiration came from a love for films such as The Asphalt Jungle and The Getaway, which center around a premise of jobs gone wrong.

When asked if he foresees COVID having an influence on incoming literature and film, King revealed that Billy Summers was originally set in 2020, but he changed the entirety to 2019 to maintain its believability. Last year many King fans compared his 1978 classic, The Stand, to the worldwide pandemic, but he denounced it immediately through Twitter:

No, coronavirus is NOT like THE STAND. It’s not anywhere near as serious. It’s eminently survivable. Keep calm and take all reasonable precautions.

Now it appears he is interested in writing a horror story about it, adding, “I want to write a book next that deals directly with the coronavirus. I want to set it in 2020 and see how that works as a book. It’s going to be difficult.” As for the way the government is handling the pandemic, King criticized Florida governor Ron DeSantis, stating, “He’s not the brightest bulb in the chandelier,” and that the conversation around wearing masks is not about personal freedom, but of public health. He later flashes his CDC card and yells, “Wear a darn mask!”

Before wrapping up the discussion, the women of The View shared a video homage to King’s work, titled The Viewing, that was created for Halloween 2019. It features Whoopi Goldberg, Joy Behar, Sunny Hostin, Abby Huntsman and Meghan McCain as they reference Christine, Carrie, Cujo, IT, The Shining, Pet Sematary and more. King responded with delight, stating, “I’m giving that five stars… no, I’m gonna give that six stars!”

The full interview can be watched below:

Billy Summers is now available anywhere books are sold and for more Stephen King goodness, check out The Kingcast podcast.