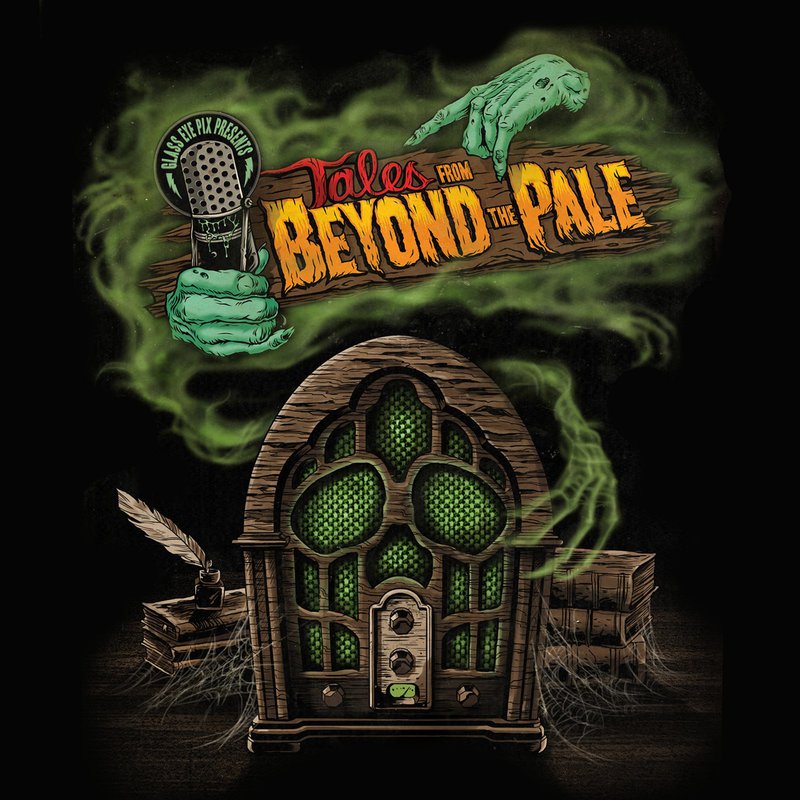 Editor's Note: This was originally published for FANGORIA on June 9, 2010, and we're proud to share it as part of The Gingold Files.

Glass Eye Pix, the New York-area horror factory run by independent filmmaker Larry Fessenden, has been busier than ever these days, with four features in a coproduction deal with Dark Sky Films wrapped and being readied for release, and Satan Hates You, a collaboration with MonsterPants, just premiered and about to hit the festival circuit. As if all this big-screen activity wasn’t enough, Fango got the scoop that Glass Eye will be terrorizing the audiosphere via an on-line series called Tales from Beyond the Pale.

Fessenden and Glenn McQuaid, writer/director of I Sell the Dead, are overseeing this project, a series of half-hour episodes inspired by the classic radio chillers once recorded by the likes of Alfred Hitchcock, Orson Welles, Boris Karloff and Peter Lorre. It was one of the latter programs, in fact, that sparked the whole idea. “Glenn and I were driving through a fog-drenched evening with my kid,” Fessenden explains, “and we were playing an old Karloff/Lorre radio show. We turned to each other and both said how much we loved it, and how important radio plays were to us growing up. Then it dawned on us—we had to do this ourselves.

“So we called in a lot of our comrades,” he continues, “and then people outside our circle, who haven’t made movies with Glass Eye but are artisans whom Glenn has met on the road.” In addition to Fessenden and McQuaid themselves, those from the Glass Eye stable who are taking part include The House of the Devil’s Ti West, Jim Mickle of the upcoming Stake Land, Satan Hates You’s James Felix McKenney, Joe Maggio of this year’s Bitter Feast and sound designer/I Can See You director Graham Reznick. Among the outside talents involved are Phantasm mogul Don Coscarelli, The Burrowers’ J.T. Petty and his novelist wife Sarah Langan, Grace’s Paul Solet, Douglas Buck of Cutting Moments and the Sisters remake, Sweatshop scripter Ted Geoghegan, Midnight Meat Train screenwriter Jeff Buhler, short filmmaker Ashley Thorpe and Liberty Kid’s Ilya Chaiken.

McQuaid believes that harking back to the days when horror was sometimes heard but not seen will encourage fresh levels of creativity from all these contributors. “One of the inspirations on this project, for me, was that I believe audiences are spoiled these days,” he says. “Filmmakers are struggling to show them something new, trying to surprise people visually. To pull that rug out from under ourselves as artists, and having to channel terror in a different way, speaks to all of my influences as a filmmaker. You’ll never be able to show the most horrific thing in everyone’s minds, so leave it up to them. When we simmer everything down, this is at the core of what we’re doing.”

“It’s fun to challenge so many of our comrades,” Fessenden adds. “Everybody was rather tickled by the idea, and we’ve got such an amazing variety. It’s a format that’s all about the writing, but what Glenn and I also love is that you can do so much with sound effects and music. We really want to create these audio environments.”

“That was my initial spark of interest,” McQuaid notes. “You can really isolate the listener. For me, it’s all about setting these pieces in obscure and very diverse locations. For instance, you may be on a trawler with a troubled crew, or maybe struck out on a desert moon…”

“The sound of the ocean waves, the sound of the desert wind!” Fessenden interjects. “That’s the whole idea: the sounds participating in and creating the environment. It is so much a celebration of the imagination. It’s the opposite of CGI; we’re going back to a more spare storytelling experience.”

Glass Eye’s films have frequently been noted for their chilling aural environments, courtesy of Reznick and composer Jeff Grace. And Fessenden confirms that both artists will be involved with Tales from Beyond the Pale, revealing, “I just spoke to Jeff today—one of the most overworked and underpaid men in show biz—and he will provide the theme song, which will be tremendously good fun. We’ll certainly encourage each contributor to use a sound or a musician they want; everyone’s welcome to find their own muse. We’ll always offer Jeff; it’s just up to the director to make the decision. Jeff is such a resilient and malleable talent that we feel confident offering him, and Graham will be involved too. We’re borrowing these guys from our features, so it’s going to be a delicate balance.”

“What’s inspiring for me,” McQuaid says, “is that I have a lot of ideas, but they’re all insane, and not many of them are going to make it to the big screen. So to have an outlet like this for them is fantastic. And who knows, if they get through this stage of audio theater, they could bounce on from there to some other form.” Adds Fessenden, “I told Glenn we’ll need a rating system, because some of the episodes will be, ahem, unsuitable for children.”

Scripts are currently coming in and production begins in August, with some of the cast to be brought in from past Glass Eye projects. The duo hope to have the first episodes available for listening by Halloween; they’ll be posted at the series’ official website and will be downloadable via iTunes and Amazon.com. Each installment will have its own accompanying poster artwork, painted by Rue Morgue’s Gary Pullin. In closing, Fessenden offers an explanation for the program’s moniker:

“The pale—which is from the same terminology as ‘impaled’—is an Old English reference to a stake of wood. In the old days, when you had your little village, you would put a fence around it, which was a series of pales. So anything beyond the fence—or beyond the pale—“

“Was beyond all perception,” McQuaid says.

“Most disturbing and unorthodox,” Fessenden adds.

“Uncanny, even,” McQuaid continues. “Our tales are generally about people who wander outside the pale, into the unknown. They’re inspired by Roald Dahl, Richard Matheson, Shirley Jackson…all these contributed to the seed of the idea. But everyone is coming in and adding their own flavors, so it’s very exciting.”