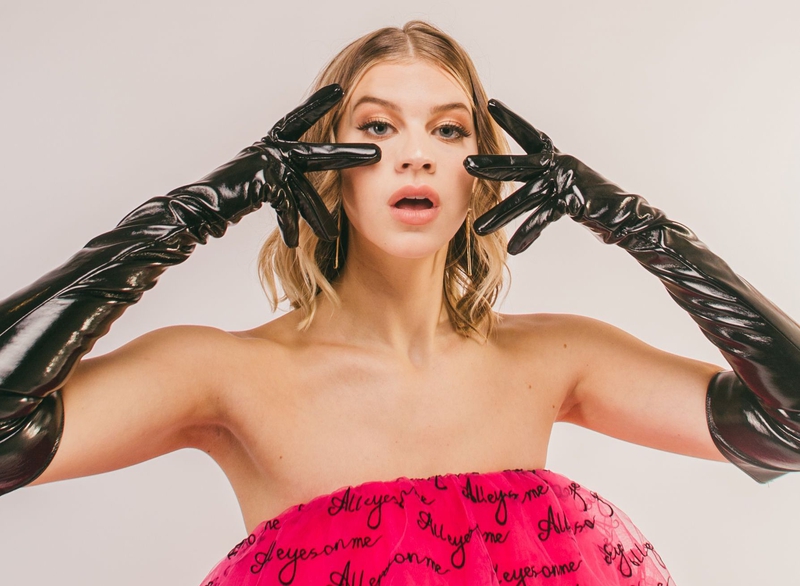 The omnibus fright project Kindling, which we first told you about here, has added model/makeup artist Sydney Morgan (pictured) to both its cast and producing roster. The 19-year-old Morgan’s makeup videos have won her eight million followers on TikTok and over 2.5 million YouTube subscribers, making the transition to filmmaking a natural one. “I’m super excited to be not only acting in the film but also on the other side of things as a producer,” she says. “It’s giving me so much valuable insight into what it really takes to plan and execute a movie. And I can’t wait to share it with everyone!”

In addition, Morgan’s manager and Next Step Talent founder Temima Shames is joining the Kindling producing team, and director Erynn Dalton says, “In an industry usually dominated by men, it is unique to find a group of women helming a film, especially horror. With Kindling, we were committed to hiring as many female department heads as possible, so when the opportunity arose for Sydney and Temima to come on board as producers, I was absolutely thrilled. I’m so grateful to be creating with this team of incredible women!”

The synopsis: “The film follows Johnny (Manning), who brings his girlfriend home to meet his family one year after the death of his father. Greeted by his sister Kat and Uncle Marcus (Beaver), they settle in for a night of scary stories around the campfire. It does not take long before Johnny’s girlfriend begins to realize there is something far more sinister behind these stories, these people, and this place. In fact, it all may not be as random and innocent as it first appears. The three macabre tales are set in varying time periods, including the early 1800s, during which a group of headstrong pioneer women set out to retrace the steps of their missing husbands, brothers and sons, led by tough-as-nails Mother Ruth (Barbeau.) What they instead find is a trail of blood and carnage that leads them directly into the path of a cannibalistic Wendigo.”

An Indiegogo campaign is currently up and running for the movie, with a portion of the money raised going to a pair of charities that mean a lot to its creators. Morgan says, “The campaign is giving back to a charity that is very special to me, the Crohn’s and Colitis Foundation, which helps to find a cure for this disease that affects me every day as well as millions of others.” Also, a beneficiary of the campaign is The Trevor Project, a nonprofit devoted to counseling and suicide prevention for LGBTQ youths. “The Kindling team is proud to contribute to The Trevor Project,” Dalton states. “It’s such a supportive, inclusive organization and we want to give back to those who are helping our LGBTQ friends and family.”