So Much More Than The Headlines: YOURS CRUELLY, ELVIRA: MEMOIRS OF THE MISTRESS OF THE DARK 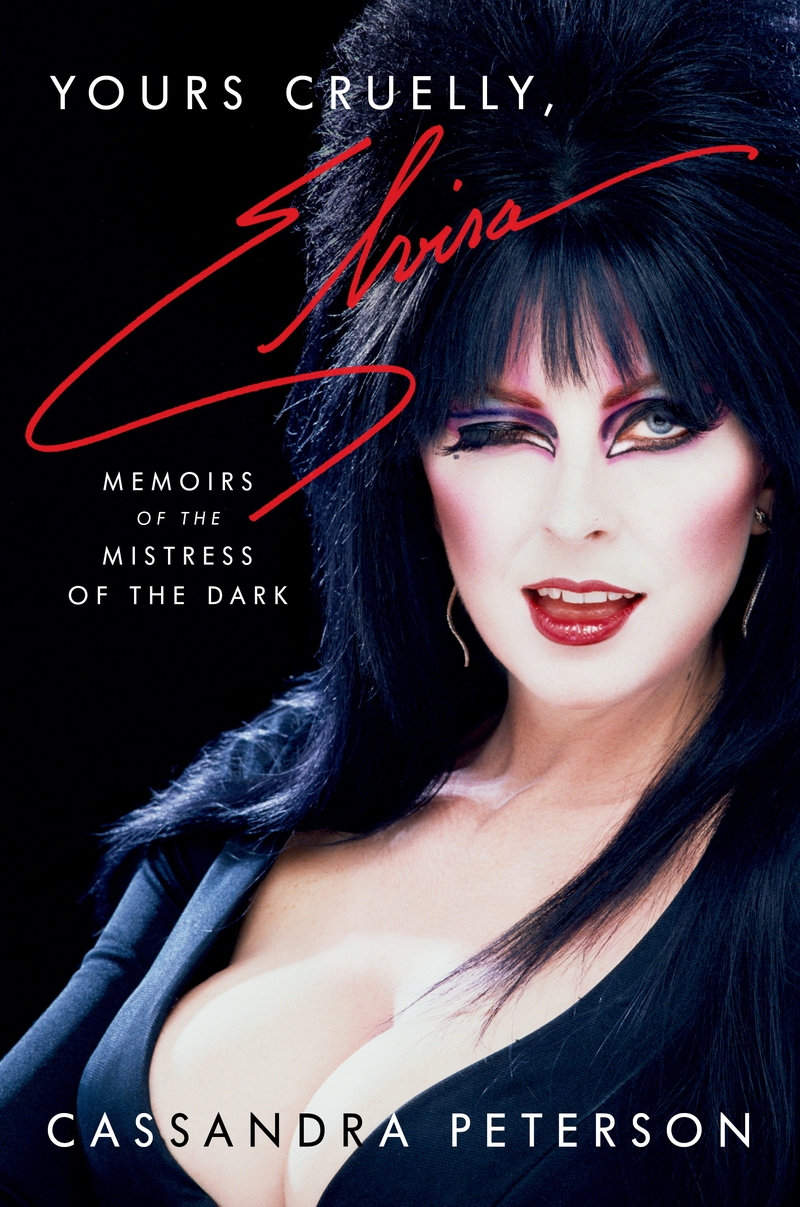 YOURS CRUELLY, ELVIRA: MEMOIRS OF THE MISTRESS OF THE DARK (2021)

Much of the press surrounding Cassandra Peterson's new memoir, Yours Cruelly, Elvira: Memoirs of the Mistress of the Dark went heavy on the headlines of a certain revelation Peterson made within the pages. And while the choice to share the personal information with Elvira fans that she has been in a nearly two-decade relationship with a woman did mean something major to many of us, the fact that it was the headline plastered everywhere felt... I don't know, strange somehow? Coupled with the fact that suddenly pictures of Peterson and her partner T were making the rounds, it all felt somehow beside the point. Peterson covers a lifetime of movie-worthy events in the chapters before Elvira ever comes into play; a fascinating, rich, wild, adventurous life. Towards the end of the book, as the pages catch up to the contemporary life of Cassandra, she shares with readers that she has been in a long-term relationship with her partner T, who is a woman, for the last nineteen years. Was it big news? Sure. Was it the headline of an entire book based upon an incredibly fascinating life? Eh.

Before becoming Elvira, Peterson was a teenage Las Vegas showgirl, lived in an actual literal treehouse, had an encounter with a potentially eternal immortal pigeon, and these aren't even the juiciest bits! In all honesty, you could pull any span of three to five years from these pages and have a movie rife with exciting tidbits. The potential headlines are bountiful: "Elvira Is a Witch!" "Elvira Was Kidnapped in Italy and Escaped to Tell the Tale! "Elvira Learned to Twirl Nipple Tassels at the Tender Age of Way Too Young!" The fact that all of these years are compiled into the life of one single human is hardly comprehendible. But it's all here, unfolding as a stranger-than-fiction life led by not just a horror idol but a bonafide pop-culture icon. A phenomenon, if you will. The raw honesty is something to be admired; it never feels like Peterson pulls back when it would have been a hell of a lot easier to. Instead, she chooses to name names, voices support for the Me Too movement, and calls upon the men in the audience to stand up. During our chat, there was admittedly one person she didn't want to read this book — her mother. Theirs was a complicated and often tumultuous relationship, and Peterson said she couldn't have written the book while her mother was still alive.

Peterson is very clear in the way she differentiates Elvira and Cassandra as two separate entities. Elvira is a character, a persona. Cassandra is the person behind the persona. And she's done a great job over the years of maintaining a level of privacy for her personal life. Although she was married for years and has a child, she, for the most part, kept her private life out of the public eye. Serving to protect her private life and also to protect the fantasy of Elvira as a sexy, mysterious, and perhaps most importantly... obtainable Mistress of the Dark, "People don't want to think about Elvira cooking dinner and being a Mom" she tells me during our interview.

Now I'm not saying Peterson publicly sharing her relationship within these pages wasn't important. In fact, it was so important that I started inexplicably crying. That is to say, it felt inexplicable until it felt very obvious. Here was a lifelong icon — a hilarious, brilliant, witty, successful, unapologetically sexy businesswoman doing it all on her own terms, somebody who embodied so many wonderful qualities and achieved so many impressive accolades, and also a part of the LGBTQ+ community. We hear the phrase "representation matters," and we may know it, we may understand it, but by God, when that representation comes in a way that makes you feel seen or hits on a very personal level, it hits hard. Hard enough to shake out tears. Something that has been vilified in history has found more acceptance in recent times, but people apply labels and make assumptions which is why I grappled with this new label taking the forefront for someone I so deeply admire.

Joy because sharing this truth meant being set free from a secret she and her partner had kept for years. Joy because it is a community I belong to and celebrate every chance I get. Joy because there are so many different ways to be, even for those under the umbrella of the same label. And along with this joy, there was also a certain protective instinct and frustration that kicked in; a frustration that this woman has achieved so much, wrote a whole ass book about all the fascinating lives she's lived in the course of one singular lifetime, and the damn headlines were centered on the label of sexuality. I realize my own bias is showing, the frustration of being reduced to a label that is important, sure, but still represents only part of the equation. So while it may not be my headline, the primary emotion is still joy. Celebration. Admiration for one hell of an interesting human. The truth will set you free, and according to the Mistress of the Dark, it feels pretty good.

Yours Cruelly is now available, get your copy here. And if you're into audiobooks, Cassandra Peterson narrates this herself for an added bonus. 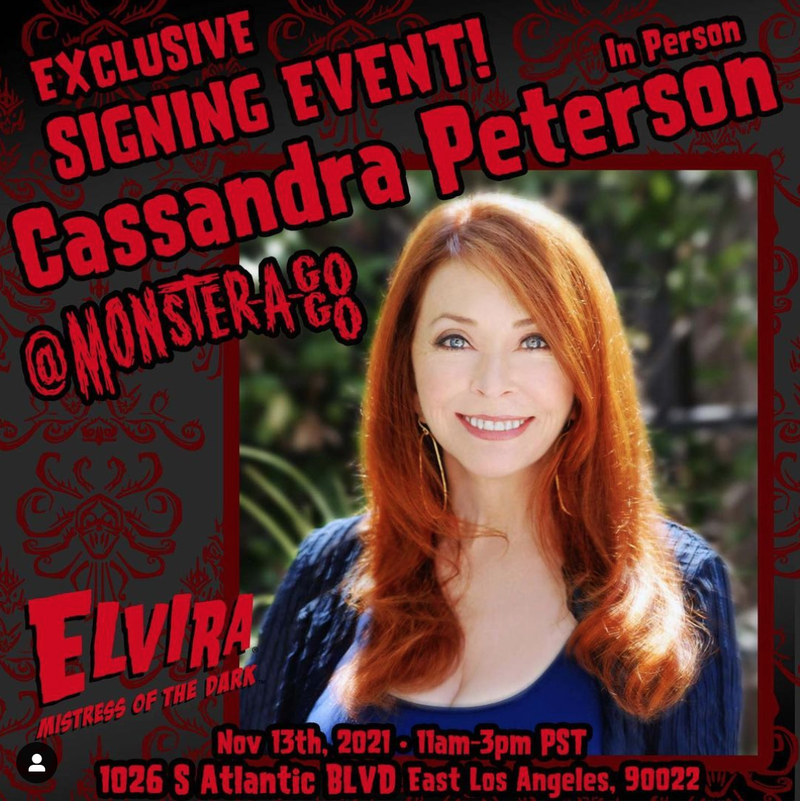 If you happen to be in the Los Angeles area, Cassandra Peterson is doing a book signing Saturday, November 13 11 am - 3 pm at Monster-A-Go Go