And we have a first look! 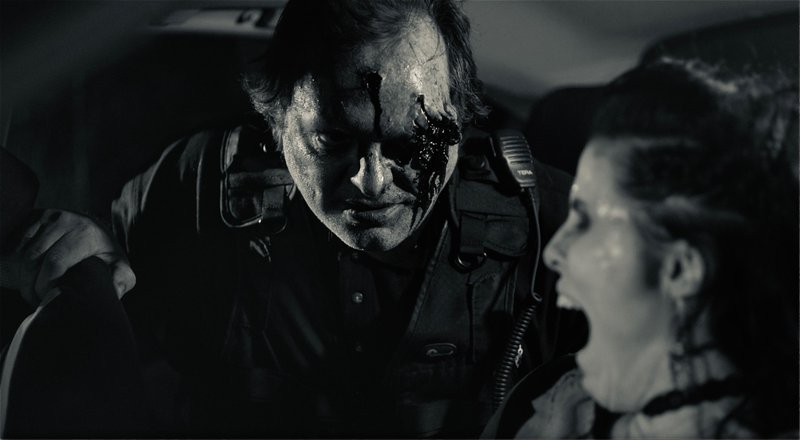 Like all of us, horror creatives have spent quarantine re-evaluating the way they connect and network in what has become a largely virtual world for the past year-plus. Clubhouse, the iOS social media app that facilitates communication through an audio-only platform, has grown into a new meeting ground for the horror community, with folks like Barbara Crampton, Jed Shepherd and many more getting together to share their experiences and talk movies. Some of that networking has manifested into Sinphony, a horror anthology produced by Sebastien Bazile and the first film to be born out of Clubhouse! 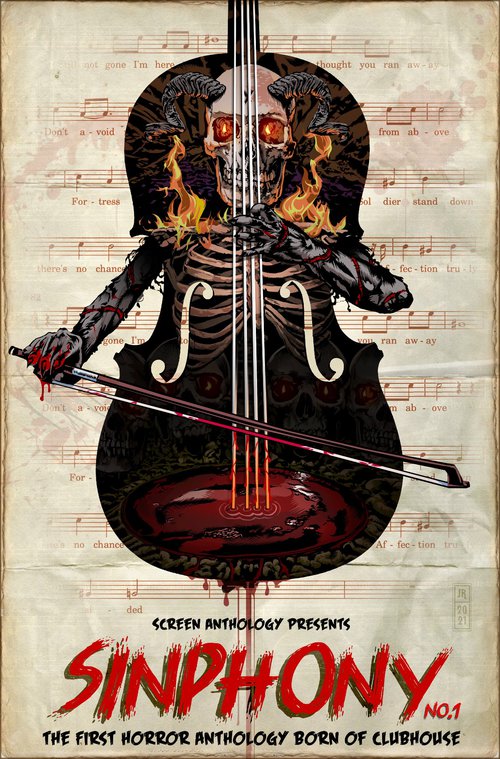 Bazile – who is producing with his partner Michael Galvan and financing through their company Screen Anthology with Scott Norvell – tells me that Sinphony is "in production at the moment from all over the world: UK, Canada, US, Sidney," and he exclusively shared the poster and a few images, as well as a breakdown of each segment! 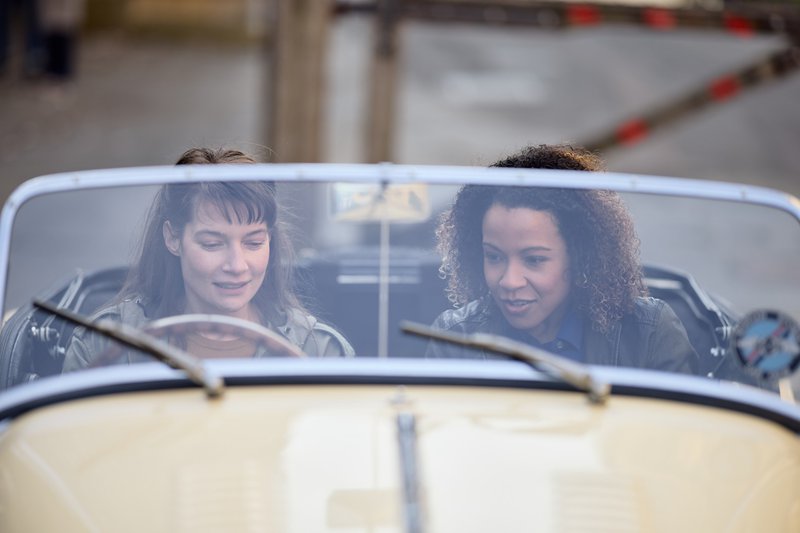 The anthology explores various aspects of the human condition as each character traverses through tragedies caused by a supernatural entity.


A small-town innkeeper’s growing concern over domestic abuse between his new guests takes a horrific turn as he stumbles upon their monstrous secret.


After a botched robbery, a young woman bleeds out in her car, while being terrorized by a ghostly figure.


DO US PART - Writer/Dir. Kimberley Elizabeth (Nightmare on Film
Street)


A recently separated couple comes to terms with the fact that one of them is a ghost.


A witch must summon the power of her coven to defend her child from a crazed killer.


Intent on capturing an original moment in time, a woman faces a deadly battle when the moment fights back.


A struggling comedian stuck in a dingy airport motel room without his phone and wallet becomes increasingly manic when he can’t reach his girlfriend via the landline.


In a desperate attempt to preserve her youth, a 30 year old woman engages in a social media dance craze that may have dire consequences.


A trucker is pressured by his future self into committing a horrific act to secure his only child’s life.


A great spirit is unleashed when an abused native American boy finds an ancient relic.


A parasitic brain infection causes by a cursed song when heard, sends a cult into a killing frenzy.

Sinphony is currently slated to be released in October or November of this year, and so far the cast includes Host's Haley Bishop, who will star in her own segment "Forever Young," as well as Blithe Spirit's Stella Stocker and Not Going Out's Donna Louise Bryan, both of whom will star in Mark Pritchard's "Limited Edition," pictured above.

It's early days yet on Sinphony, but there will surely be much more news to report as the film continues production on each segment, so stay tuned for a trailer, expanded cast list and and more!