As we near A QUIET PLACE PART II, Mike revisits the original with one of its screenwriters. 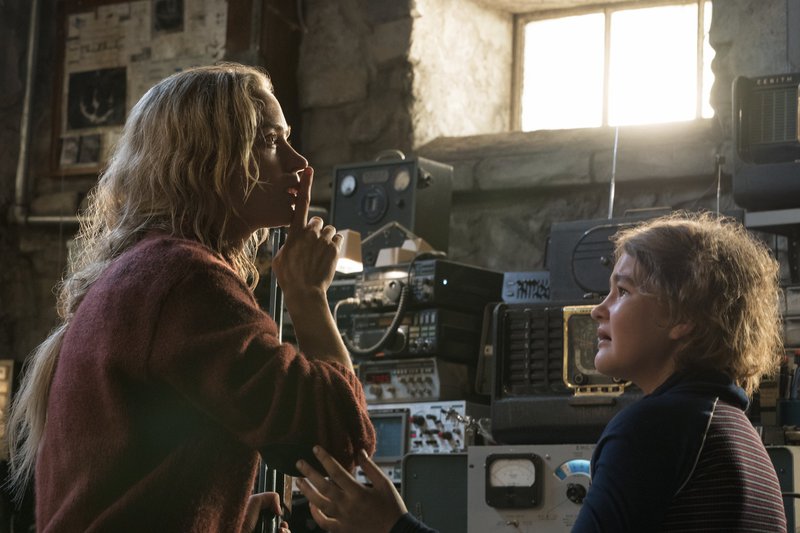 Emily Blunt and Millicent Simmonds in A QUIET PLACE (2018).
Powered by JustWatch

The horrors are bigger and badder in A Quiet Place Part II, opening this Friday from Paramount Pictures after a long pandemic delay, yet they remain rooted in our concerns with and for the Abbott family. That’s a carryover from the 2018 original, in which the closeness and resilience of Lee (John Krasinski, who also directed), Evelyn (Emily Blunt), Regan (Millicent Simmonds) and Marcus (Noah Jupe) formed the dramatic spine amidst the frightening creature attacks. As the original became a critical darling and a sleeper hit, opinions began to arise (as they tend to once a genre film reaches a certain level of success) that A Quiet Place was “not a horror film,” but a thriller or drama that just happened to have monsters in it.

Scott Beck, who wrote the original A Quiet Place screenplay with Bryan Woods, believes it doesn’t have to be an either-or proposition. “When A Quiet Place came out,” he recalls, “my dad, who’s not a genre aficionado, was like, ‘Oh, it’s a horror film, right?’ I told him, ‘Yes it is, but it’s also got something for you and your friends, who are all in their 60s and 70s and never watch horror movies.’ I kept hearing time and time again that people they knew, like their church friends, were saying, ‘Oh, that was such a beautiful family drama!’ And I was like, ‘Yeah, but it was scary, too, right?’ ‘Yeah, it was terrifying, but it was just so sweet!’ And then we would hear from our horror friends who are the same age as us, ‘That was terrifying, I loved it,’ and we would say, ‘Oh, but you liked the emotions behind it?’ and they were like, ‘Yeah, that was cool, but it was so scary, like, when she stepped on the nail!’

“So I think – and this was somewhat by design – that the movie had something for everyone,” he continues. “It could be just a horror film if that was your bag, but it could also be this emotional family drama if that was your bag, too. For me and Bryan, our favorite movies are genre-blenders that are able to deliver multiple emotions and feelings on that same level – the same way that Parasite, one of my favorite recent films, was able to blend humor and drama and suspense and horror at times all together in a package that ultimately feels satisfying. Those are the movies I love seeing, and to hear the varied reactions to A Quiet Place was actually very exciting.”

At the same time, he’s not enamored of the term “elevated horror,” which has been applied to any number of successful fear films in recent years – implying that the genre needs to be elevated in the first place. “That phase gets thrown around so much,” Beck says, “and hearing A Quiet Place described as an ‘elevated’ movie, we felt that was a misappropriation of the word. Elevated should just go back in the dictionary where it belongs, in that what people are really responding to is that there are layers beneath the film if you want to pick at it. At the same time, there are layers beneath A Nightmare on Elm Street 2, and I don’t know that enough people who are throwing around the word ‘elevated’ are using it in that context. I believe it has just become an interesting time to discuss film; there are so many genre and descriptor applications that you can put on movies, but what’s exciting to us is that people are talking about horror on potentially a larger canvas now, so whatever gets more people into the genre is exciting.”

There was another point of discussion and contention when A Quiet Place came out, and that was Tim Lebbon’s 2015 novel The Silence, which had a film version in the works at the time. The book also tells of an invasion of the U.S. by sound-sensitive, human-hunting creatures and the struggles of a family with a hearing-impaired teenage daughter to survive, leading some Lebbon fans to cast a suspicious eye upon A Quiet Place – and, conversely, for the Silence movie to be viewed by some online onlookers as a Quiet Place knockoff when it debuted on Netflix the following year. Beck notes that he and Woods, who began work on their script before the publication of Lebbon’s book, only became aware of the latter “after the fact, when A Quiet Place was about to come out, and then we heard that The Silence was a movie that was going to come out, and that it was based on a book. All we have to say is that we’ve been on the other side of that, where we’ve had a project we were working on, and then we found out there was something else that had beaten us to the punch. It’s always a bummer when things get kind of put toe to toe in a big arena like that. I always root for any underdogs whatsoever, so I do hope that it got its day in court fairly.”