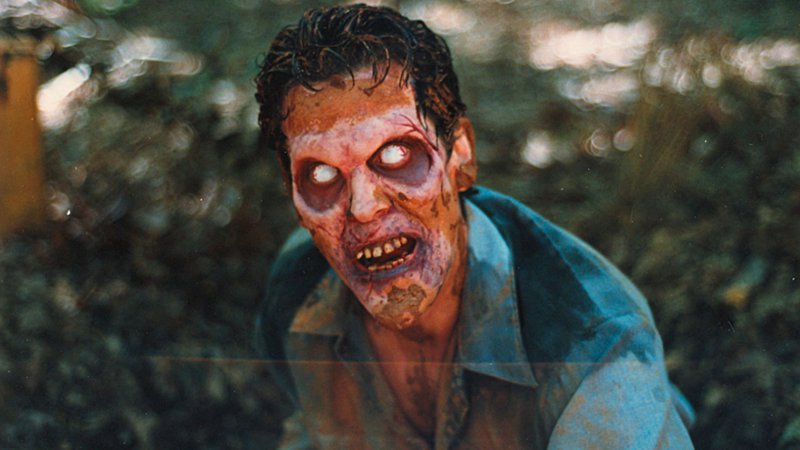 Stuck at home (thanks, coronavirus) and in need of a fear fix? This month’s Scarred for Life contributors, many with new chillers hitting VOD in the weeks ahead, suggest some top-shelf nightmares to compete with the current unease in the real world. Shelter in place with these classic horror hits!

Brett & Drew Pierce, writer/directors (The Wretched, on VOD and iTunes May 1)

Brett: “I choose Halloween (1978). Michael Myers is ‘The Boogeyman’ of my life. To this day, I have yearly nightmares about ‘The Shape’ that cause me to snap awake and check the house. John Carpenter and Michael Myers have fundamentally rattled me my whole life on October 31st and if that’s not the definition of horror, I don’t know what is.”

Drew: “I pick Evil Dead II (1987). That movie altered my brain in a way that can never be undone. I felt trapped in that movie the same way you can feel trapped in a bad dream. It felt like there were no rules, just one horrific and imaginative sequence after another. I had watched it at such a young age that I couldn’t really separate the comedic moments from the horror. They just made me feel more off-balance like I was going insane with dear old Brucey.”

“The horror that scarred me most was Candyman (1992). I saw it when I was 6 — too small for such kinds of movies! And it’s not about the blood or violence. The most impressive thing about Candyman was the mix of urban story and the classic fairy tale. You can be in the apartment on the sixth floor, in the middle of the modern city, but the old evil can come for you… At least for a year after that, I couldn’t look at mirrors. And, of course, I couldn’t even imagine saying his name five times. I rewatched Candyman a month ago. Now, of course, it’s not so scary, but it still looks very cool. I really like the story and the atmosphere.”

“For me, it’s The Texas Chain Saw Massacre (1974). The original is still one of the best horror movies ever made. And actually, if you watch 1BR, you will notice that I definitely, shall we say, pay some homage to it in certain places. Texas Chain Saw Massacre was the first time I’d seen a horror movie that felt so real in such an understated way. And that just made it so much scarier. The Exorcist is a wonderful movie, but it feels like a movie. Whereas, Texas Chain Saw Massacre almost felt like you could be watching a documentary. And then you get to the end of that movie, and Sally gets away and she’s on the back of that truck. And just the look in her eyes, I remember going like, ‘Oh, she’s not OK. She’s not going to be OK.’ And just leaving the movie with that feeling, it really stayed with me. It’s a masterpiece.” 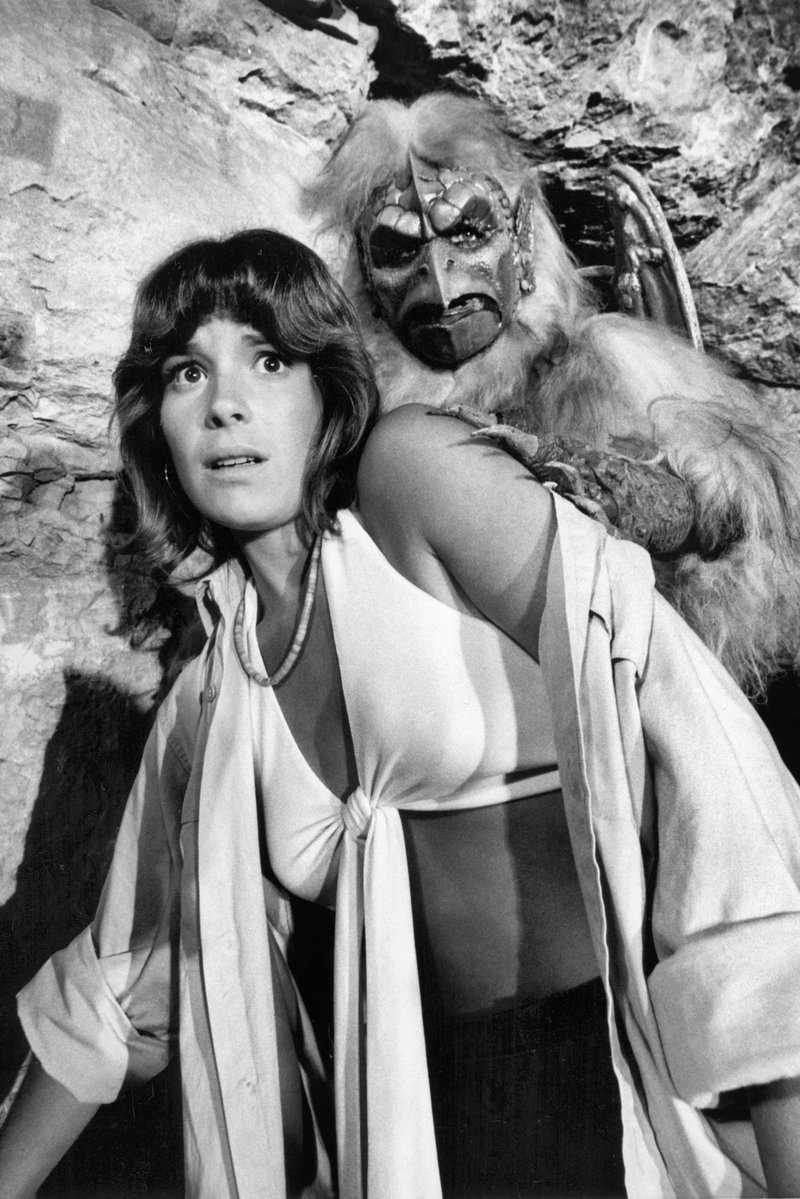 “There is one movie that I saw as a kid with my dad at home on WPIX Channel 11 Chiller Theater (that intro to the show alone was nightmarish) called The Thing That Couldn’t Die (1958). But one that really shook a 7-year-old me was a 1972 TV movie called Gargoyles. It really shook me that perhaps devils/demons were actually living in the U.S. and were in the Southwestern U.S. I mean, it was hot enough for creatures of hell to survive, right?”

“I wasn’t allowed to watch horror as a kid, despite my appetite for it, but I remember my aunt and cousins letting me watch Ghost Story (1981) with them. I was perhaps 7 or 8 and completely unprepared for it. What struck me most was that it was about older men — grown-ups! — who were helpless and terrified. I realized with horror that fear doesn’t go away as you grow older. For weeks, I couldn’t turn around in bed at night, for fear that Alice Krige’s ghost might be lying beside me.” 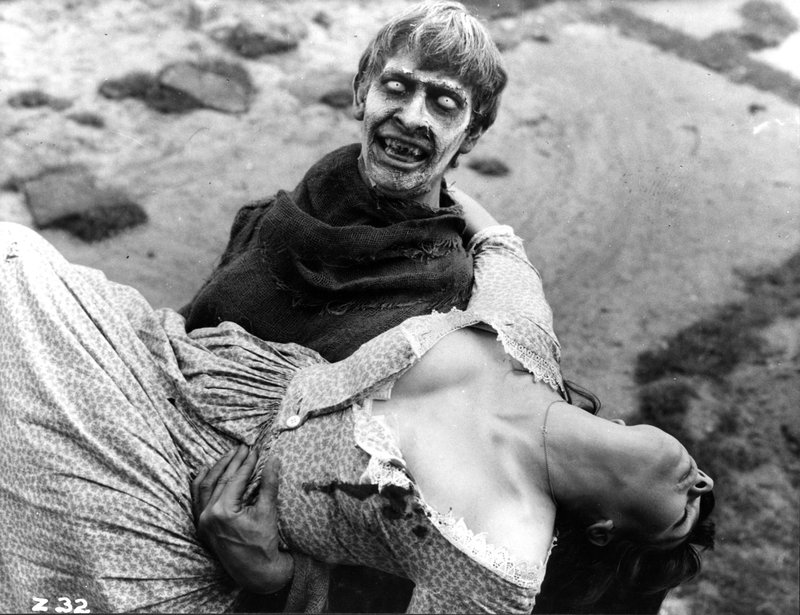 The Plague of the Zombies

“When I was about 7 years old, my dad took me to the awesome Fox Theater in Detroit, Michigan, back in January 1966 to see the Hammer double feature Dracula, Prince of Darkness and Plague of the Zombies. The nightmare sequence in Plague of the Zombies really freaked me out — when the very dead Jacqueline Pearce suddenly opens her eyes and rises out of the grave in the cemetery and stalks Brook Williams and he beheads her with a shovel (à la Evil Dead, no coincidence) and then all of the other zombies rise up out of their graves and attack! I was terrified beyond belief. Very gory stuff for 1966.”

Jen: “For me, it would have to be The Exorcist (1973). I had been well aware of prosthetics and the illusions of filmmaking since I was little, but this experience was very different. It felt like you were watching something you were not meant to see. As a Catholic, I was like, ‘Oh wow, you can’t say or do that! Not even in a movie.’ It still unsettles me to watch to this day. The tone is just unforgiving.”

Sylvia: “I didn’t know films had the ability to stay with you forever until I was introduced to Martyrs (2008) one afternoon. We double-featured with Inside, so it was an exceptionally upsetting day. Martyrs’ unrelenting brutality of the violence intermixes with a love story that becomes one of the most twisted displays of worst cases of religious fundamentalism. It’s difficult to watch, but even more difficult to forget. An absolute masterpiece.”

“The one for me is Roman Polanski’s Repulsion (1965). It was transformative for me as a young film student because the monster in the story is the unraveling mind of the protagonist, played by Catherine Deneuve. I came to understand viscerally that nothing is as terrifying as being unmoored from reality and knowing that there are horrors from which there is no escape.”