From the college filmmakers who brought you Satan's Servant, comes a new school of horror. 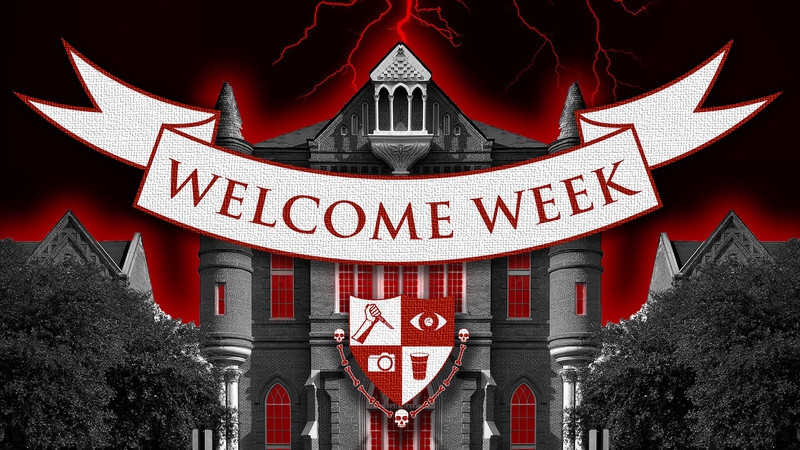 Have a killer WELCOME WEEK!

All four of Andrew's older siblings mysteriously died in their first week of college. It's his seventh night on campus and a masked killer is stalking the dormitory halls. Can he and his roommate survive the night?

"As we headed to college, we knew we wanted to make a follow-up feature, but we also knew that it would be difficult with our crew geographically divided and busy with college workloads. After seeing the talent surrounding us at our film schools, we were inspired to develop a horror anthology to showcase the next generation of horror filmmakers and portray some of what makes college so terrifying," says Screenager.

"From the beginning, we knew that we needed to expand our team for this project. With their help, we assembled a crew of writers who delivered four excellent short scripts to fit within Jack's framing device."

The anthology features five terrifying installments from the college filmmakers on a variety of campuses:

Welcome Week by Jack McDermott: Andrew and Josh are two college roommates from opposite worlds. Andrew lives a cautious life after all four of his siblings died in their first week of college. Meanwhile, Josh Indulges in a lifestyle of drinking and partying. When a masked killer strikes, they must work together to survive the night. Amongst the chaos, Andrew tells Josh how his siblings perished in the past, each vividly portrayed through a short film:

The crew has chosen to donate 5% of all Indiegogo proceeds along with a portion of the film's earnings to the Sandy Hook Promise charity organization.

"As Gen Z, we all grew up with the reality that we were not safe at school. We are all very passionate about making the world a better place for the generations to come. We decided to donate 5% of our fundraising money as well as a portion of the film's earnings to Sandy Hook Promise, a nonprofit founded by family members of the victims of the Sandy Hook shooting to end gun violence. I grew up right outside of Newtown and have seen the amazing work this charity does to prevent gun violence and promote safe learning environments. While our film deals with college horror, we firmly believe that violence has no place in schools in the real world," says Cory McCullough.

Filming on the project is set to begin in multiple locations this Fall. Keep up with all the latest information, including an Indiegogo campaign, by following Screenager Productions on social media @ScreenagerFilms (Instagram and Twitter.)