Review: WHITEOUT And NOT FORGOTTEN 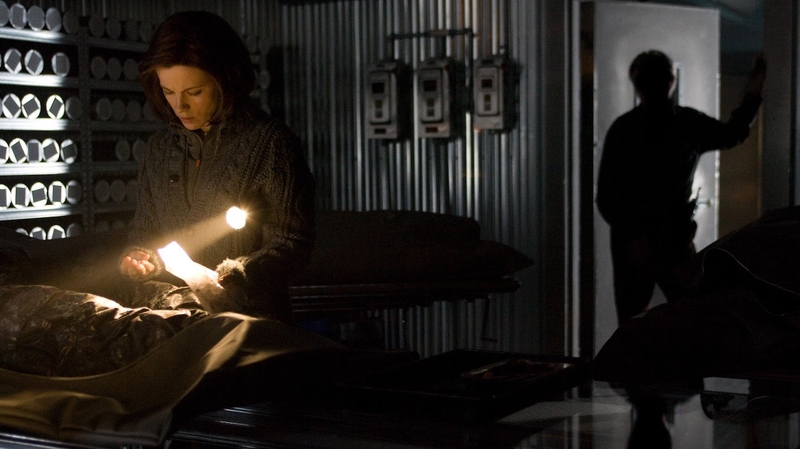 Editor's Note: This was originally published for FANGORIA on September 10, 2009, and we're proud to share it as part of The Gingold Files.

Despite minor genre trappings sprinkled throughout both, neither the widely playing Whiteout nor the limited release Not Forgotten is really a horror film. That hasn’t stopped Warner Bros. from trying to sell Whiteout like one, though what they’re pitching as a literal chiller about a malevolent presence terrorizing a South Pole research station turns out to be a mystery/suspense drama without mystery, suspense or drama.

Kate Beckinsale trades in her Underworld leather garb for a parka to play U.S. Marshal Carrie Stetko, who’s about to wrap up a stint on Antarctica (which the film helpfully reminds us is “the coldest, most isolated land mass on the planet”). Within the film’s first eight minutes, she and the filmmakers demonstrate that they’ve remembered her fans via a lengthy shower scene, but she has barely freshened up before she’s confronted with a new, serious case: a dead body has been spotted out in the middle of the frozen wastes. Her examination of the corpse at the site and its further postmortem by station doctor John Fury (Tom Skerritt in the Kris Kristofferson part) reveal that the guy was murdered, and Carrie sets out to warn the other two members of his team before they fall victim. What she’ll discover, and the audience will already know from a prologue, is that this and (only a couple of) subsequent deaths are tied in to a Russian cargo plane that went down in the area in 1957 after its occupants got into an ill-advised on-board gunfight.

The opening act borrows quite a bit from the 1982 Thing playbook, only without John Carpenter’s brooding sense of menace and a protagonist with the grit and edge of Kurt Russell. Beckinsale seems to be operating at half-energy here, and she’s not the only one; despite an impressive physical production (frigid locations courtesy of Manitoba, Canada) and occasional applications of an ice ax, director Dominic Sena fails to build any sort of tension or urgency into either the dramatic or suspense scenes. (Ace action specialist Stuart Baird’s credit as “supervising editor” suggests an attempt was made to save the movie in the cutting room, to little avail.) A major fight sequence outside the station is impossible to follow, given that those involved are all bundled under cold-weather gear in the midst of blinding snow, and when three of the principals suddenly become trapped under 20 feet of ice with no apparent means of escape or hope of rescue, they react with all the concern of folks who just missed a bus.

The source material, Greg Rucka and Steve Lieber’s highly regarded graphic novel, was adapted by Jon Hoeber & Erich Hoeber and Chad Hayes & Carey W. Hayes, but the script’s creation by a pair of brother teams is its only novelty. Whiteout proceeds as a series of overly familiar setpieces enacted by half-formed characters; supporting players Gabriel Macht, Columbus Short, Alex O’Loughlin and Skerritt have been given little to do, and look like they know it. On a physical level, at least, it’s clear everyone involved busted their humps under challengingly cold conditions (or studio recreations thereof), and it’s a shame their efforts have resulted in a movie that’s as flat as the Antarctic plains. 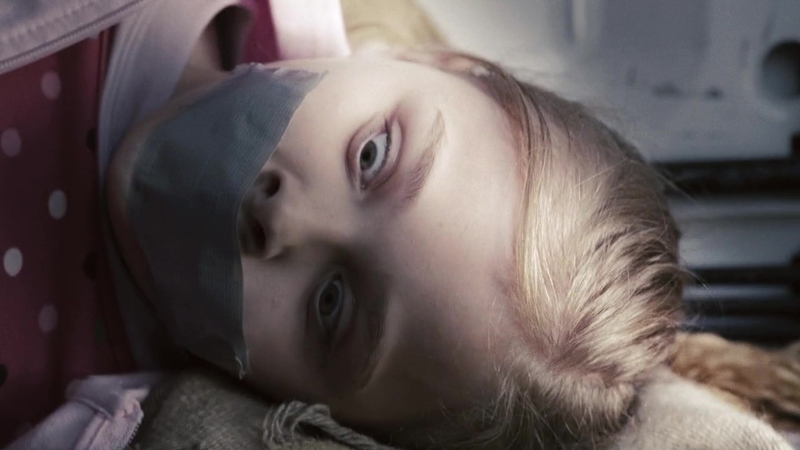 Meanwhile, down in the warmer climes of the Texas-Mexico border, Not Forgotten stars The Mentalist and Land of the Dead’s Simon Baker as Jack Bishop, a banker whose life with new wife Amaya (Paz Vega) and tween daughter Toby (Chloe Moretz) is so happy at first glimpse that it seems destined to be shattered. And sure enough, it is: Toby vanishes after a soccer game, and the local police prove to be of little help in tracking her down. So Jack undertakes his own investigation—which, among other things, brings him into contact with the world of Santa Muerte. This cultlike religion, which apparently exists in reality, is steeped in gruesome ritual, and promises to bring Not Forgotten into supernatural-thriller territory, but it never gets there. Rather than a significant plot element, Santa Muerte winds up relegated to being another splash of local color, like the glimpses of women sitting in front of TVs, glued to their telenovelas.

The key focus of the story, scripted by director Dror Soref and Tomas Romero, is the dark secrets about his own past that Jack is forced to confront in the course of trying to retrieve Toby. When his search takes him across the border to Acuña and into a local whorehouse, one of the working girls not only recognizes him, but addresses him by a different name and refers to Toby by one as well. That cues a series of revelations that Jack may not always have been such a nice guy, and Baker does a fine job slowly revealing the different shadings of his protagonist. In fact, the entire cast of Not Forgotten is solid, with sympathetic turns by Vega and 12-year-old genre veteran Moretz (from the Amityville Horror and The Eye remakes, etc.) and a well-chosen assortment of menacing mugs in supporting turns. Viewers of a certain age might get an unintentional giggle, however, when Gedde Watanabe, Long Duk Dong himself, turns up as an FBI agent, and others might have a hard time taking Borat’s Ken Davitian seriously as a priest.

Soref gets a good deal of atmospheric mileage out of his locations, including the same area used in No Country for Old Men, and maintains an intriguing enough pace. (Interestingly, editor Martin Hunter also worked on Whiteout.) For all its qualities, though, Not Forgotten never quite breaks out to become as tense or gripping as one hopes. Once it becomes evident that there’s more to Jack than first meets the eye, the plot proceeds with more inevitability than surprise, and—a couple of severely bloody moments and climactic Santa Muerte ritual aside—there’s a sense that Soref and co. are holding back a bit, anxious that their movie be taken seriously as a probing drama rather than embracing the exploitative elements they’ve built into their own storyline. Frankly, this kind of thing was done with more verve—while still making room for the personal stuff—back in the ’70s days of accomplished drive-in flicks like Rolling Thunder.