Review: WELCOME TO THE JUNGLE 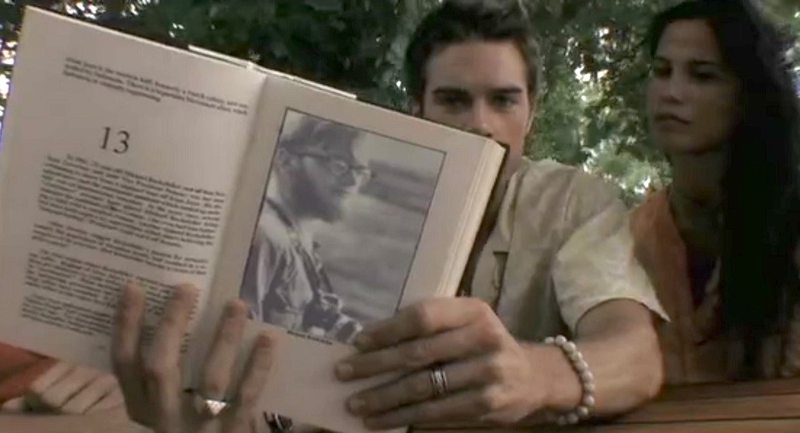 Editor's Note: This was originally published for FANGORIA on November 13, 2007, and we're proud to share it as part of The Gingold Files.

Back when The Blair Witch Project was first released, a small faction of hardcore horror fans lobbed accusations that its creators had ripped off Ruggero Deodato’s Cannibal Holocaust, since both presented their onscreen events as found footage left behind by the ill-fated protagonists. These charges, however, ignore the very different aesthetics employed by the respective directors. In Holocaust, Deodato employs that device as a means to show all, as its documentarian characters shove their lenses right into the thick of the bloody action, with no horrifying detail escaping the camera’s eye. Blair Witch’s Daniel Myrick and Eduardo Sanchez, on the other hand, went in an entirely different direction: depicting only what their amateur filmmakers “see” without breaking away to an omniscient point of view that might reveal more, keeping the horrors often literally in the dark and reinforcing our identification with the protagonists. To claim that Blair Witch stole from Holocaust on any but the most fundamental stylistic level is like saying George Lucas ripped off Stanley Kubrick by making a movie set in outer space.

The distinction is indirectly emphasized by Welcome to the Jungle, an acknowledged (during the commentary on the DVD from Dimension Extreme/Genius) homage to Holocaust filtered through the format of a Blair Witch knockoff. The story is told through the camcorder of two couples: Aussie girls Mandi (Sandi Gardiner) and Bijou (Veronica Sywak), and two American guys, Colby (Callard Harris) and Mikey (Nickolas Richey), they meet on a Fijian vacation. Alerted to the real-life story of Michael Rockefeller, who vanished in cannibal-infested New Guinea in 1961, and informed of evidence that he might still be alive, the foursome decide to head out in search of him, and whatever reward they might receive if they succeed. Just as in Blair Witch, we traipse through the woods alongside these inexperienced explorers as interpersonal conflicts brew up between them, creepy native totems are discovered and vaguely glimpsed threats begin to shadow them on their journey.

The scary stuff takes a while to get cooking, though, and for a long portion of the running time, what tension there is is intended to derive from Mikey and Bijou’s increasingly unpleasant and antisocial behavior. Watching the quartet bicker their way through the trees soon becomes tiresome, exacerbated by the fact that they’re making the trip pretty much on a whim, not out of any compelling sense of adventure. It becomes hard to fathom why Colby and Mandi don’t just turn around and head home as their companions continue to bait and harass them, and since nobody involved demonstrates any moviemaking ambitions, their continuous videotaping of the trek gets equally implausible. Any rational person under these circumstances would just put the damn camera away and concentrate on surviving, and the movie really begs disbelief when it writes itself into a corner about an hour in and resorts to an especially dubious story twist (“Thank God they didn’t find this one!”) so that it can continue to its conclusion.

Obviously the point is to demonstrate that, as director Jonathan Hensleigh puts it on the disc commentary, these ugly Americans and Australians are “more savage” than the cannibals. But even a story like this requires some element of identification with its principals, and Welcome to the Jungle provides very little. Once the horrors truly begin in the final 20 minutes, the vérité approach does lend a few minor chills to the proceedings—which would have been much stronger if we truly cared what happened to the hapless travelers, and if the mode of presentation itself didn’t help make their fates such a foregone conclusion.

Shot on mini-DV, Welcome to the Jungle bears a nice balance of the raw and the lush in its widescreen transfer, and the sharp Dolby 5.1 soundtrack contributes to the you-are-there feeling. Perhaps Hensleigh’s greatest achievement is the seamless combination of footage largely shot in Fiji with a number of nighttime sequences that, he reveals on the commentary, were lensed on a friend’s property in California. His track contains a number of interesting tidbits like this, as he explains how the movie was largely improvised off a 12-page outline, using a very limited crew and with the “bad” couple encouraged by Hensleigh to consistently bait the “good” couple without the latter’s knowledge. (The director does reveal that he apologized to them later.)

An expendable deleted scene is offered as a “window into the process” by Hensleigh, who can be heard guiding the actors off camera, but an even better one is provided by the 15-minute Into the Wild making-of featurette. Created by John Leonetti, who shared DP chores on Welcome with Hensleigh, this terrific minidocumentary is chock full of revelatory on-camera interviews and behind-the-scenes footage (from both the South Seas and So-Cal locations), dealing with everything from the performances to the wardrobe to the makeup FX, with the testing and shooting of the latter explored in detail. Had Welcome to the Jungle’s characters exhibited the passion and ambition for non-fiction filmmaking that’s on view here, their own story might have been a lot more compelling.