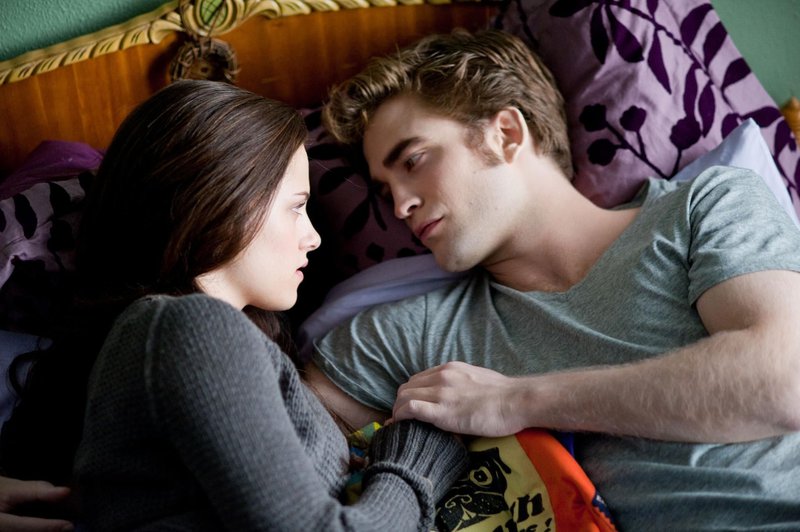 Editor's Note: This was originally published for FANGORIA on June 30, 2010, and we're proud to share it as part of The Gingold Files.

The positive buzz for genre fans on Eclipse, the third in the Twilight saga that’s made vampires and werewolves safe for tween girls everywhere, has been that the placement of 30 Days of Night’s David Slade at the helm would result in a darker film that would be more enjoyable for the rest of us. That it has—to an extent—but another positive is that under Slade’s direction, the characters have also lightened up a bit.

The previous films, Twilight and New Moon, were so devoted to maintaining the swoony tone of Stephenie Meyer’s novels that they rarely allowed any humor to creep in. This time, the screenplay by series regular Melissa Rosenberg includes a sprinkling of occasionally self-aware bon mots. “How often do we get to graduate high school?” asks one of the decades-old but still teen-looking Cullen clan rhetorically in an early scene, when the audience knows that the answer is, quite a lot. Later, in a moment already widely seen on-line, Edward Cullen (Robert Pattinson) equally rhetorically asks girlfriend Bella (Kristen Stewart), regarding lupine romantic rival Jacob (Taylor Lautner), “Doesn’t he own a shirt?” He does, actually, and even wears it once or twice, but for the most part he goes bare-chested, the better to elicit squeals from the Team Jacobs in the audience—who can provide a bit of amusement of their own.

But back to the genre stuff—there is indeed more action and mayhem in Eclipse (albeit kept to a safe PG-13 level) than appeared in both its predecessors combined, thanks to vampiric “newborns” being sired by the vengeful Victoria (Bryce Dallas Howard, seamlessly taking over from Rachelle Lefevre). She wants payback for the death of her lover James at the end of the first Twilight, and aims to achieve it through the army of freshly minted bloodsuckers; apparently, they’re more powerful at this early stage because of the remaining human blood coursing through their veins, which doesn’t make a lot of sense when you consider that they’re still stronger than us normals later on, but never mind. In order to shield her intentions from the penetrating long-rage psychic powers of Alice Cullen (Ashley Greene), Victoria has her newborns turned via a proxy, i.e. a young man named Riley, played by Xavier Samuel, making a good impression straight off the low-budget Aussie chillers Road Kill and The Loved Ones. (Despite his significant role, Samuel somehow only receives onscreen billing after the very least-seen of the series regulars; contractual obligations, I guess.)

The Cullens are on to Victoria’s intentions nonetheless, and in order to protect Bella, the chief target of her anger, Edward and Jacob and their respective clans agree to temporarily join forces after centuries of rivalry and uneasy détente between the supernatural species. Slade, who paces the film fairly well throughout, brings true energy and excitement to the eventual monster clash, even though the lycanthropes in wolf form don’t fully transcend their computer-generated origins.

Up until that point, Bella continues to struggle with her conflicting feelings for both guys—does she go for Edward and immortality, but give up any chance of a normal life, or for Jacob, who can offer her the latter plus his impressive pecs? Even with the added emphasis on biting and bashing, the greater percentage of Eclipse is taken up with this quandary and long stretches of purple dialogue in which feelings are directly expressed and dissected. Just in terms of the acting, put me in the Team Jacob camp; Lautner has grown into the role emotively as well as physically, and offers significantly more edge than Pattinson’s Edward, who continues to come off as more recessive than obsessive. True chemistry still isn’t there between him and Stewart’s Bella, who has thankfully shed the mopiness that weighed down New Moon but still doesn’t convey true heat in her many clinches with her undead beau. What does it say that a pivotal close-quarters exchange between Edward and Jacob has more palpable intensity than the many would-be romantic moments?

Skulking around the edges of the action are four of the Volturi, the Italy-based vampire council who make sure that the rest of the world’s undead don’t step out of line, and turn up to a) observe the newborn situation and b) make sure Bella has been turned, as they were promised at the end of New Moon. Of the quartet, only Dakota Fanning as Jane has the chance to make a true impression, and does so with aplomb; a malevolent, red-eyed porcelain doll, Jane might warrant her own feature should the Twilight team want to continue once Edward and Bella’s story comes to its conclusion in the two-part Breaking Dawn movie.

Among the other returnees, Nikki Reed as Rosalie Cullen is finally given some material to, pardon the expression, sink her teeth into when she bares her soul to Bella, and a flashback reveals the circumstances of her turning. There are a few such expositional sequences in Eclipse, one of which goes all the way back to the 17th century to reveal the origin of the vampire-werewolf conflict, and features a cameo by Bauhaus’ Peter Murphy as the original bloodsucker, known as The Cold One. It’s fun to see him in the part, however brief, though for genre fans, his appearance might raise wistful thoughts of his best-known song and its use in The Hunger, and the days when the most popular cinematic creatures of the night weren’t the good guys. Bela Lugosi’s dead, indeed.