Review: THE QUIET ONES 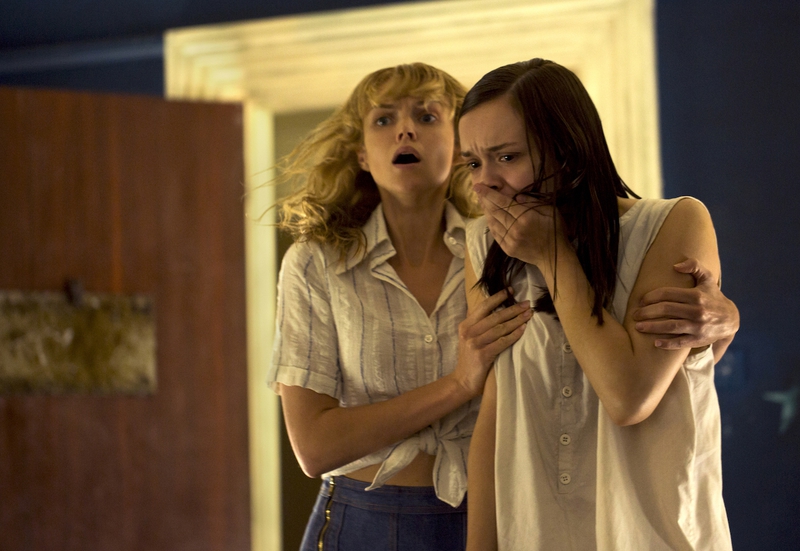 Editor's Note: This was originally published for FANGORIA on April 25, 2014, and we're proud to share it as part of The Gingold Files.

One thing is for sure while watching the new Hammer Films production The Quiet Ones: Lead actor Jared Harris is the perfect match for the resuscitated studio.

A familiar face with a number of horror and fantasy credits on his long résumé, the London-born Harris is just right in the kind of role you could easily imagine Peter Cushing playing back in Hammer’s heyday. He’s Joseph Coupland, an Oxford professor in 1974 who, for reasons teased out through flashbacks, has become obsessed with the idea that psychiatric afflictions can be exorcised through scientific means. He aims to prove it via the seriously disturbed Jane Harper (Olivia Cooke), a young woman whose symptoms might lead some to consider her a victim of demonic possession. Coupland believes, however, that her trauma and strange behavior are the results of “negative brain energy” that can be extracted, manifested and eradicated, thus curing her.

He’s got some unorthodox means of treating her, though, starting with sleep deprivation via locking Jane in a room and assaulting her with nonstop glam rock; you’d think constant exposure to Slade’s “Cum On Feel the Noize” would make one more crazy, not less. Sympathetic to Jane’s plight is Brian (Sam Claflin), a young filmmaker whom Coupland hires to document his experiments on Jane, but remains dubious about the professor’s practices—especially as he becomes attracted to their subject. Also part of the team are students Harry (Rory Fleck-Byrne) and Krissi (Erin Richards), who seem just as interested in making time with each other as to their work.

So all the pieces are in place for a good old-fashioned supernatural thriller: a haunted girl, the conflict between obsession and skepticism, a hot-blooded couple for a side of sex appeal…there’s even a spooky doll in which a malevolent presence Jane calls Evey allegedly resides. All that’s missing is the old dark house, and that comes into play when Coupland loses his university backing and relocates everyone to a private home in the country. The new setting adds an extra touch of classicism to the movie, while director John Pogue, working from a script also toiled on by Craig Rosenberg, Oren Moverman and Tom de Ville, adds the modern device of revealing a good deal of the goings-on through Brian’s camera—which captures remarkably good exposure and sound under some of the circumstances.

The found-footage vibe jibes better with the period veneer than one might expect, and Pogue (whose previous directorial venture Quarantine 2 was also better than one might have expected) maintains an air of intrigue throughout The Quiet Ones. The movie is more successful in that regard than as a scare piece, as many of the frights also fall back on an old tradition: sudden cuts or appearances accompanied by loud bursts of sound that belie the movie’s title. More effective than this goose-you stuff is a long take of two characters getting into a clinch up against the door to Jane’s cell, its viewing portal open, and you just know something’s going to reach through at any moment to grab them.

The storytelling beats of The Quiet Ones are satisfying if not especially surprising right down to the end, when Pogue and co. seem to be pulling their punches a bit, perhaps in the interest of the PG-13 rating (though it’s nice to see a modern occult thriller that doesn’t go for a CGI blowout at the climax). The film is most worth seeing for its two central performances, with Harris arrestingly enacting a ruthless man of science whose fixations he makes understandable, if not forgivable. And as the object of Coupland’s not entirely noble attentions, Cooke is very believably haunted and disturbed, yet not so far down the psychic rabbit hole that Brian’s romantic feelings for her seem questionable. Jane’s circumstances, both evident and eventually revealed, tend toward the familiar, yet Cooke makes her traumatized responses to them feel fresh and immediate.