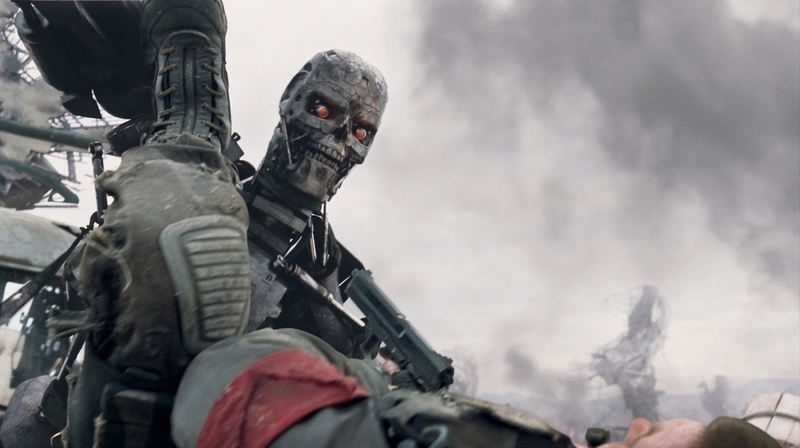 Editor's Note: This was originally published for FANGORIA on May 22, 2009, and we're proud to share it as part of The Gingold Files.

If Terminator Salvation demonstrates anything, it’s that McG wasn’t such an inappropriate choice to take over the helm of the futuristic franchise after all. The veteran of the Charlie’s Angels flicks takes to this series’ harder-core action with gusto, maintaining a stylistic continuity with James Cameron and Jonathan Mostow’s previous films. Whether they should have been continued at all is something Salvation is a little harder-pressed to prove.

In revealing (some of) the details of the futuristic war against the machines that led malevolent computer network Skynet to send Arnold Schwarzenegger’s T-800 back to kill Sarah Connor in the 1984 landmark, Terminator Salvation faced the same challenge as the Star Wars prequels and similar cinematic brand extensions. To wit, we know this stuff already; the preceding entries have done a pretty good job of informing us about the backstory (or forestory, as the case may be here), requiring a new one to come up with interesting new details while filling in the blanks. In that respect, while it has a number of impactful individual sequences, Salvation overall feels more like a chapter than a complete feature.

The early sequences efficiently set up both the tone and the situation, as freedom fighter John Connor (Christian Bale) and his team of “resistance” followers discover and attempt to rescue a group of humans whom the machines have corralled for some nefarious purpose. Needless to say, things don’t go well. Elsewhere, a stranger named Marcus (Australian actor Sam Worthington, making quite the tough-guy impression in his first major Hollywood role, though his native accent slips through now and again) appears on the scene minus much in the way of self-knowledge, and encounters and becomes the protector of teenaged Kyle Reese (Anton Yelchin), who we know will grow up to be Sarah’s protector in the past. We’ve already met Marcus in a prologue as a Death Row inmate who agrees to donate his body to science (in the person of Helena Bonham Carter), so it’s not all that hard to guess what’s up with him, particularly when he proves practically indestructible during the ensuing action.

Those setpieces are put across with blunt force by McG, who keeps them swift and lively, largely avoids trendy jerky-cam and overcutting and doesn’t noticeably pull any punches, despite the demands of the marketplace-friendly PG-13 rating. A highlight, in the great Terminator tradition, is a lengthy motor-vehicle chase in which the niftiest vehicles are heavily armed murdercycles that dodge and spin around adversaries and obstacles as if possessed of minds of their own. The blighted desert vistas in which this and a good deal of the other mayhem takes place are familiar from those other great dystopian sci-fi/action trendsetters, the Mad Max/Road Warrior adventures, but the director maintains a tactile atmosphere; it really does feel like the crashing and bashing is taking place in a world that has almost come to an end.

The human (and semi-human) stuff in between is not quite as solid. Part of the reason is that Terminator Salvation lacks a crucial element that helped make its predecessors so compelling: For all the emphasis on technology, there was a singular human face (Schwarzenegger, Robert Patrick, Kristanna Loken) on the primary evil force threatening our heroes. In this one, John, Marcus and co. are pitted against a variety of special FX—albeit extremely well-realized ones. There’s a gratifying emphasis on mechanical, practical creations whenever possible (supervisor John Rosengrant ably carries on the legacy of Terminator creator Stan Winston, to whom this film is dedicated), and the CGI is pretty much seamless. But there’s an impersonal side to the conflict, despite the skill with which it has been carried off.

And in dividing the focus between John’s story and Marcus/Kyle’s for a good deal of the running time, the narrative spreads itself rather thin. Reportedly, early drafts of the screenplay put the full focus on the latter pair, with John existing as a peripheral character, but rewrites put more emphasis on John after Bale was cast. (Initial scribes John Brancato and Michael Ferris receive sole screen billing, though a number of uncredited hands—including Jonathan Nolan, who co-penned Bale’s The Dark Knight—also contributed to the script.) So while Bale is forceful and Worthington is soulful and both cut convincingly heroic figures, their characterizations could have gone deeper. (And John seems to have undergone memory loss about his imperiled childhood, given his surprise regarding a crucial plot development, and his lack of a shock of recognition when a familiar face from his past shows up.)

There are a couple of women, too—Moon Bloodgood as a soldier who joins Marcus on his quest and Bryce Dallas Howard as John’s pregnant wife, metaphorically representing the hope for humanity’s future—but they pale in comparison to the iconic heroine created by Linda Hamilton and Cameron in the first two Terminators. Hamilton’s voice is heard in Salvation on tapes John listens to, and there are other signifiers from the previous movies scattered about—Danny Elfman’s score is punctuated by the chung-chung chung cha-chung of Brad Fiedel’s original Terminator theme, and the classic lines “Come with me if you want to live” and “I’ll be back” are reprised. The final scenes make it clear that this saga will be back too, if the box office warrants it, and now that McG has proven himself capable of honoring the modern classics that came before, here’s hoping he and his writers can develop a storyline that does so as well.