Review: REPLICAS (a.k.a. IN THEIR SKIN) 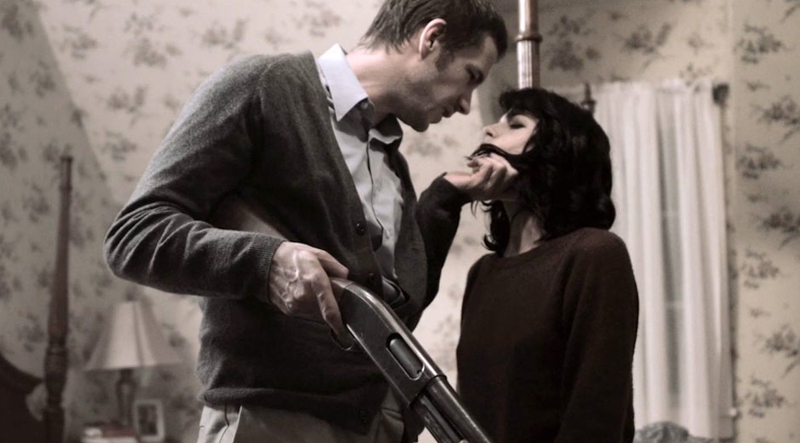 Editor's Note: This was originally published for FANGORIA on August 2, 2012, and we're proud to share it as part of The Gingold Files.

If it’s true, as many have said, that the current trend of home-invasion movies reflects society’s unease over the potential of foreign attack, Replicas also suggests that we can’t trust the people down the street either.

Replicas, which world-premiered at the Tribeca Film Festival earlier this year, is playing Montreal’s Fantasia festival and goes into general release from IFC Films later in 2012 [as In Their Skin], starts out with a basic domestic-terror setup. Well-to-do married couple Mark and Mary Hughes (Joshua Close and Selma Blair) have recently suffered the death of their young daughter in a traffic accident, and head up to their rural vacation home with their preteen son Brendon (Quinn Lord, “Sam” in Trick ’R Treat) to emotionally recuperate. Whether the tragedy put a strain on their marriage or just exacerbated tensions that were already there, the two have become emotionally alienated, and Mary’s fragile mental state isn’t helped by a distressing situation that arises when they stop for gas along the way.

The family has barely settled in before they’re paid a visit by the neighboring Sakowskis: father Bobby (James D’Arcy), mother Jane (Rachel Miner) and son Jared (Alex Ferris). The Hugheses would rather be left alone, but the Sakowskis are forward enough in their pleasantries that the Hugheses wind up inviting them over for dinner. This leads to the movie’s best, lengthy setpiece, in which the conversation around the table slowly, stealthily becomes more awkward and unsettling as Bobby’s attempts at conversation become increasingly inappropriate. We know, simply by the nature of this subgenre, that the Sakowskis are up to no good; what makes Replicas different from the likes of The Strangers and Kidnapped is the way the villains ingratiate rather than force their way into the Hugheses’ home.

The suspense, at least for the film’s first half, arises not from the infliction of violence but from the fact that we can see the Sakowskis’ menacing potential while the emotionally distracted Hugheses can’t. Mark and Mary’s trauma and distance are persuasively enacted by Close (who also scripted from a story he wrote with his brother Justin Tyler Close and director Jeremy Power Regimbal) and Blair, and D’Arcy and Miner are even better. The former drops just enough hints of threat behind his friendly facade to suggest that this may not be a guy you want stopping by, while Miner adopts a skittish, nervous persona that makes her practically unrecognizable from her previous ingenue roles. (For their part, the kids naturalistically hold up their end.) Regimbal, making his directorial debut, demonstrates a real skill for building squirmy unease simply through dialogue exchanges, before a small but violent outburst makes it clear it’s time for the Sakowskis to leave.

They don’t go away, of course, which leads to Replicas’ more conventional second half in which a siege mentality takes over. The Sakowskis show their true colors (with D’Arcy just as effective being outwardly menacing as he is being quietly so), and the Hugheses are forced to turn violent themselves in order to survive. Even as the ingredients become familiar—escape attempts, hostage-taking, etc.—Regimbal and his co-writers inject a little socioeconomic motivation for the Sakowskis’ actions to set the story somewhat apart; the specifics won’t be elaborated on here, though the movie’s title is a clue to them. The director also finds interesting, unexpected ways to shoot some of the action, particularly one moment that foregrounds the two female leads as the men engage in conflict behind them.

In the end, Replicas works through to its climax because of the investment we’ve made in the characters during the lengthy setup. By giving us enough time to get to know both the victims and the villains before they’re literally at each other’s throats, Regimbal, his writers and cast overcome the more generic tropes of their material to deliver a tense experience punctuated by a few moments of genuine shock.