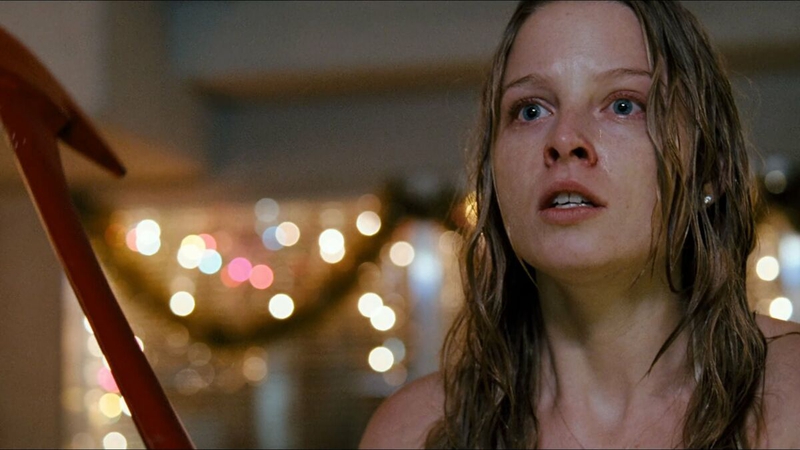 Editor's Note: This was originally published for FANGORIA on November 9, 2007, and we're proud to share it as part of The Gingold Files.

Parking garages have been exploited for their innate menace in so many scenes in so many thrillers that it’s surprising an entire film hasn’t been set in one before P2. (Actually, in point of fact, one has: 2005’s more action-oriented direct-to-DVD release Throttle, which, it should be noted, was originally titled E5.) The underground type can be especially scary—not just dank, isolated and claustrophobic, but with only one way out—and it’s the bad fortune of P2’s heroine Angela (Rachel Nichols) that her office at (made-up address) Park Avenue has one of the only subterranean Manhattan garages that doesn’t employ an attendant to fetch your vehicle while you wait at the exit.

It’s Christmas Eve when Angela winds up working late, and thus is apparently all by herself in the building when she heads down to pick up her car for a drive to see family in Jersey. When the engine won’t turn over, she seeks help from security guard Thomas (Wes Bentley), who at first seems obliging and even lets her head back upstairs to catch a cab when his attempt at a jump proves fruitless. But when she can’t exit through the locked front doors and heads back down, it’s she who gets jumped, and knocked out—waking up to find herself chained to a table in Thomas’ guard station, where the obsessed young man wants her to share his holiday dinner—or else.

The opening sections of the script by Franck Khalfoun, who also directed, and the Hills Have Eyes team of Alexandre Aja and Grégory Levasseur, who were also among the producers, do a nice job of channeling big-city anxieties about getting locked in somewhere after hours. The garage location (shot in Toronto) is suitably grimy and oppressive, accentuated by Maxime Alexandre’s fine, shadowy lensing that doesn’t resort to draining out the color in the service of atmosphere. Most importantly, Angela, as written and played by Nichols, is a likable, resourceful young woman who is neither a helpless victim nor a superwoman, but a believable heroine who doesn’t do the dumb things that terrorized heroines in films like this are often made to do.

Bentley’s Thomas is more problematic. In the first act, he’s convincing as an obsessed young man who at first tries to hide his fixation on the woman who has come to him for help (i.e. noticed him for the first time), and then acts like it’s perfectly reasonable to keep her captive just so he can serve her Christmas turkey ’n’ trimmings. As the film goes on, however, he becomes a Movie Psycho, chattering on with rationalizations for his warped behavior and shouting things like “Are you trying to get me fired?” when Angela starts turning the tables on him. His mania comes to feel scripted, not spontaneous, especially when he takes a break from pursuing Angela to dance and lip-sync along with Elvis’ “Blue Christmas.” It’s season-appropriate, sure, but not very frightening.

While Khalfoun and co. have come up with sufficiently varied setpieces that P2 never becomes plodding, the overall story trajectory is familiar enough that it only occasionally rises above predictability. One of the would-be surprise revelations is too telegraphed to be startling, though the ultimate payoff to the ensuing sequence is gorier than one might expect. Even given the limited opportunities for a body count, the director manages to find several opportunities to let the blood flow (with FX by the Saw sequels’ Francois Dagenais and Damon Bishop), which is one of the few elements differentiating P2 from the women-in-peril suspensers that pop up repeatedly on assorted cable networks.

On the whole, the film is rather like a sports car stuck in that sealed garage: well-crafted, but it doesn’t really get anywhere. With a more credibly menacing villain and a plotline with twists and turns that matched the novelty of its setting, P2 could have gone into horrific overdrive instead of idling at a modest level of tension.