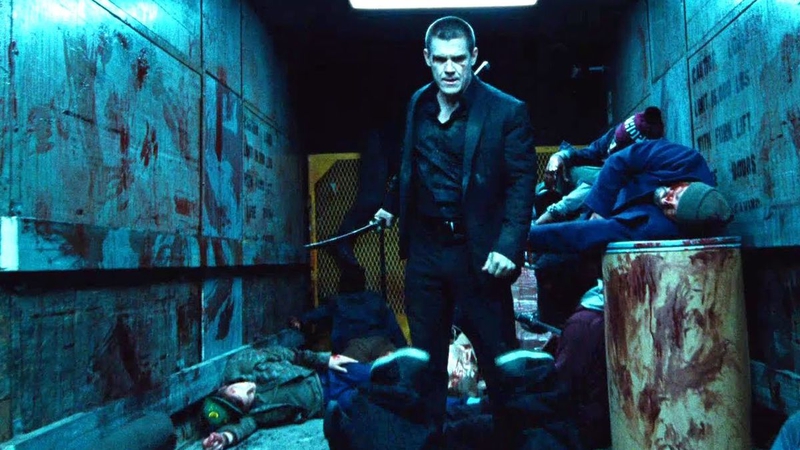 Editor's Note: This was originally published for FANGORIA on November 27, 2013 and we're proud to share it as part of The Gingold Files.

Yes, the Big Reveal at the end is intact. With that out of the way… Park Chan-wook’s original Oldboy came to such a bleak gut-punch of a conclusion that I wasn’t sure, after it was over, if I ever wanted to see it again. In that context, is it praise or a putdown to say that I wouldn’t mind seeing Spike Lee’s remake a second time?

Asian-cinema purists are already condemning Lee’s film, largely without having seen it, but then it wasn’t really made for them anyway. Certainly, Park’s Oldboy is a high-water mark of the new Korean cinema, and wasn’t crying out for a retelling, as the director and his co-screenwriters took the material (based on Garon Tsuchiya and Nobuaki Minegishi’s manga) as far as it could go in both dramatic and confrontational terms. Indeed, part of what allowed Oldboy to have such impact with U.S. viewers was that it dove into black-hearted territory where American movies rarely dare to venture any more. So if revisiting a pre-tested property is what it takes for Hollywood to plumb the depths it’s usually too timid to explore…well, there’s something to be said for that. And remember: This was going to be a Steven Spielberg/Will Smith project at one time.

Instead, Lee directs Josh Brolin as the story’s antihero, and it’s a strong casting choice. Brolin’s Joe Doucette is introduced as an alcoholic a-hole of an ad executive who hits on prospective clients’ wives and neglects the 3-year-old daughter he has with his estranged wife. Clearly he’s ripe for a reckoning, but he couldn’t possibly imagine what’s about to befall him. After passing out one night in an alcoholic haze, he wakes up to find himself imprisoned in what seems to be a rundown, windowless hotel room, the door sealed, his only connection to the outside world a slot through which he is fed daily, and a TV through which he learns via news reports that his wife has been murdered and he’s been framed for the crime.

And there he stays for 20 years, until he’s set free just as inexplicably as he was captured. In the original film, his ordeal lasts 15 years; the sentence was apparently extended to make one of the later-coming developments a bit less unseemly. Otherwise, Lee and screenwriter Mark Protosevich faithfully hit many of the beats as well as the intensity of their predecessor, as Joe’s suicidal despair within those walls is gradually replaced by a determination to survive, physically bulk himself up—inspired by both exercise shows and kung fu movies on the TV—and eventually seek revenge. (’80s-comedy fans like myself can be forgiven a chuckle in recalling Ruthless People, in which Bette Midler undertook a similar self-improvement-in-captivity regimen.) As both the dissolute Joe I and the muscled, steely Joe II, Brolin cuts a compelling figure, suffering and delivering suffering unto others with equal conviction.

He’s also believable as a man who can take on a few dozen armed attackers in a replication of one of the first Oldboy’s most famous scenes, here restaged by Lee to give it more of the feel of a gladiatorial match. That’s part of the heightened reality of his approach in general, which works stronger on the viewer’s nervous system than on the heart. Another key change involves the role of the young woman who becomes Joe’s ally, and it’s one that makes sense: Rather than the young sushi chef in Park’s film, here Marie (Elizabeth Olsen) is a social worker, whose natural proclivity toward helping people draws her to Joe, and gets a real workout when her association with him puts her in harm’s way. Olsen does fine, sensitive work here, conveying but not overstating Marie’s own inner fortitude.

More flamboyant are Lee’s villains. Sharlto Copley as Adrien, who is revealed early on as the man pulling the strings, adopts a cultured British accent that at first seems like a typical foreign-villain affectation, but comes to fit the role once we learn his backstory. Samuel L. Jackson does his Samuel L. Jackson thing as Chaney, who runs the hotel/prison, and as he attacks the part with his usual gusto, sporting an alternating white and black Mohawk, it can be hard at times to separate the actor from his character.

If Lee’s Oldboy feels more “like a movie” than Park’s down-and-gritty saga, he doesn’t pull any punches in terms of either the violence or sexual content, and hasn’t watered down the shocking twist in the final act—indeed, he and Protosevich throw in a new wrinkle that makes it slightly more perverse. So those who were afraid this Hollywoodization would wimp out on the particulars can rest easy, even if in the end, Lee’s more stylized approach means that his Oldboy doesn’t get under the skin in quite the manner of Park’s; it grabs you and startles you along the way without keeping the same hold once the film is over.