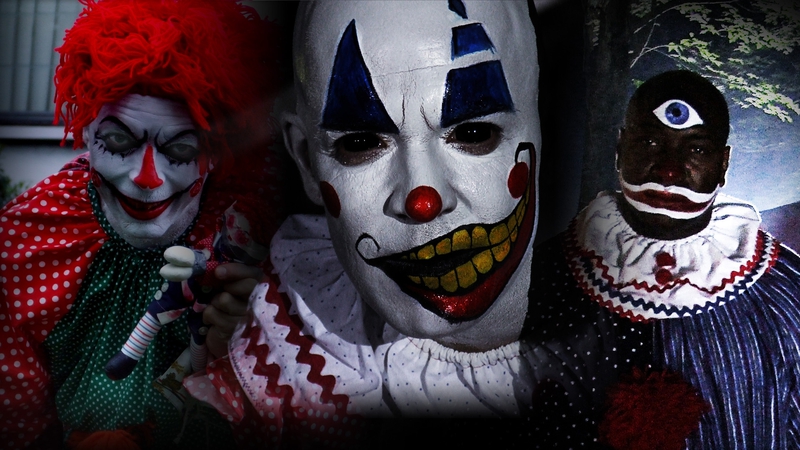 Editor's Note: This was originally published for FANGORIA on November 28, 2007, and we're proud to share it as part of The Gingold Files.

I’m giving Fear of Clowns 2 a little bit of benefit of the doubt here, since slight overlength is one of the main quibbles with this sequel, and writer/director Kevin Kangas shaved excess minutes off his initial cut of the previous film prior to its official release. The same trimming of the fat here would improve the pacing of Kangas’ follow-up, which already represents a step up from its predecessor in a couple of significant areas.

Most notably, there’s more urgency to the story, which picks up a while after detective Dan Peters (Frank Lama) put away the evil Doug Richardson, a.k.a. Shivers the Clown (Mark Lassise), who was trying to snuff out artist Lynn Blodgett (Jacky Reres). Told he has only a few months to live due to a rare, incurable brain disease, Dan gets further bad news when he learns that Shivers has escaped the mental facility where he’d been imprisoned, along with a couple of equally nasty fellow inmates. Determined to protect Lynn and put Shivers down for good, Dan concocts a plan to lure the psycho into a trap and calls on some heavily armed pals to assist him. But Shivers’ craftiness and a couple of dirty little secrets may trip up Dan’s attempts to protect Lynn’s life—and his own.

A killer-clown movie is only as good as its killer clowns, and Shivers remains a pretty spooky one. Buff and bare-chested with freaky facepaint, he’s an imposing and threatening presence as played with few, growly-voiced words by Lassise. As for his new sidekicks, the cannibalistic Giggles (Philip Levine) has a typical evil-Ronald-McDonald look and is prone to cackling fits, but the head-chopping Ogre (former WCW wrestler Clarence McNatt) sports a nifty visual conceit. A towering, bald African-American, he has a big white cyclopean eye painted on his forehead that looms eerily out of the darkness before the rest of his features are clearly visible.

The performances of their targets are steadier this time too, as Lama and Reres have overcome the shakiness that occasionally crept into their turns in the first Fear of Clowns. Dan’s determination to tie up the loose end in his foreshortened life that Shivers represents plays nicely against Lynn’s dubiousness over his methods (though under the circumstances, it’s hard to believe she has a problem with his desire to end the villain’s life). Johnny Alonso adds some effective nervous edge as Ralph, the asylum orderly who helps Shivers and co. escape and then has to bargain with them for his own life, and Adam Ciesielski gets a few good laughs as “Hot Rod,” the most prominent of the good ol’ boys Dan calls upon for assistance.

Although, as touched on above, certain of the scenes are a little too drawn-out, Kangas creates moments of creepy imagery (with the help of cinematographer David Mun, especially in the scenes involving Shivers and his cohorts just after their escape) along with well-staged moments of tension and carnage. Decapitations are the order of the day, and the literal head count has been upped significantly from the original Fear of Clowns; makeup FX creator Doug Ulrich has been given more to do here, and does it better. The writer/director even throws in a fairly well-staged shootout and a bit of gratuitous full-frontal nudity during a sexual encounter that doesn’t end well for the couple in question.

Kangas doesn’t entirely avoid the pitfalls of the slasher genre (Lynn runs for safety in the wrong direction a couple of times), and Fear of Clowns 2 comes to a dissatisfyingly inconclusive ending—though again, it’s said that may change before the movie reaches general distribution. All in all, Kangas has risen to the challenge of improving on his previous feature, and the sequel should have fans of fearsome funnymen painting smiles on their faces.