Review: FEAR ME NOT 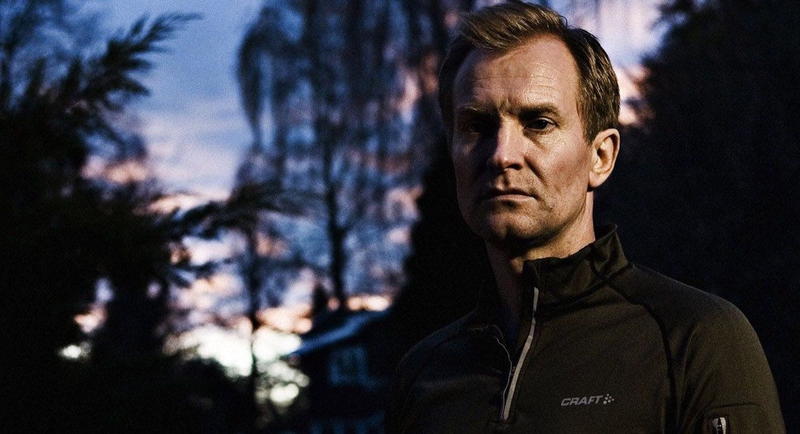 Editor's Note: This was originally published for FANGORIA on November 26, 2010, and we're proud to share it as part of The Gingold Files.

Fear Me Not, the English title that has been applied to Danish director/co-writer Kristian Levring’s film (on DVD from IFC Films/MPI Media), is clearly meant to be ironic. But the movie’s original moniker, Den Du Frygter (What You Fear), is even more pointed: While protagonist Mikael Neumann (Ulrich Thomsen) becomes someone to be scared of, it is his own hidden anxieties that push him into that situation.

As the film opens, Mikael has taken a leave of absence from his job and has been spending more time at home with his wife Sigrid (Paprika Steen) and teenage daughter Selma (Emma Sehested Høeg). It’s all very peaceful and Mikael should be content, but he begins to worry that he’s becoming too complacent, that his life is becoming empty and lacks excitement. When his brother-in-law Frederik (Lars Brygmann), a doctor at a local hospital, mentions that he’s working with a pharmaceutical company on experimental trials of a new antidepressant, Mikael asks if he might take part, without letting his wife in on it; “It’s about time I had a little secret from her,” he rationalizes.

At first, the drug seems to have the desired effect, and Mikael exhibits a newfound enthusiasm for life, though he starts to enjoy and express his mental “freedom” a little too much. When some of the other patients begin acting out violently, the test is cancelled and Frederik tells Mikael to throw away the remaining pills; instead, Mikael continues to take them in secret, and his condition begins to slide into sociopathy.

While it contains elements of a Jekyll-and-Hyde chiller, Fear Me Not isn’t a horror film in the traditional sense; it’s more a character study of Mikael’s gradually deteriorating psyche. There’s almost no physical violence; instead, as Mikael first withdraws from and then turns on his loved ones, Levring demonstrates that emotional violence can be just as unnerving. It’s not surprising when his bad side first creeps out after a pretty young stranger asks him for a ride; then he begins a “process” designed to bring Sigrid around to his new way of thinking, and the lengths he’ll go to get her there become disturbingly unpredictable.

It’s not giving away too much, and probably only fair for genre fans interested in checking out Fear Me Not, to note that neither Mikael nor Levring are interested in racking up a body count. The director, who scripted the film with Anders Thomas Jensen (co-writer of Lars von Trier’s Antichrist) means for us to not only understand but sympathize with his protagonist as the drug takes its mounting toll, and maintains a naturalistic tone to both the filmmaking and acting throughout. He, Thomsen and Steen are all veterans of von Trier’s Dogme filmmaking movement, which emphasizes vérité and disdains genre, but here Levring maintains a stark simplicity to the visuals (nicely replicated in the DVD’s anamorphic 2.35:1 transfer) while maintaining a cool, still camera style that, in this day and age, feels more “cinematic” than the jerky-cam imagery seen in so many features that aim to plumb the depths of damaged psyches. Thomsen holds the attention whenever (as often happens) he’s the only one on screen, and plays well off Steen, with whom he also co-starred in a very different sort of domestic genre story, Ole Bornedal’s The Substitute.

For all Levring’s skill in combining acute psychological exploration with thriller trappings, Fear Me Not feels a bit hindered by the need to balance the two. The tension hums, but remains contained, and the movie’s most chilling moment is not any of Mikael’s actions, but a revelation contained in a simple dialogue exchange. Anyone expecting the catharsis one usually finds at the end of stories about good men going bad might feel this one’s conclusion is too “soft”; nonetheless, it does feel in character for both Mikael and the way his saga has unfolded beforehand. Fear Me Not (which comes with no extras on the disc beyond a trailer) isn’t out to make you jump or scream, but quietly get under the skin with its suggestions of how the most normal-seeming mind can be led to break down.