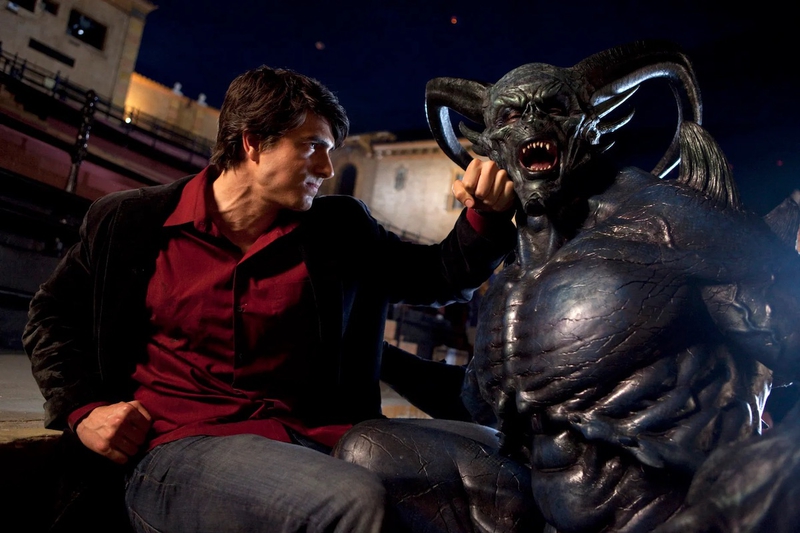 Editor's Note: This was originally published for FANGORIA on April 29, 2011, and we're proud to share it as part of The Gingold Files.

If nothing else, Dylan Dog: Dead of Night ought to serve as a corrective to the long-lived misperception that Michele Soavi’s Cemetery Man/Dellamorte Dellamore was derived from Tiziano Sclavi’s Dylan Dog comics, when it was actually based on an unrelated novel by the author. And the Sclavi connection is the only context in which Soavi’s film and this one should be mentioned in the same breath.

A superficially colorful but dramatically monotonous melange of the horror and private-eye genres, Dylan Dog stars Brandon Routh in the title role, a New Orleans investigator once employed as an objective mediator between the assorted supernatural races that, as we’re reminded time and again over the course of the overlong 107-minute running time, walk undetected among us. But if they wanted to stay hidden, there wouldn’t be a movie, and so Dylan gets dragged into a secret plot to retrieve an ancient artifact that can give its bearer control over a terrible evil, and will generally make bad stuff happen. People and non-people will kill and die to get their hands or claws on this totem, though it turns out, unless I missed something, to be “hidden” in a place where it would seem remarkably easy to find…but I’m getting ahead of myself.

I’m an unapologetic fan of Superman Returns and Routh’s performance in it, and was looking forward to seeing what he’d do in the role of a PI navigating a world of vampires, werewolves and the like. But while he has the looks and the bearing for the part, he isn’t given much character to express, just a lot of would-be hard-boiled lines like “You know what they say about werewolf hair: It doesn’t lie.” He delivers many of these as voiceover narration that serves less as a window into Dylan’s soul and more to deliver exposition and paper over the narrative cracks in Thomas Dean Donnelly and Joshua Oppenheimer’s screenplay. Last seen delivering the ludicrous scientific whoppers of A Sound of Thunder, the duo here transform Sclavi’s idiosyncratic illustrated adventures into an A-to-B-to-C plot that sends Dylan pinballing from one interrogation/confrontation to the next without any interesting subplots or grace notes.

The only attempt at a distraction, unfortunately and inevitably, is Dylan’s wisecracking sidekick Marcus (Sam Huntington), whose early transformation into one of the undead unfortunately doesn’t kill his irritating sense of humor. (At least this does allow for a point of identification with Dylan when he constantly tells Marcus to shut up.) Others in the ensemble of stock characters are Elizabeth, the ingenue and daughter of a murder victim whom Dylan must protect (played by Anita Briem, who in her introductory scene is the subject of more foot-fetish shots than we’ve seen since the last Quentin Tarantino movie); the suave nightclub owner/villain, a vampire named Vargas (Taye Diggs); Gabriel (mercilessly overacting Peter Stormare), a lycanthropic figure from Dylan’s past to whom the PI goes for information; and Borelli (Marco St. John), the expert who possesses the ancient text holding the key to the mystery. Plus assorted secondary vamps, werewolves and monsters that, aside from an impressive, massive tattooed zombie, generally look like leftovers from Buffy the Vampire Slayer, another comparison that does Dylan Dog no favors.

Director Kevin Munroe’s previous TMNT is well-regarded in some quarters, but he brings no particular panache to either the investigative narrative or the various dustups between Dylan and his foes. Any movie set and filmed in the Big Easy can’t help possessing some strong visual atmosphere, but the locations aren’t utilized to any great visual distinction until the climax, and even then they’re undercut by the generic supernatural-apocalypse visual FX inserted into them. What a shame—there was a real opportunity here to both create a fun monster mash and establish a unique horror/fantasy hero, but despite the international source material (with the namecheck of calling a briefly seen ghoul “Sclavi”), there isn’t a hint of true exoticism here. “No pulse, no problem,” reads Dylan’s card, and it’s a credo that serves him a lot better than it will anyone who goes to see this flatliner of a movie.