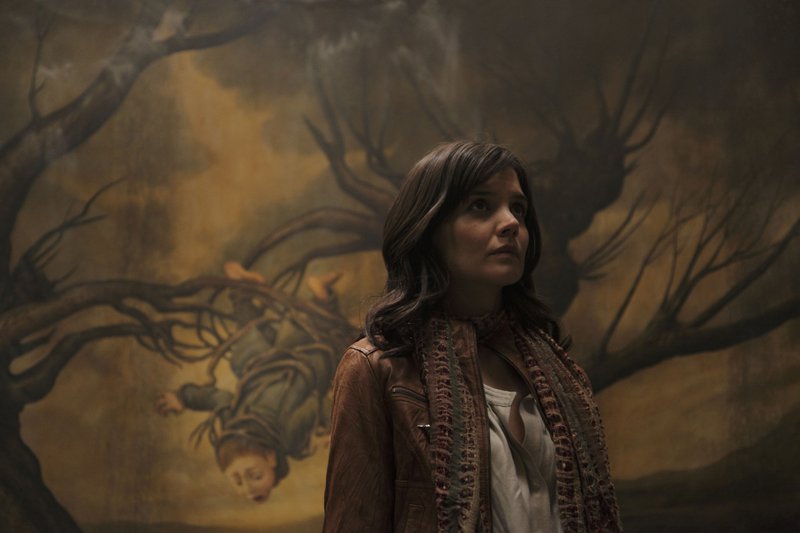 Editor's Note: This was originally published for FANGORIA on June 29, 2011, and we're proud to share it as part of The Gingold Files.

The original 1973 version of Don’t Be Afraid of the Dark is near-legendary in the annals of horror for terrifying a generation of kids who caught it on late-night TV. One can only imagine what kinds of trauma the new theatrical version might inspire in preteen viewers, since its protagonist, unlike its predecessor’s, actually is a child.

In reimagining the story for the new film, co-writer and co-producer Guillermo del Toro has replaced the neurotic housewife played by Kim Darby with a little girl portrayed by accomplished young actress Bailee Madison. She’s still named Sally and still moving into a new house, though this one is significantly larger and more Victorian-atmospheric, and is situated in Rhode Island, that cradle of unseen terrors spawned from the mind of H.P. Lovecraft. There are horrible things—horrible little things—also lurking in the shadows within Blackwood Manor, which Sally now shares with her divorced father Alex (Guy Pearce) and his new girlfriend (named Kim, in a nice touch, and played by Katie Holmes)—and while their form isn’t revealed for a while, we get a good taste of the unpleasant behavior they can inspire in a squirmy, mood-setting prologue.

Del Toro, who scripted Don’t Be Afraid with Matthew Robbins, tapped comic artist Troy Nixey to direct based on the latter’s much-admired short Latchkey’s Lament, and he proves a good match for del Toro’s concerns. The early scenes are strongly reminiscent of Pan’s Labyrinth, as the young girl explores her new fantasy-tinged playground, with Nixey conjuring up more ominous overtones since none of the creatures inhabiting this environment are friendly. Here too, the father figure is a negative one, though Alex isn’t evil like Labyrinth’s Vidal but overly consumed with his task of restoring the old place and making the cover of Architectural Digest. He doesn’t believe Sally’s claims that she’s made some new friends in Blackwood Manor, and even blames their increasingly destructive mischief on his daughter instead of giving credence to her claims about the true culprits.

Nixey effectively keeps the little critters offscreen for a good portion of the running time; all we see are their glowing eyes in dark places or claws reaching through gratings, their presence established more through their whispers on the soundtrack (some provided by del Toro himself). As opposed to the hairy-suited, shrunken-headed gnomes of the teleflick, these “homunculi” are eventually seen fully realized via CGI, and though they get their ugly close-ups, they’re most effective when seen en masse in long shots, swarming and scuttling around floors, over furniture and (most skin-crawlingly) in and out of Sally’s bed like oversized vermin. Further cementing Don’t Be Afraid of the Dark as a grim fairy tale, it turns out that they have one particular interest that gives them a nasty connection to a childhood icon.

While creating a new mythology and downsizing the point of view to better accommodate his personal concerns, del Toro and co. remain respectful of their source material; several touchstones of the TV movie receive analogs here. That’s not the only way the new film, while firmly set in the present day, honors the past; much of Don’t Be Afraid of the Dark, set almost entirely in and around Blackwood Manor’s antiquated confines, is styled to suggest vintage fear fare, and the contributions of the creative team are all attuned to that atmosphere, from cinematographer Oliver Stapleton’s use of light and darkness to the old-fashioned score by Marco Beltrami and Buck Sanders. The only drawback is the occasional appearance of archaic horror conventions that could have been done without, from “Why don’t they just leave?” moments to a coincidentally handy character who just happens to be an expert on Blackwood Manor, its previous inhabitants and their occult practices and beliefs.

Also providing a link to screen history is old Australian pro Jack Thompson (the movie was lensed in Melbourne, with no loss of American Gothic identity), bringing gruff authority to Harris, the groundskeeper who vainly warns Sally not to go exploring in parts of the mansion she shouldn’t. When she does, her behavior doesn’t seem foolish due to the convincing mix of loneliness and inquisitiveness Madison projects, along with insecurities about her family situation that the little monsters prey upon. Pearce is earnest enough as her distracted dad, but (as may surprise some viewers) Holmes registers more strongly as Kim, sharing palpable stepmother/daughter chemistry with Sally, who gradually comes to see Kim as a friend, confidant and protector.

Eschewing slavish retreading of its source material as well as gratuitous revisionism, Don’t Be Afraid of the Dark is the kind of remake that results when a filmmaker expresses his love for an older movie by giving it his own personal touch. It sits equally comfortably among the ranks of worthwhile reduxes and within del Toro’s filmography, while also standing simply as a vehicle to deliver a good case of the creeps.