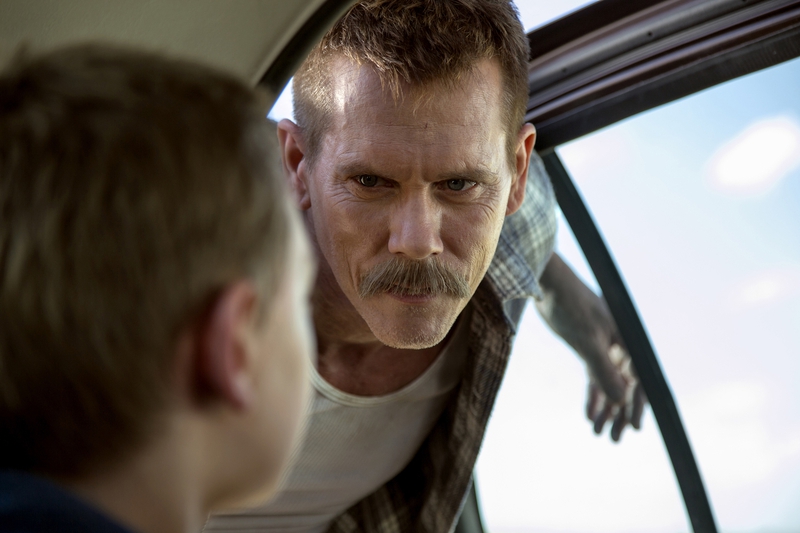 Editor's Note: This was originally published for FANGORIA on July 28, 2015, and we're proud to share it as part of The Gingold Files.

Cop Car, in which two preteen boys steal a cruiser from a sheriff who’s very, very anxious to get it back, is not the kind of movie you’d get from a studio taking on this premise (shenanigans ensue!), nor is it a ruthless, transgressive indie nightmare (The Hitcher with kids!). Rather, it derives its tension from the matter-of-fact way it plays out the story’s inevitable developments.

Like many a classic Western, Cop Car (making its Canadian premiere at Montreal’s Fantasia festival, and going into theatrical release in August) begins with its two heroes on the lam—running away from home—through the wide open spaces of the Southwest, in this case somewhere in rural Colorado. Though the duo are many years away from being adults, the brasher Travis (James Freedson-Jackson) is trying to get the more hesitant Harrison (Hays Wellford) to “grow up” a little by having him repeat a litany of dirty words, starting with “wiener” and proceeding to the language that helps earn the film its R rating. Then they stumble upon the opportunity to truly do something grown-up: a police car, apparently abandoned with the keys inside it. There’s an infectious, vicarious thrill in the early scenes of the two boys seizing the opportunity to go on a little joyride across the grassy plains, even as it’s coupled with an encroaching sense of danger.

Just how dangerous the situation is becomes clear as we subsequently get to know the vehicle’s owner: Sheriff Kretzer (Kevin Bacon), who is currently operating on the wrong side of the law. Slimmed down and mustachioed, Bacon cuts a terrific white-trash-menacing figure; as Kretzer has gone rogue to engage in his bad behavior, the actor has to convey a lot with very little dialogue, and does a fine job suggesting that things are going to get very bad for Travis and Harrison if and when this corrupted lawman catches up to them.

Putting children in jeopardy in a thriller/horror film is always a touchy proposition, and director Jon Watts, working from a script he wrote with Christopher Ford, steers around the potential pitfalls by grounding the film in naturalism. The threat to the boys is never overstated; when Travis and Harrison discover guns and a defibrillator in the back seat and give in to their natural curiosity to examine and play with them, there are no portentous close-ups or music, with Watts instead allowing the potential for harm to speak for itself—which in turn makes the scenes all the more suspenseful. Then the duo discover a secret Kretzer has stashed away, which ups the stakes considerably and puts the boys at far more direct risk.

That’s where Cop Car drives into more traditional genre territory, and by this point, Watts and his small cast (also including Shea Whigham and Camryn Manheim, with Bacon’s spouse Kyra Sedgwick vocally cameoing as a police dispatcher) have invested us sufficiently in the characters’ circumstances that we remain concerned. The director orchestrates the mayhem with skill, keeping it as realistic as the earlier sections that are devoted to kids being kids, and a bad guy believing he has no choice but to get worse. For a movie shot on modest means, Cop Car has a rich veneer, with plenty of middle-of-nowhere atmosphere conveyed via Matthew J. Lloyd and Larkin Seiple’s widescreen cinematography and Phil Mossman’s music. There’s one unfortunate development too many in the very late going—a bit that feels like something motivated by producer notes or test-screening results—but overall, Cop Car is a (pardon the expression) arresting example of what can be done with a simple, visceral premise, the right cast and a stripped-down approach.