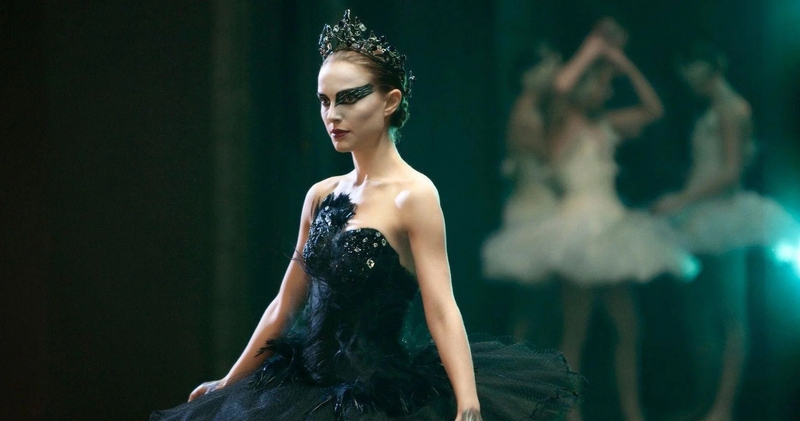 Editor's Note: This was originally published for FANGORIA on December 1, 2010 and we're proud to share it as part of The Gingold Files.

Upon first glancing over the press notes for Black Swan, I thought I saw a credit for “Battle Choreography.” On second glance, it turned out to be “Ballet Choreography”—but where this film is concerned, the first could be seen as appropriate.

Outwardly appearing to be one of the gentler arts, ballet, as presented (with a strong sense of authenticity) in Black Swan, is as physically grueling—and brutally competitive—as the toughest athletic sport. It’s mentally and emotionally taxing too, and that’s what leads Darren Aronofsky’s riveting new film from backstage drama deep into psychological horror territory. Anchored by Natalie Portman’s world-class performance as driven ballerina Nina Sayers, Black Swan is a film about obsession that has itself been crafted with an exacting eye for detail.

Nina is competing for the lead role in a revisionist production of Tchaikovsky’s Swan Lake—a story of transformation and tragedy that Aronofsky and screenwriters Mark Heyman, John J. McLaughlin and Andrés Heinz ably weave into their scenario of its production. Her all-consuming focus on her craft is typical of those who pursue the ballet calling, though in Nina’s case it’s exacerbated by her mother Erica (Barbara Hershey), a former ballerina herself who, as in all other aspects of their relationship, can be awfully passive-aggressive about supporting and encouraging her daughter. Company director Thomas Leroy (Vincent Cassel) has more direct, and some would say inappropriate, ways of “inspiring” Nina, whom he sees as perfect for the graceful, innocent White Swan but in need of tapping her uninhibited side to perform the more sensual Black Swan.

The dichotomy between light and dark sides is central to the movie, which is fraught with both metaphorical and literal mirror images. Nina’s opposite is personified in Lily (Mila Kunis), a newcomer to the troupe who is able to let herself go while dancing in a way Nina is not. Despite their differences, the two strike up a tentative friendship, albeit one that Nina doesn’t fully trust—especially when she begins to suspect that Lily could usurp her as Swan Lake’s lead. She’s all too aware of how tenuous ballet stardom can be, having witnessed the emotionally devastating fall of previous headliner Beth McIntyre (Winona Ryder).

As all this mental baggage piles onto a psyche already overwhelmed with a need for perfection, Portman holds the screen with a mesmerizing turn that bespeaks her own commitment to the role. Unlike her character, the actress has no problem letting herself go, hitting every emotional peak and valley while also impressing as a dancer. Much has been made of the many months of training she underwent for the part, and she seems every inch the ballerina in both the preparation and performance scenes. She’s equally compelling enacting Nina’s breakdown of the soul, which leads her to hallucinate in increasingly frightening ways and also manifests physically—first in a small rash on her back in the early going and then in other, painful-looking injuries, all brought off with complete close-up realism by makeup FX artist Mike Marino.

Like Portman—and perhaps even more so—Kunis is given her most complex challenge yet in Black Swan, and meets it, infusing Lily with guile, what-the-hell enthusiasm and a strong seductive side. (Yes, the bedroom encounter between Nina and Lily is as hot as you’ve heard.) Cassel, while dialing down his frequent eccentricities, brings all his voracious intensity to Thomas, while Hershey is unsettling perfection as a woman dangerously projecting all her insecurities and disappointments on her grown child. Ryder’s pivotal part amounts to just a handful of scenes, but she makes them all count with her potent characterization of a fallen star.

Even as it serves as a powerful acting showcase, Black Swan finds Aronofsky fully expressing his cinematic imagination and immersing the viewer in the ballet milieu. From fetishistic details of preparation to the rehearsals and performance numbers, in which cinematographer Matthew Libatique’s camera swoops and circles around and on the stage, everything about the visual design puts you up close and personal with Nina and her fellow dancers. When things start to turn psychologically sour for Nina, Aronofsky similarly burrows deep into her point of view—and what we see is sometimes surreal, sometimes not pretty and, by the end, pretty damn scary. The lengthy climax is a triumph of sound and fury that uses Tchaikovsky’s famous music (complemented and adapted throughout the film by Aronofsky’s regular composer Clint Mansell) to maximum effect.

Aronofsky is a director who never does anything halfway, and there are moments in Black Swan where his excesses feel like indulgences. Yet it’s all in the service of capturing and conveying a world in which pursuit of craft requires a relentless passion, to the point—in this narrative—of self-destruction. And it’s clear that everyone involved shared Aronofsky’s enthusiasm for the movie’s heightened stylistic vision, with a thankfully much more positive end result than is experienced by poor Nina.