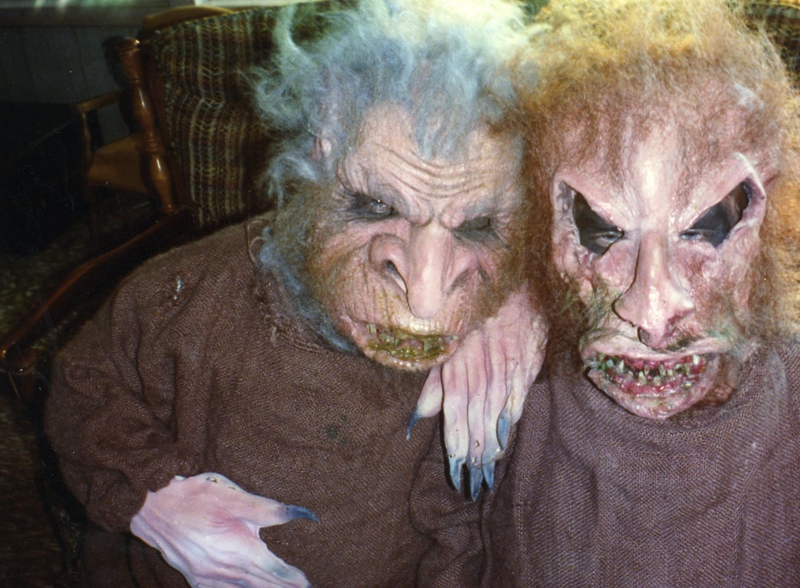 Editor's Note: This was originally published for FANGORIA on July 31, 2009, and we're proud to share it as part of The Gingold Files.

What’s the difference between a typical bad movie and a Best Worst Movie? That’s the question explored by Michael Stephenson’s highly entertaining new documentary, in which he examines the experience of being part of Troll 2—both during its shooting and in the wake of its years-later cult rediscovery. Having just played Montreal’s Fantasia festival, Best Worst is also making its New York premiere in Brooklyn courtesy of Rooftop Films.

Directed and written by husband-and-wife Italian filmmakers Claudio Fragasso and Rossella Drudi respectively (both credited on screen as “Drake Floyd”), Troll 2 didn’t make much of a ripple when it first hit U.S. video in 1992, and the few scathing reviews it did receive (including my own for The Motion Picture Guide, later migrated to TVGuide.com; click here if you’d like to check it out) didn’t appreciate its unique, mind-boggling and attention-grabbing weirdness. Yet despite my hostile initial reaction, it was a movie I couldn’t help recommending to certain like-minded friends, and I wasn’t alone; slowly but surely, thanks to cable-television play and its DVD release on a double feature with the previous Troll (with which, needless to say, it shares no other connection), Troll 2 began building a small legion of devoted followers. They hosted parties, introducing the film to both fellow Z-movie devotees and unsuspecting strangers, and Best Worst Movie focuses on what happened when it turned star George Hardy and his castmates into unlikely celebrities.

Hardy, currently a dentist in Alabama, was practicing in Utah and nurturing ambitions to be an actor in summer 1989 when the Troll 2 (then titled Goblins) company came to town, and he won the role of father to the film’s young hero (played by Stephenson). Hardy is the documentary’s central “character,” a folksy, immediately likable guy for whom the movie was just an odd memory for a while, one that would only come up when someone he knew caught it on late-night TV. Then calls started coming in from New York’s Upright Citizens Brigade and other fans who had tracked down Hardy and others in the ensemble and wanted them to attend special screenings. Hardy’s guileless reactions to his newfound celebrity are a treat to watch, as he never ceases to be amazed by or appreciative of the ovations and autograph requests he gets from fans of what was once listed on the IMDb as the worst movie of all time.

In between footage of the assorted events to which an increasing number of the Troll 2 team became involved, climaxing with the Alamo Drafthouse’s “Nilbog Invasion” of the shooting location in Morgan, UT, Stephenson puts himself, his co-stars (right down to a few of the little people who donned the crude monster outfits) and the filmmakers before the camera to reflect on their participation in Troll 2 and its fallout. There are a number of fun anecdotes about the former, but even more interesting is how they dealt with the latter. Robert Ormsby, who plays “Grandpa Seth,” takes it as a point of pride that he’s in a recognized cinematic catastrophe, while Connie Young, whose performance (under the name Connie McFarland) as the teen daughter has been singled out particularly harshly on message boards, considered it an embarrassment and an impediment to her burgeoning acting career, and took it off her résumé. But even she seems to have no qualms about discussing it here, and the happiness of everyone involved to take part in the “celebration” of Troll 2 is contagious.

Well…make that almost everyone. Stephenson takes us along with himself and Hardy to try to convince Margo Prey (who portrays the mom) to attend the Nilbog Invasion, only to find a clearly troubled woman taking care of an elderly mother (whose reaction when the trio restage a key Troll 2 scene is priceless). There are other moments that bring things down to Earth scattered throughout Best Worst Movie, as when Hardy and co-star Darren Ewing are largely ignored at a memorabilia show in Britain and a U.S. horror convention, or when Ormsby, who has no family, muses that he has “frittered his life away” despite his many stage credits. Yet even when presenting the more sobering side of its subjects, Best Worst Movie never condescends, and maintains an upbeat spirit reflecting that of Hardy himself.

Surprisingly, or perhaps not so, a little rain on the parade is dropped by Fragasso himself, who takes part in several of the Troll 2 showcases, only to sourly insist on continuing to take his movie seriously and refer to the actors as “dogs.” That’s not enough to deflate the overall high level of enthusiasm radiating from the screen, however, and the closing where-are-they-now summary reveals that Fragasso knows an opportunity to cash in on “appreciation” of his work when he sees it, and is currently preparing Troll 2: Part 2. Among the cast, only a few are still acting, but many have found success in other areas (one is now a best-selling author!), and there’s something endearing about the fact that all these disparate people with widely variant lives have one fascinatingly dreadful film in common.

So…what separates a typically bad movie from a Best Worst Movie? Time, of course, can help an initially dismissed flick find new and more enthusiastic viewers, but there’s something more at work with Troll 2. As a few of the interviewees observe, all involved truly believed they were making a scary horror film at the time, and that conviction is one of its charms; even its most absurd, it never winks at the camera. There’s an unrestrained zeal to explore truly odd territory that sets Troll 2 apart from commoditized, generic mainstream film fare, and the difference is encapsulated in a blink-and-you’ll-miss-it moment late in Best Worst Movie. With his newfound celebrity having caught up with him in Alabama, Hardy decides to host a charity screening of Troll 2 in a local theater, and as Stephenson’s camera heads inside, it briefly reveals that the other choice of cinematic entertainment on offer is Daddy Day Camp.