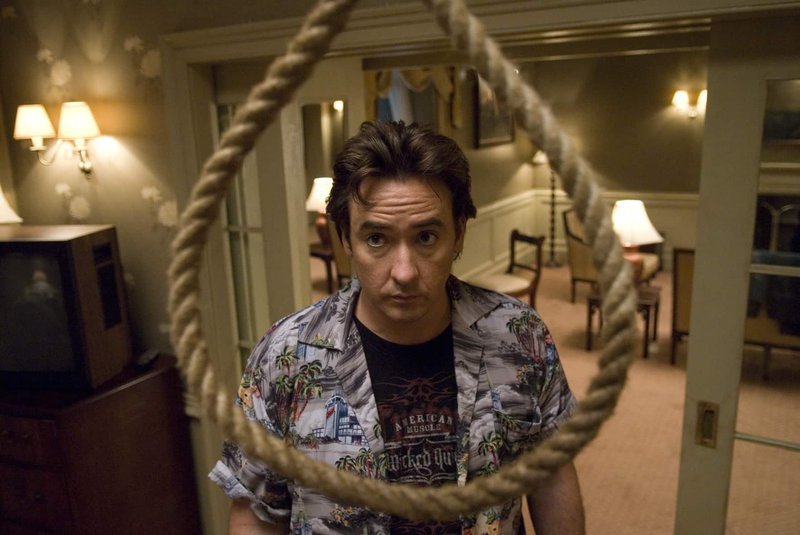 Editor's Note: This was originally published for FANGORIA on June 14, 2007, and we're proud to share it as part of The Gingold Files.

One of the hurdles that has always been involved in bringing Stephen King’s written works to the big screen has been a simple matter of length. His novels tend to be packed with way more incident and characters than can be easily crammed into a two-hour feature; his short stories are too, well, short to easily make the transition. (His novellas, on the other hand, are juuuuust right, which is why The Shawshank Redemption and Stand by Me have been among the most successful translations, and which promises great things from The Mist.) And 1408, the tale that began as a writing exercise, was adapted in an audiobook and then found a print home in the Everything’s Eventual collection, posed a particular challenge: How does one turn a handful of pages about one guy in one hotel room into a satisfying close-to-two-hours of film?

Rather well, as it turns out, in the hands of director Mikael Håfström and scriptwriters Matt Greenberg, Scott Alexander and Larry Karaszweski. The latter two, whose credits include Ed Wood, The People vs. Larry Flynt and Man in the Moon, aren’t as incongruous choices for this project as they might at first seem; their biopics have all been about creative types whose art was overshadowed in dramatic and unusual terms by their real lives and experiences, and that certainly applies to the story of Mike Enslin (John Cusack). He’s a writer who, having exorcised a few personal demons in a long-forgotten semiautobiographical novel, now makes a living writing about supposedly haunted places across the U.S., applying a healthy dose of skepticism to his subject matter. A mysterious postcard leads him to New York City’s Dolphin Hotel, specifically room 1408, which turns out to have quite the tragic history: multiple suicides and other ghastly demises, plus a large number of natural deaths as well.

The necessary exposition is taken care of in a lengthy, crackling dialogue exchange between Mike and Dolphin manager Olin (Samuel L. Jackson), who uses all manner of cajoling and bribery to try to keep the author from staying in the room overnight. As Olin explains, no one on his watch has lasted more than an hour in there, and he doesn’t want to “clean up the mess.” But Mike is insistent, believing that there’s nothing to the room’s bad rep but a lot of unfortunate human trauma. Of course, he’s in for a big surprise once he has settled into what at first seems a banal setting, but which slowly but surely begins to turn threatening.

At first, the malefic presence manifests itself in ways that could be chalked up to glitches in the system—a clock radio turning itself on, tap water suddenly becoming scalding hot, etc. Håfström and the writers build the tension slowly but surely for the film’s first 40 minutes or so, culminating in a marvelously shivery scene that begins when Mike looks across the street into another window, and ends with a powerful jolt. They also demonstrate patience when it comes to a tragic event in Mike’s past that becomes crucial to his experience in room 1408. Refreshingly, this backstory isn’t used as a crutch to define his character from the outset, but is introduced gradually, later in the movie, as the room starts using it against him.

In fact, this emotional B story winds up becoming the A story in 1408’s last act, supplanting the scare stuff, and it’s not as gripping as the lengthy sequences of Mike’s terrorization by the room (and outside it, in a scene that plays like a homage to another King tale, “The Ledge”). One plot turn late in the game adds a bit of extra depth to his character, but it stands as rather predictable in narrative terms. Yet when the movie’s cooking, which it is for quite a while, it generates a healthy amount of tension and packs several solid jump-from-your-seat moments. While Håfström isn’t shy about goosing the audience with loud noises here and there, he resists the modern temptation to bring out the big CGI guns. From intense scenes of physical destruction to a squeam-making moment involving a character walking barefoot on broken glass, 1408 proves that realistic FX are often best even when dealing with paranormal subject matter.

Keeping everything centered is the performance of Cusack, who consistently maintains interest in and concern for his beleaguered protagonist. While he plays well off his co-stars, including Jackson, Mary McCormack as Mike’s estranged wife Lilly and Tony Shalhoub as his fast-talking editor, Cusack really excels when it’s just him in the room with his microcassette recorder, his doubts and, eventually, his fears. The bulk of 1408 is a one-man show that the actor pulls off with real feeling and occasional humor, and Håfström and DP Benoit Delhomme back him up with varied but never overly showy cinematography. After the mixed bag of King derivations in theaters and on TV in recent years, this is one that successfully captures the spooky flavor of the author’s prose while standing on its own as an accomplished fright film.