The novel, written by King, under his pseudonym, Richard Bachman and the Sam Peckinpah adaptation that never was. 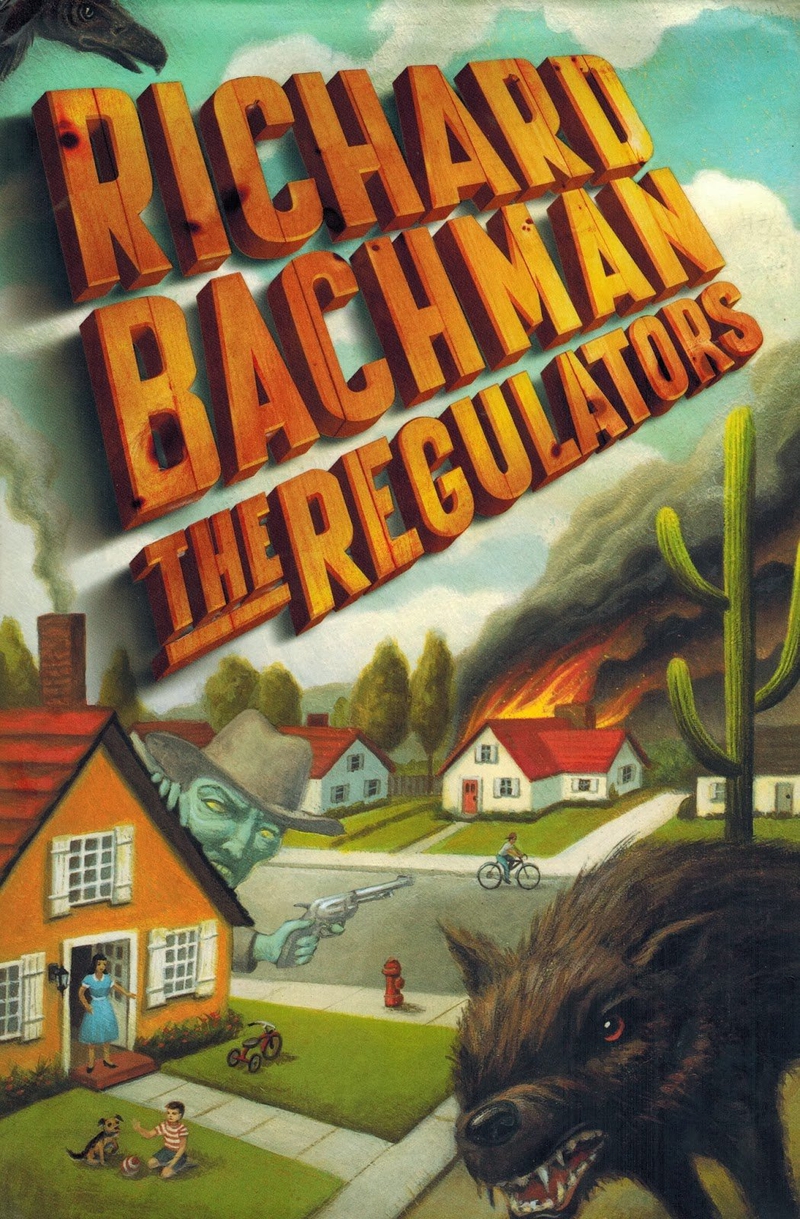 Saying Stephen King has written a lot of stories is kind of like saying the Pacific Ocean is big. It's in no way false, but it fails to convey the enormity of the truth. Since 1974, King has published sixty-three novels (including this year's Later and Billy Summers), five non-fiction books, and eleven collections containing novellas & short stories numbering into the hundreds.

In 1976, Brian De Palma introduced Hollywood to Stephen King with his excellent adaptation of King's first published novel, Carrie. Now, forty-five years later, it's clear that Hollywood has no plans to abandon America's boogeyman anytime soon. New adaptations of Firestarter, 'Salem's Lot, and Christine are all in various stages of production, not to mention Edgar Wright's The Running Man and the Stephen Spielberg produced, The Talisman, for Netflix. The movie-going public (or whatever you want to call it now) will never see the end of Stephen King adaptations. I don't say that as a bad thing. In fact, I'm fully in support of it. Give me a Stephen King movie every year for the rest of my life, and I'll die a happy man. Yet the eternal question remains: Why do studios continue to ignore the dozens & dozens of King stories that haven't ever been adapted?

For many Stephen King fans, it's not uncommon to come across titles you may be unfamiliar with. I've certainly had conversations of my own in which I've asked, "what's that one about again?" But even among Constant Readers, there seem to be oversights, and I have found that one of the most glaring—from both Hollywood & Constant Readers alike—is The Regulators.

In 1996, King published two novels. Desperation was published under his name, while the other, The Regulators, was published under his then-long-dormant pseudonym, Richard Bachman. King is certainly no stranger to referencing his own work. Often, characters from one story show up in another, or someone will casually mention a past event in Derry or Castle Rock, but the connection between Desperation & The Regulators is one wholly its own. On The Regulators page of his official website, King is quoted as saying, "These books were an opportunity to test the idea of using characters as a repertory company. There are some passages that are word for word the same in both books and there are also little jokes." He goes on to compare them to the cast of a play "who do Hamlet one night and Bus Stop the next."

It's also important not to forget The Regulators' distinction as a Richard Bachman novel, which is not the same as a Stephen King novel. Constant Readers can surely tell you the difference. I asked Scott Wampler & Eric Vespe, hosts of The Kingcast, to describe the difference between King and Bachman. Wampler says, "Richard Bachman is basically Stephen King dressed up like Snake Plissken, or maybe George Stark – a rough and tumble dude, a bit grizzled, what King himself might call a 'hard case.' There's a rougher edge to Bachman's writing that comes through in the humanity (or lack thereof) in his characters, and the concepts he works with that isn't typically absent from the characters and the concepts which tend to come from King. In either case, the author is definitely a guy with a dark side, but with Bachman, it always felt as though we were seeing King's darkest impulses splayed out on the page."

Eric Vespe elaborates a bit, saying, "All the stories collected under the Bachman Books were written before King became famous and then released under his pseudonym, so they're essentially young, angry unfiltered Stephen King. Thinner was the first book he had to slip into a character to write, and it was the last one to publish before his secret was blown."

The Bachman Books that Eric is referring to are Rage, The Long Walk, Roadwork, and The Running Man (though King had Rage pulled from publication in the '90s). These four novels stand apart from King's work in several large ways. As mentioned above by Wampler & Vespe, there is a palpable anger and mean-spirited darkness in Bachman's work. Another key difference is that often in King's work, characters must work together, or "Stand and Be True," to succeed. Bachman doesn't write about good vs. evil like King. He writes about fed-up & angry loners lashing at their dystopian oppression.

Vespe goes on to say, "The Regulators is fascinating because he approached it not just with his Bachman persona but doing so after the world knew that Bachman was King. So it's a book written under two veneers. King writing as Bachman that everybody knows is also King." Which is where it gets interesting. While The Regulators surely is mean and brutally violent, it's also much more in line with King's attitude toward the power of standing together as opposed to standing alone.

For the unaware, The Regulators tells the story of a summer day on Poplar Street, a residential neighborhood in a small town called Wentworth, Ohio. Nine homes, and one convenience store. The Poplar Population are all abuzz, washing cars, playing frisbee, chatting with their neighbors. A bright red minivan with a radar dish on the roof rolls slowly down the street, stopping only to open fire, killing the paperboy and a family dog before turning the corner and moving on. Thus, kicking off a day-long siege of mysteriously supernatural yet savage violence against the families of Poplar Street by—what appears to be—Saturday morning cartoon space cowboys. The only residents of Poplar Street seemingly unimpacted by this onslaught are Audrey Wyler & her autistic nephew, Seth, who are held captive in their home by a terrifying supernatural entity.

Throughout the years, there have been whispers of adaptations in the works, but they've amounted to little more than internet rumor. However, before The Regulators was a novel, it was an original screenplay by Stephen King titled The Shotgunners.

In an interview with Joseph B. Mauceri, King spoke about the story's genesis as a screenplay: "It was one of those feverous things I'd written in about a week. I really like it, but there was no interest in it. Sam [Peckinpah] read it, liked it a lot, and suggested some things for the script that were really interesting." The second draft of the screenplay was never completed, as King decided to shelve it upon Peckinpah's death in 1984.

I will admit that having missed out on a Stephen King/Sam Peckinpah collaboration is quite the gut-punch. Still, it's clear that the story, in its breakneck pacing, brutal violence, and high-intensity action, never forgot the face of its father, if you catch my drift. Sam Peckinpah's name is as synonymous with ultra-violent westerns as King's is with Maine. The man who made Bring Me the Head of Alfredo Garcia, one of the greatest films of all time, directing a straight-up Western version of The Regulators?! Oh well, it does the heart no good to ponder what we could have had.

With his preternatural understanding of suspense structure and character development, King not only captures the relentless, propulsive action & aggression of The Running Man but is able to seamlessly blend it with the supernatural horror absent from the original Bachman Books. The Regulators is also a terrific exercise in economical storytelling. All character development feels very natural, never breaking up the action happening outside or the horror inside the Wyler household. It's an exciting, frightening, funny, ultra-violent action-thriller with an excellent ensemble cast of characters and more action set-pieces than you can shake a stick at. In this Fango contributor's opinion, The Regulators is ripe for the screen, regardless of obscurity.

However, as Eric Vespe points out to me, the powers-that-be have been getting a bit riskier with their choices of King stories to adapt: "With streaming less concerned about opening weekend box office, I think you're going to see the AppleTVs and Netflixs of the world take bigger swings. Hell, Netflix already did 1922 and Gerald's Game. Neither would have been touched by a studio."

Whether or not we'll ever see King's experiment that is The Regulators brought to the screen, large or small, there is one thing I can say for certain: the book is easily accessible, and it still absolutely kicks ass.