Nicolas Cage says that RENFIELD is Nicholas Hoult's movie, suggesting his turn as Dracula is very much a supporting role in the film. 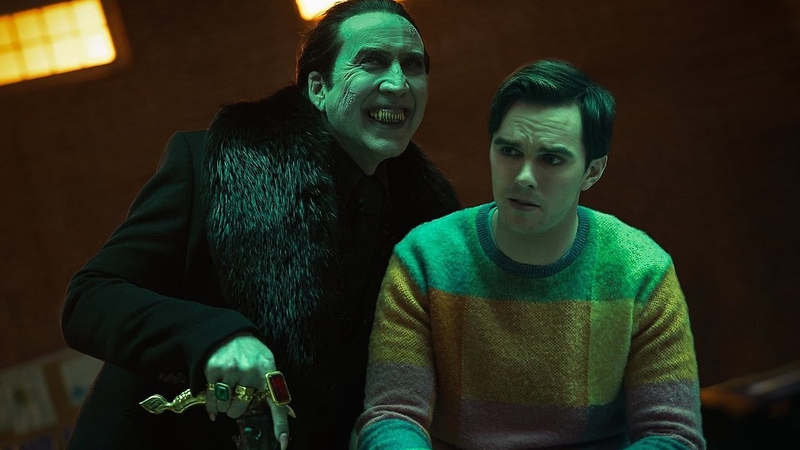 This year is set to bring us the first performance by Oscar-winner Nicolas Cage in a studio film in over a decade. What's more, Cage is going to sink his teeth into the role of Dracula in the upcoming Renfield, a movie from Universal Pictures that will shift the focus to the vampire's famed assistant. Sadly though, that means we're not actually going to get to spend a ton of time with Cage's Dracula, or so it would seem.

The actor recently spoke with Collider ahead of the film's release. We recently got a trailer for the film, and it gave us a taste of Cage's performance. And it's certainly something! But much like that trailer, the movie will largely focus on his co-star, Nicholas Hoult. Here's what Cage had to say about it:

"Well, first of all, I don't know how you say no to Dracula, but two things come to mind. One, he's a character that's been done well many times and then been done poorly many times. So you want to be on the side of doing something well. And also you want to be on the side of doing something fresh and something that pops. To me, because the movie's really not about me, Dracula rather, I don't have a lot of screen time. It's really Nick Hoult's movie, and it's about Renfield. I didn't have the time, like the two-hour narrative to really dig deep into Dracula's pathos per se. It's not that. But I did have enough screen time to be able to try to develop a pop-art style to the character that hopefully will be a nice contribution to the other performers that have done it, that have had their take on this legendary character in both literature and cinema." 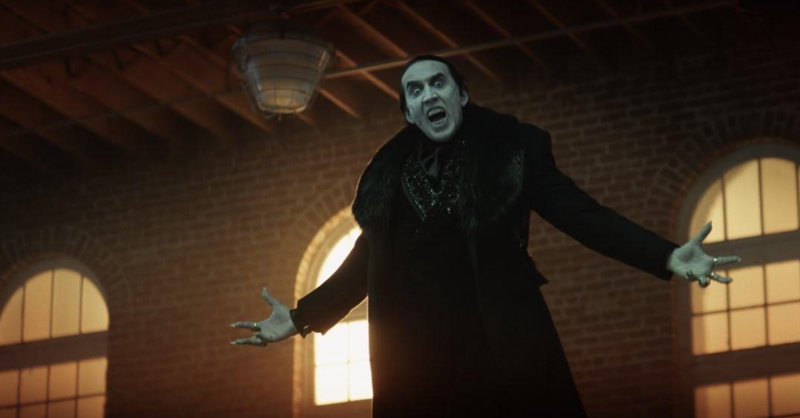 So there's a lot to pick apart there. First off, it really sounds like Cage took the role seriously and did not step into the cape lightly. He clearly has a take on the character, befitting what director Chris McKay cooked up. But his comments make it clear that Dracula isn't going to be chewing up the scenery for most of the runtime. Rather, he's truly a supporting player in a different take on the well-worn material, for better or worse. We'll have to see how it shakes out on screen. A synopsis for the film reads as follows:

"In this modern monster tale of Dracula's loyal servant, Nicholas Hoult stars as Renfield, the tortured aide to history's most narcissistic boss, Dracula (Nicolas Cage). Renfield is forced to procure his master's prey and do his every bidding, no matter how debased. But now, after centuries of servitude, Renfield is ready to see if there's a life outside the shadow of The Prince of Darkness. If only he can figure out how to end his codependency."

McKay (The Tomorrow War) is in the director's chair, working from a screenplay by Ryan Ridley (Rick & Morty), with the original idea coming from Robert Kirkman (The Walking Dead). The film co-stars Awkwafina (The Farewell), Ben Schwartz (The Afterparty), and Adrian Martinez (The Secret Life of Walter Mitty).

Renfield is set to hit theaters on April 14.