Q&A: Ray Wise On His Bad Dad In The Weird World Of SUBURBAN GOTHIC 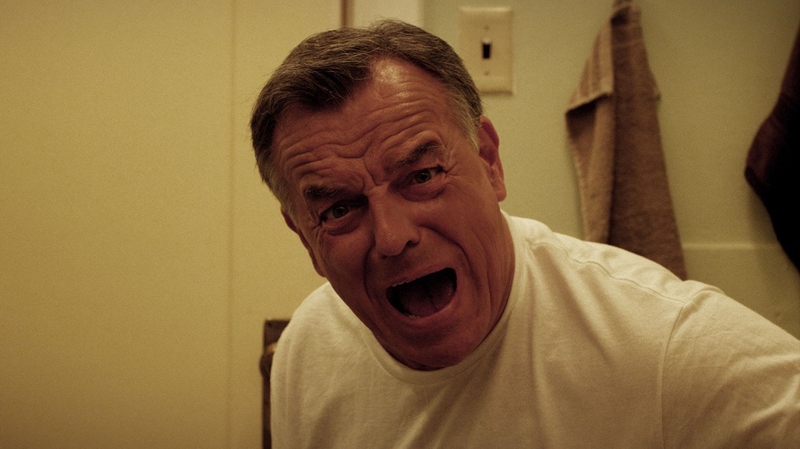 Editor's Note: This was originally published for FANGORIA on January 29, 2015, and we're proud to share it as part of The Gingold Files.

Actor Ray Wise has ventured into a lot of odd territories in his long career, and his latest role drops him into the center of the strange environment of Suburban Gothic. FANGORIA got to query the actor about his second film for Excision director Richard Bates Jr.

Opening in select theaters and available on VOD from Filmbuff, Suburban Gothic (reviewed here) sees Wise playing Donald, an upright and very politically incorrect citizen who has little time for his grown son Raymond (Matthew Gray Gubler), a non-masculine type with a sensitivity to the spirit world that leads him to some haunting discoveries. Fango spoke to the actor at the film’s world premiere during Montreal’s Fantasia festival.

Tell us about Donald and his place in Suburban Gothic.

Well, I’m the father in the piece, having all this trouble with my son, who’s attuned to the paranormal. I’m an ex-jock, I coach the high-school football team, I probably teach driver’s ed [laughs], I have a very pretty wife who I love very much, and I don’t think too much of my son, because he’s not as masculine as I would like him to be. He doesn’t play sports and he’s not into what I’m into, so there’s always that conflict between us. He’s come back to our home to live, ’cause he was thrown out of his apartment, so I have to put up with him again. And then the supernatural story begins, and all hell breaks loose.

Donald has some pretty over-the-top attitudes; did you approach him comedically or play him straight?

Oh, he’s very comedic, but I portrayed him with 100 percent conviction, so he’s played straight in that respect. I just tried to play him as what he is: a high-school football coach who thinks his son is a sissy and loves everything physical. He loves the physical world rather than the ethereal one—the spiritual one.

You previously appeared in Richard Bates Jr.’s Excision; how did you find him as a director?

Oh, he’s excellent. His sets are always fun; there’s never any extreme tension or uptightness, and we all feel very loose and relaxed. He encourages us to improvise when we feel the moment is right, when we become inspired at any particular time, and a lot of that shows up in this movie. He’s willing to allow that to happen, and it makes for a much better film. I love the way he works; he makes his suggestions, but then he lets his actors have their moments. For him, the casting is the main thing—he gets exactly who he wants for those parts, and then he lets them do their thing.

Indeed, Suburban Gothic has a lot of other great cult and genre actors in the cast, like John Waters and Jeffrey Combs. Did you get to have any scenes with them?

No, I only met them [laughs]. I wish! I wish that had happened, but maybe it will in a future film.

How about Matthew Gray Gubler as your son?

Excellent! He’s very funny, he’s very kooky, he’s very offbeat, he’s a very talented actor. He’s great on Criminal Minds. I actually feel very fatherly toward him, in a good way! He’s a young actor, and I’ve been around for 44 years doing this, so he listened to my advice, and we had a good time together. That’s the important thing—that Ricky and Matt and I had a good time together.

There’s a touch of David Lynch to Suburban Gothic; the basic plot and milieu are similar to those of Blue Velvet. Having worked with Lynch on Twin Peaks, do you see any of his influence there?

Excellent eye—that’s a very good question. Yes, I think that’s true; the set design and the colors and so forth in the film are reminiscent of Blue Velvet. And the characters are a little offbeat, a little off-kilter, very reminiscent of Twin Peaks—so yes, that comparison could be made.

You’ve been venturing into more comedic roles in recent years, with Suburban Gothic, Big Ass Spider! and others. Have you been seeking out these parts as a change of pace?

Oh, I love them—I did that show Reaper where I played the devil, and he was unlike any devil there has ever been before. I love the juxtaposition of humor and horror—being afraid, and then at the next moment laughing. When you can get that into a character, a situation and a film, that’s what I go for.

Do you have a favorite scene or moment from the Suburban Gothic shoot?

Oh my goodness, there are so many. The football banquet where I give out the awards—that’s a great scene. There are so many little moments that they’re too numerous to pick out. I love them all, and you can tell; if you see a moment in the film that you laugh at, you’ll know that I laughed at it, because I really liked all those little moments.