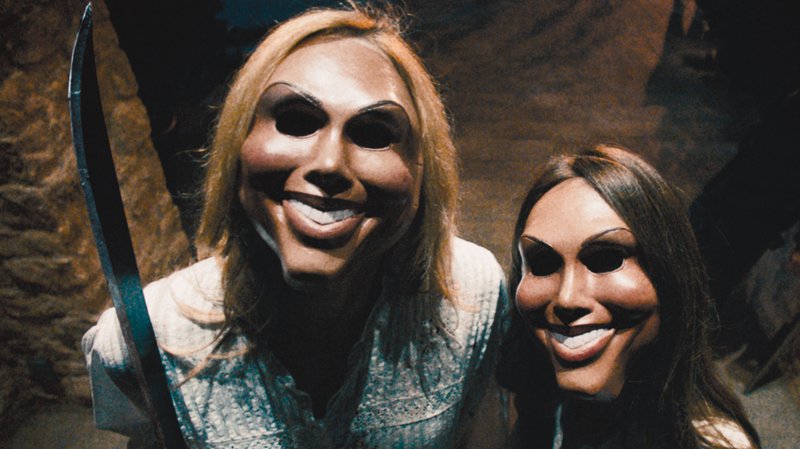 Editor's Note: This was originally published for FANGORIA on June 7, 2013, and we're proud to share it as part of The Gingold Files.

By midday of its first Friday in release, The Purge is already shaping up to be another sleeper hit for producer Jason Blum and his Blumhouse Productions, having grossed $3.4 million just in late-night Thursday shows. It follows Insidious, Sinister and the Paranormal Activity movies on Blum’s slate, and he took some time to discuss the dystopian thriller with us, along with some of his upcoming titles.

Written and directed by James DeMonaco, The Purge stars Sinister’s Ethan Hawke and Game of Thrones’ Lena Headey as a married couple trying to protect themselves and their children on the one night a year when a government-sanctioned “Purge” makes all crime—including murder—legal for 12 hours. A housebound family under severe stress is an ongoing theme in Blum’s films, here given a futuristic (the movie is set in 2022), less paranormal twist…

The Purge represents a bit of a change of pace for Blumhouse; in many of your previous films, the danger has come from inside the family or the house, and here the threat is external. Was that a difference that appealed to you?

Yeah, though the biggest change is that the other movies have been supernatural, and this one is not. I love playing with both of those things, and I like to say that when it’s not supernatural, it’s scarier, because it feels more real.

How did the project first come to you?

I’ve known James DeMonaco for a long time; we developed a movie about 10 years ago on a higher budget that didn’t happen. Then he pitched this one to me, and I said, “That’s exactly what we’re looking for,” which is lower-budgeted, high-concept movies; it fit our model perfectly. As soon as I read it, I wanted to make it.

How much development did the script go through from DeMonaco’s original draft?

We developed it quite a lot. First of all, we revised it down so we could make it inexpensively; it was written at first as a bigger-budgeted movie. We also played a lot with the politics, and a number of scenarios.

The basic premise could probably support a dozen different stories in different settings; how did you narrow it down to the one you wound up telling in The Purge?

James gets all the credit for that. It was his idea to tell the story of a very big event across the United States through one family’s experience—to not show it from multiple perspectives, but from a single one. That was his choice, and I supported it.

Is this the first time you’ve worked with a number of additional producers—you had the Platinum Dunes people on board as well—and was that a bit of an adjustment to make?

No, we have other producers of some sort or other on almost everything we do. I actually brought Platinum Dunes onto the movie. I usually work with more experienced directors, and since Jason had only done one movie [Little New York] and it wasn’t horror, I wanted some very hands-on, experienced genre moviemakers with me. It was great working with them; they were really involved from start to finish. We borrowed several crewmembers from their inner circle, like our DP [Jacques Jouffret] and our editor [Peter Gvozdas], and it was a great collaboration.

How did you find the house where you wound up filming?

We always shoot our movies in LA—or I should say almost always; we’re doing The Town That Dreaded Sundown in Louisiana—and the location is a real character in this movie, so that was very important. We needed a big, fancy house that wouldn’t cost too much money, so that didn’t leave a lot of options. Finding it was a long process, and the hardest part of the movie, but I’m very pleased with the one we wound up using.

How were the actors cast? Was it a given that Ethan Hawke would star, since you had previously done Sinister together?

Yeah, Ethan and I are great friends; we’ve known each other for 20 years, and we had such a good time on Sinister that he said he would love to do another one. He also starred in James’ first movie, so he knew James independently. [Thrones’] Peter Dinklage is a great friend of Ethan and I, and when Lena Headey’s name came up, we asked Pete about her, and he was like, “She’s amazing, you have to work with her.” I’m very glad he said that, because she turned out to be terrific. After we had her and Ethan, everyone else auditioned and was cast the usual way.

Rhys Wakefield makes a great impression as the villain.

We loved him. The first day he worked, Ethan was like, “Oh my God, this guy is gonna steal the movie,” and I said, “I think you’re right.” And both of us were happy he did—he’s awesome in it. I called him the first night he worked and just said, “Thank you so much.” He was a great, great find; James discovered him, and he’s a terrific actor.

Did you ever think about how different political factions in this country might react to The Purge—whether people might object to it on ideological grounds, or see it as a justification for their points of view?

We did. I screened it early on for left-wing people and right-wing people, and interestingly enough, people on both sides of the political perspective thought the movie reinforced their politics. The right-wingers said, “This is an example of why governments should remain small and out of our lives, because when government goes crazy, this is what happens”—which was surprising to me, but I thought it was an interesting point of view. And left-wing people talked about gun control and the fact that there are too many weapons in the country.

The Purge is being released in the thick of the summer-movie season; do you see it as kind of a down-and-dirty alternative to the big, glossier films that are coming out?

100 percent, and I’m excited about that, because we’ve never had a movie open in the summer. It’s something I’ve always wanted to do, and I’m psyched that Universal decided to do that. It’s fun to have a microbudget movie out amidst the tentpoles.

It’s interesting that you refer to it as “microbudget,” because it has the look of a major-studio film—which it is, but done much cheaper. How do you maximize production value on the budgets you employ?

If this film is successful, do you want to explore The Purge in sequels—go off to other places and see what’s happening there?

I hope to be lucky enough to do that. I would be really psyched to. It’s not just my decision, but I would definitely encourage James; I think it’s really fertile storytelling territory. I would love to make a sequel to this movie.

Speaking of sequels, what can you tell us about Sinister 2 at this point?

Scott Derrickson and C. Robert Cargill are working on the script, and they’re excited about it and so am I. I hope to get that into production not too far from now.

You’re also embarking on a couple of remakes, The Town That Dreaded Sundown and Amityville: The Lost Tapes. How are you refreshing that material for current audiences?

The great thing about making microbudget movies is you get to take risks and do different things, and we’re definitely doing that with The Town That Dreaded Sundown. It’s the first remake we’ve done, and we have a very new twist on it. On Amityville, we’re still hunting for a new way to tell that story. We haven’t figured it out quite yet, but we’re talking to a few people, trying to come up with something where people won’t feel we’re retreading the same material.

Initial reports on Amityville said it would be a found-footage movie; is that still part of the equation?

Maybe, maybe not. We’re playing with a couple of different ideas, both found-footage and non-found-footage versions.

What’s the status of Ouija right now? Is that still active on your slate?

Very much so, moving forward. We have a script we’re happy with and we’ll see what happens next, but it’s a very active project in development for us.

And of course, you have the latest in the Paranormal Activity series on the way; is there anything you can say about the fifth film?

No. The fifth one is top secret, but the next movies we have coming out are Insidious: Chapter 2 in September, then Paranormal in October and [Kevin Greutert’s] Jessabelle in January, so we’re getting ready to market those and get them out into the world. Insidious 2 turned out so cool; I’m psyched for everybody to see it.

What are your overall criteria for the films you make?