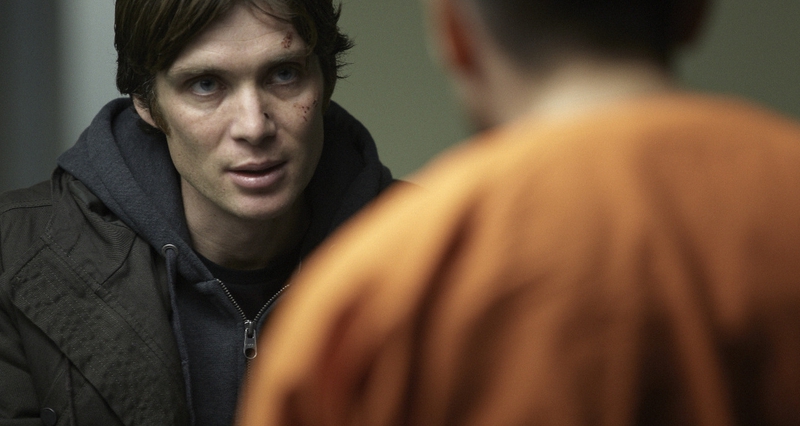 Editor's Note: This was originally published for FANGORIA on July 11, 2012, and we're proud to share it as part of The Gingold Files.

Cillian Murphy has made a habit of collaborating with rising filmmaking talents in the horror/fantasy worlds. The Irish-born actor was the hero of Danny Boyle’s sleeper 28 Days Later and reteamed with Boyle on Sunshine, played the villainous Scarecrow in Christopher Nolan’s Batman Begins and reprised the role in The Dark Knight before doing Inception with Nolan. Now he’s the lead in Red Lights, Rodrigo Cortés’ follow-up to the much-lauded Buried.

In Red Lights, Murphy and Sigourney Weaver play Tom Buckley and Margaret Matheson, academics with a side business in exposing fraudulent psychics and other paranormal shysters. The focus of Cortés’ script is their conflict with world-famous mind-reader Simon Silver (Robert De Niro), which exposes some eerie truths about Silver as well as themselves. Fango spoke to Murphy about his Red Lights role and past excursions into the frightening and fantastic…

Rodrigo Cortés said he did a year and a half of research into the paranormal—and its skeptics—to prepare for Red Lights. How much of that research did he share with you?

Quite a bit of it, actually. Anything I needed, he gave to me, and I used whatever resources I could. I read a lot of James Randi [the head of an organization that exposes paranormal shams]; he was a great resource, in terms of my character. And I went to see magicians in LA and Vegas. But I think that once you’ve done all the research, ultimately, when you start the shoot, it’s got to become about the characters, and what’s driving them and what their emotions are. The research and the context of the paranormal is secondary then; it’s more about making him a real human being.

What was it about the character of Tom Buckley that you responded to?

Well, to me, it’s a film about self-acceptance and a film about obsession. Simply put, that is what’s driving him. That was the stuff I hooked onto.

The story leads up to a big reveal where we find out just what is driving Tom; did you find it difficult to play the undertones of that without spelling it out for the audience too early?

No, you just play the moment. Obviously you don’t want to play the end of the movie at the beginning of the movie; you want to see the development, or the arc. That was my job, but Rodrigo obviously was on top of that the whole time. Also, I don’t see this as a twist movie; I don’t think that’s the major point of the film. Some people may, and that’s fine.

Had you seen Buried before you came on board Red Lights?

I had, yeah. I loved it. It was a remarkable achievement. It’s such a confident piece of work. And I also saw Rodrigo’s earlier film, The Contestant, so I knew I was in safe hands with this guy.

How was he to work with on a day-by-day basis?

Great. We worked pretty fast, really hard and had a lot of fun. Listen, when any director knows what they want from an actor, and knows the vision of the film and has a clear voice, then I’m happy. It’s when that gets muddy, it’s tricky then. But luckily, I’ve had the pleasure of working with great directors, and he’s one of them.

What about acting opposite Sigourney Weaver and Robert De Niro?

Amazing! I mean, two legends in one movie—that’s quite a get! I was very excited, and they were so generous and giving. It felt really nice to be around them, and once the cameras turn over, you’ve got to put all of that legend stuff to the side and just get down to serving the character and the story.

You have very different onscreen relationships with their two characters; how did you develop those individually with each of them?

I got on very well with Sigourney; we became pretty close pretty quickly, and I hope that warmth translates on screen, because that’s what it should be about. And then with [Simon Silver], we have a sort of…less warm relationship, shall we say. His presence is the character, you know? It’s just Robert De Niro’s presence. But he, again, was so sweet to me, and we had a really nice time.

How about Elizabeth Olsen, who had not yet broken out at the time you made Red Lights? Did you see that potential in her while working with her?

Oh, you could tell she was amazing. Martha Marcy May Marlene is one my favorite movies of last year. She’s brilliant beyond her years, so young and so gifted. So it was great to work with her.

One of the most impressive scenes is the one in Tom’s apartment, where things seem to suddenly start going haywire and turning against him.

That’s the kind of thing where you can just react, because it was scary what they were doing—I could just react to that honestly. Just responding to things at the correct time is the trick to that suspense stuff. But in terms of the technique of building suspense, Rodrigo is brilliant at that.

Staging as many of the FX live as possible, instead of putting them in later with CGI, is something Cortés has talked about. Did that help your performance in general?

Yeah, I love that stuff, because to me, we’ve gotten to the point of saturation with CGI where you can instantly spot it. And I love people like Chris Nolan, who try to shoot everything in camera and practically, unless it’s impossible, or enhance what has already been shot with CGI. But just immediately going to CGI seems a bit easy. For actors, it’s always great to be there in a tangible, real world.

Can you talk a bit about working with Nolan? You’ve collaborated a few times now.

Did you have any idea while you were making it just how huge The Dark Knight was going to be?

No, nobody could predict it. I don’t even feel like I can talk about that movie, given that I’m in it so briefly. It was similar to Inception; nobody expected that to be as massive as it was.

Inception was quite off the beaten path for a studio megapicture; was there any concern about how audiences would respond?

I think that one confounded a lot of people, given that it was a stand-alone movie and not part of a franchise. But it shows that you can’t underestimate your audience. The cinemagoing audience is clever, and people underestimate them, I think. And it also shows that you can never write off Hollywood for making dumb movies, because they make great and smart movies as well, and Chris Nolan’s a big part of that these days.

Red Lights is the same way: It’s much more cerebral than your typical modern genre film.

Yeah, but back in the day, in the ’70s, there were genre pieces with great characters and great stories and they weren’t disposable. You remember the characters, like in Rosemary’s Baby or something like that. It’s not just scary with paper-thin characters.

You starred in another horror movie by a visionary director, Danny Boyle’s 28 Days Later—though with a very different approach from Cortés’ on Red Lights. Was that an interesting experience, shooting it almost guerrilla-style?

Yeah, it was. Again, Danny Boyle’s one of the top directors in the world. I wasn’t familiar with the zombie genre at all, and I still consider that a movie about rage, not about zombies.

Well, that’s the debate that has gone on among horror fans ever since 28 Days Later’s release—that they’re not zombies, because they’re not dead.

Yeah. I think it’s great that people talk about that, but it shows you that within the genre world, you can make a really smart, affecting film. Danny can do any genre. Sunshine was another one that just showed you he can turn his hand at anything.

You also did Red Eye with Wes Craven, set largely on a plane, which is about as confined a set as a movie can have…

Other than Buried [laughs].

How was it shooting in such a confined space for all that time?

What I loved about that script was it relied on the two actors [Murphy and Rachel McAdams] to make the whole thing work. We had to carry the whole film, just sitting in those two seats beside each other. That was the acting challenge, and that’s why I think people connected with it.

Do you have any horror/fantasy films coming up, and are those genres you especially enjoy exploring?

I don’t believe I do, no. You know, I never consciously decided to make genre films. You just end up in what you think are good stories. I said this to Sigourney Weaver and she was like, “Yeah, tell me about it.” [Laughs]

Would you say you’re a believer in the paranormal, or a skeptic—and did your views change from having done Red Lights?

No, they haven’t changed, and where I would stand is, I’m a skeptic but I’m not a cynic. I’m open and curious, but I have yet to be convinced.

But if you saw a ghost, you’d become convinced?

If all explanations had been scientifically ruled out, perhaps.