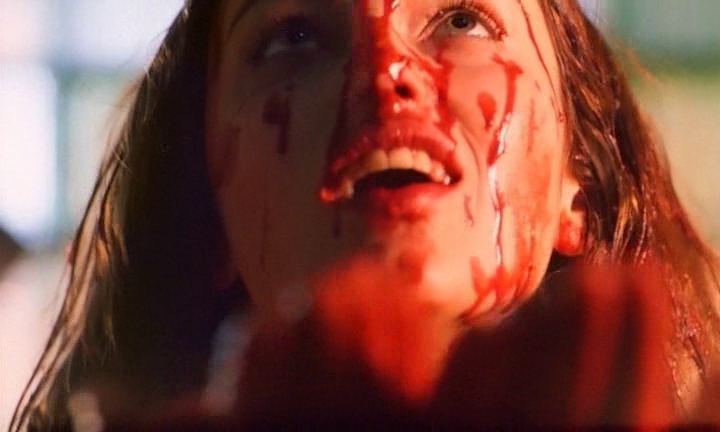 But while Possession's reputation has undergone a series of mutations - not unlike the monster at the center of its story - in the four decades since its divisive debut at the 1981 Cannes Film Festival, Szamanka has languished in obscurity, especially amongst American audiences, ever since its fiercely controversial European release in 1996.

Granted, almost all of Zulawski's films, Possession included, remain underseen, mostly because they're hard to see (although an upcoming 4K re-release of that film ought to change things). The films themselves do not make for easy viewing: Possession's most infamous set-piece, wherein lead actress Isabel Adjani undergoes a violent, prolonged full-body seizure in an underground U-Bahn station - Zulawski notoriously directed the actress to "fuck the air" - before suffering a gory miscarriage, is emblematic of his work as a whole: savage, surreal, grimy, grotesque and, most of all, hysterical, with moments of such raw and enormous emotionality that the viewer often feels as though they've just witnessed something they shouldn't have. 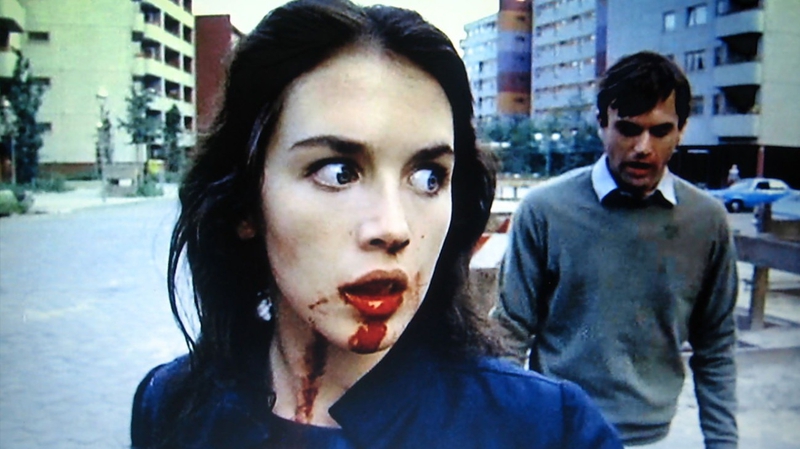 Even though Possession is far and away Zulawski's most popular film, it isn't necessarily his most accessible (that would probably be his 1975 melodrama L'important c'est d'aimer), while Szamanka may well be his most challenging. It's certainly his most viscerally off-putting thanks to the extreme nature of its sexual content and enough bodily secretions and excretions to make David Cronenberg gag.

Unlike Possession, which follows the supernaturally charged and ultimately apocalyptic dissolution of marriage against the bleak backdrop of West Berlin, Szamanka charts a path to Armageddon by way of a brand-new relationship. In Warsaw, a beautiful, slightly feral and possibly mentally challenged engineering student known only as The Italian (Iwona Petry, a total novice who manages to match Adjani's Possession performance for spastic intensity and emotional bravery)—so nick-named because she once worked at a pizzeria—is looking to rent an apartment near her university. Walking out of a subway station (here, as in Possession, Zulawski imbues commuter trains and undergrounds with major numinous power), she immediately runs into anthropology professor Michał (Bogusław Linda, often described as "the Bruce Willis of Poland") as he's posting a listing to sublet his brother's unit. The two head straight over to the apartment, where, without any forewarning, Michal forces himself on her.

This scene at first plays out like rape, with The Italian seemingly shocked into acquiescence. But as a look of ecstatic rapture moves over her face, the dynamic changes. We get the sense that neither party is entirely in control of their actions, both having fallen under the spell of some hidden power (Zulawski hammers this feeling home by scoring all of the sex scenes to a trance-inducing drumbeat). 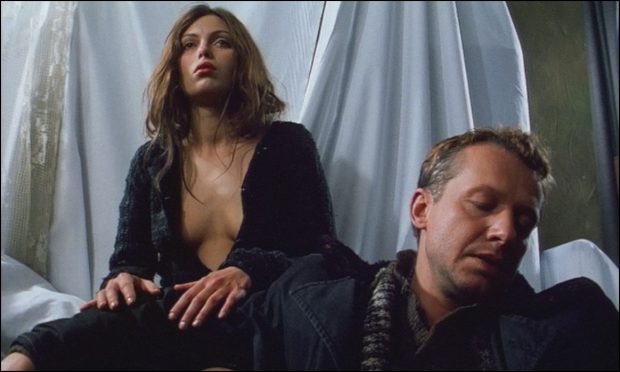 Following this initial tryst, Michal, who we learn has only recently returned to Poland after years of political exile, is called to the site of an archeological excavation. His team has just discovered the 2,000-year-old body of a shaman, perfectly preserved against all odds ("Only shit can emerge for us by itself," notes Michal, "a droplet of clean water and it rots… it'll last 'till Judgement Day."). He simultaneously throws himself into an obsessive investigation of the corpse's secrets—it appears the shaman was sodomized before having his skull bashed in—and an increasingly symbiotic relationship with the Italian ("I am, because I am in you," he remarks during a break in one of their tantric love sessions). The Italian, meanwhile, becomes more and more possessed by an unseen spirit which we learn belongs to the ancient lover of the excavated male shaman, who used her sexual powers to siphon his magic for herself before eventually murdering him, a cycle she seems intent on repeating using Michal and The Italian as conduits.

This all plays out alongside a series of bizarre subplots, including glimpses into The Italian's terrifying work life at a Boschian gasworks factory and an even more hellish meat processing plant, her antagonistic relationship with a hopelessly lovelorn co-worker, Michal's abandonment of his fiancé (interestingly named Anna like Adjani's character in Possession, their positions flipped so that now she is the spurned victim of otherworldly infidelity), the suicide of his brother (a Catholic priest unable to rectify the dogma of his faith with his homosexuality), and one of his colleagues' desperate attempt to sell a stolen nuclear warhead on the black market.

If this all sounds dizzying to the point of impenetrability, well, that's generally the case with all of Zulawski's work. However, here it feels intentional, all this chaos represents his understanding of the new Poland after three decades of living abroad. 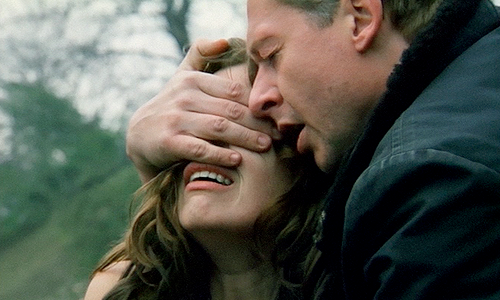 In 1977, Zulawski left his homeland in protest - for the second time in five years - following the communist regime's confiscation, censorship and half-successful destruction of his grand science-fiction epic On the Silver Globe. It was during this period of exodus, which coincided with the collapse of his marriage and a bitter custody battle over his young son, that Zulawski made Possession, channeling all of his anger, despair and paranoia into one of, if not the most personal and political (although not ideological) horror films of all time.

It tracks then that, for his return to Polish cinema fifteen years later, Zulawski - who commissioned Szamanka's script from feminist author and politician Manuela Gretkowska - would seek to make something of a spiritual sequel to Possession. Poland's transition to a capitalist system following the fall of the Soviet Union allowed for his return, but he was not blind to the sense of nihilism this change bred in many of his contemporaries - particularly his fellow filmmakers.

Per Zulawski scholar Daniel Bird, in his booklet essay, "Screw Loose: Notes on Andre Zulawski's Szamanka (1996)": "Dissident cinema of the Communist era always promised a glimmer of hope, no matter how faint…the socially conscious cinema of the 1990s tends to be pervaded with an 'everything is fucked’ mentality." If Possession is the greatest horror film ever made about displacement - and it is - then Szamanka is the greatest ever made about repatriation. 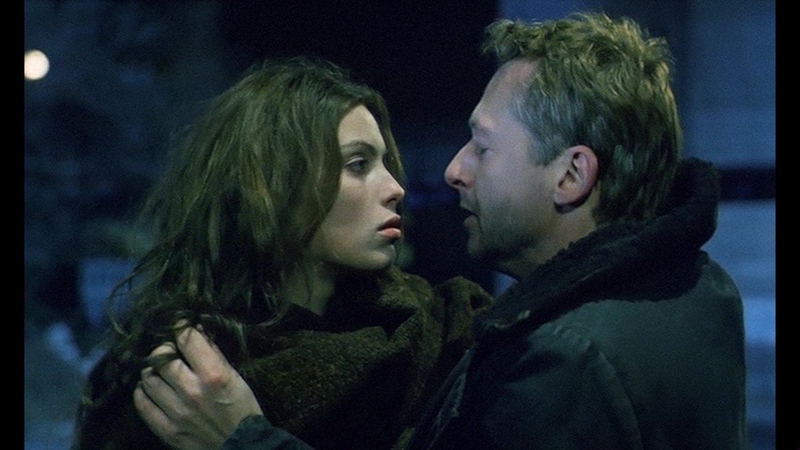 This dichotomy is evident in the tracking shots that kick off both films. In Possession, we roll through the empty streets of West Berlin, a grey landscape vivisected by the drab but imposing structure that was The Wall, upon which we catch glimpses of political and spiritual lament scribbled in protest. In Szamanka's opening, we follow The Italian from a crowded café - where she orders "a plate of brains and a raspberry ice cream" - down along a bustling Warsaw thoroughfare backdropped by an even larger, seemingly endless wall strewn with bold, cartoonish graffiti and splashy advertisements.

To borrow the title of Bird's documentary on the making of Possession, we've gone over the other side of the wall and come out on the other end of history, only to find a different type of terror. In place of the ghostly no man's land that was Berlin during the Cold War, we find post-communist Warsaw a veritable feeding frenzy. Throughout the film, we catch glimpses of madness spreading through the populace like a plague and exploding in the background: beatings, robberies, public fornication, shameless sexual advances, sudden bodily spasms and seizures and more.

There's hardly any difference between the people we encounter on the street and those we meet during Michal's brief sojourn to an insane asylum or, for that matter, the group of fat black rats we find gorging themselves on a pile of rotten meat inside a meat grinder, oblivious to their own impending evisceration (this may be the most disgustingly potent metaphor in all of Zulawski's filmography). When you consider this panorama of Romero-like chaos alongside the hallucinogenic scene wherein the dead shaman suddenly springs to life and the literal eating of brains that bookend the film, an argument could be made that Szamanka is actually a zombie movie. 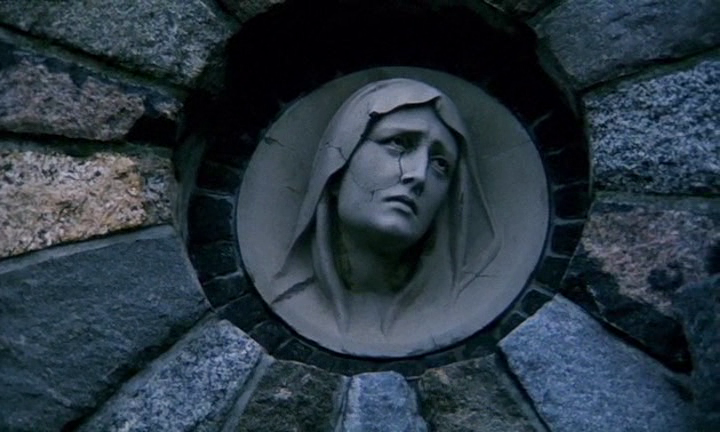 Like Possession, Szamanka is also an apocalyptic story. Forget Chekov's gun; Zulawski gives us Chekov's atomic warhead, and you better believe that it goes off in the third act. Both climax with a nuclear whiteout, but unlike Possession, which contains a sense of Biblical finality, life seems to go on in Szamanka even after Judgement Day arrives. Each film traffics heavily in Catholic symbolism, as well Lovecraftian/Ligotti-esque cosmic horror—in Possession, "God is a disease"; in Szamanka, "every god is the god of death." Szamanka ultimately adopts the transcendental outlook of our primordial ancestors, which holds "you take everything away from a yogi or a shaman, and he will survive." I don't know that I'd call Szamanka a hopeful film, but it does offer a strange kind of solace, especially when viewed during this time of chaotic and apocalyptically tinged uncertainty.

Despite how difficult an experience it will prove for most viewers, including many a hardened horror fiend, Szamanka is as essential as Possession. Fans of the latter film and lovers of transgressive cinema, in general, owe it to themselves to experience it.