It's almost time for Popcorn Frights’ most ambitious lineup yet! This August, 36 feature film premieres, showcasing 20 countries, with industry sessions, rooftop parties, an under-the-stars movie night, Bruce Willis tribute, magic shows, horror trivia, live comedy, and more are coming to South Florida. Running August 11-21, this year’s cinematic mayhem is unleashed both online across the US and in-theater through South Florida.

The world premiere of Do Not Disturb will kick things off at the festival's inaugural ALTER Screening Room. This year's festival features twenty world premieres including Lucky McKee’s mysterious thriller Old Man starring Stephen Lang, the throwback retro slashers Time's Up with Felicia Rose and The Barn: Part II with Linnea Quigley, the audacious and subversive Bad Girl Boogey with Bill Moseley, and the made-in-Florida fever dream Breathing Happy, which will be complemented with a mind-melting live magic show by director Shane Bradley.

Other highlights include Icelandic visual marvel Fanga, a reimagining of Beauty and the Beast, the North American Premiere of the claustrophobic The Eyes Below, transgressive splatter comedy All Jacked Up And Full Of Worms, The Timekeepers Of Eternity, a one-of-a-kind experimental remix of Stephen King’s The Langoliers, and the darkly funny serial killer mockumentary When The Screaming Starts. Other notable features you can catch at Popcorn Frights include Northern Gothic heist thriller Peppergrass, diabolical found footage thriller ten years in the making, Malibu Horror Story, and the black magic horror Presence. 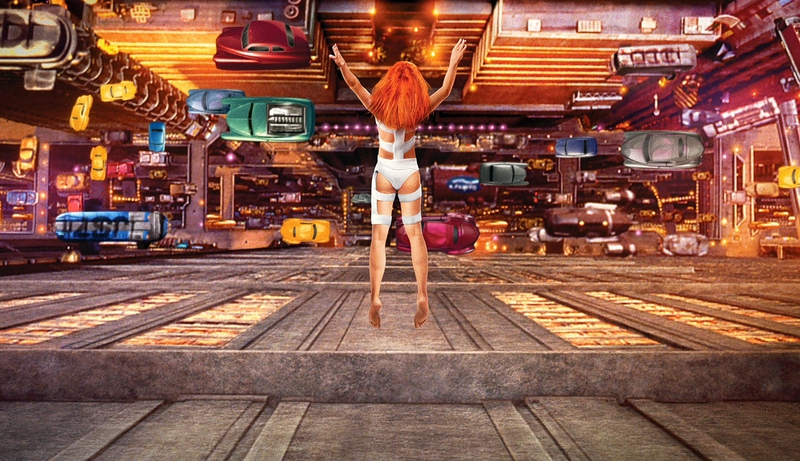 Grab your multipass, this year the festival will also honor Bruce Willis with a 25th anniversary screening of The Fifth Element presented under the stars. Cult sensation Miami Connection will close out the festival's in theater programming, accompanied by fun live commentary.

Aside from a killer roster of screenings, there's lots of additional fun to be had. ALTER and FANGORIA are joining forces to present Horror Movie Trivia, the festival will also feature industry-dedicated sessions at the renowned The Betsy South Beach, with a filmmaker breakfast and industry panel moderated by ALTER. At night, The Betsy will throw a rooftop party overlooking the beach with complimentary drinks.

Access to the “ALTER Screening Room’s” in-theater experience will be available for free, but priority access will be provided to Festival badge holders. Popcorn Frights’ all-access badge provides an all-inclusive experience for films and special events hosted at the Savor Cinema Fort Lauderdale and “The Alter Screening Room,” Popcorn Frights official host venues this year. Separate virtual passes are also available and will provide access to every film streaming in the festival’s virtual program throughout the US. To order an In-Theater All-Access Badge, click here, to order a Virtual All-Access Pass, click here.

The eighth edition of the Popcorn Frights Film Festival is made possible with the support of its generous sponsors, including ALTER, The Betsy, FANGORIA, Giggster, O Cinema, Savor Cinema, Screambox, Slasher Energy, Tubi, and its loyal fans. For more info about Popcorn Frights, visit PopcornFrights.com

Take a look below for second-wave titles. 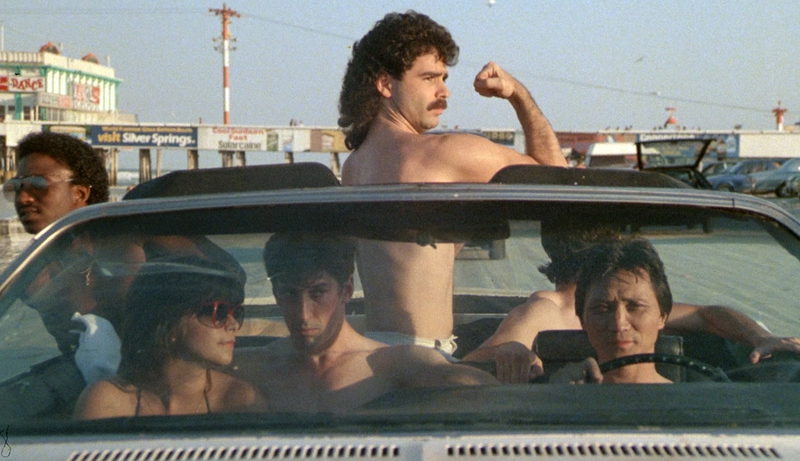 All Jacked Up and Full of Worms
US Premiere
United States | 2022 | 72 Min. | Dir. Alex Phillips
*Available in-theater and virtually
A maintenance man for a seedy motel discovers a hidden stash of powerful hallucinogenic worms that leads him to a path of self-destruction, sex, and violence. 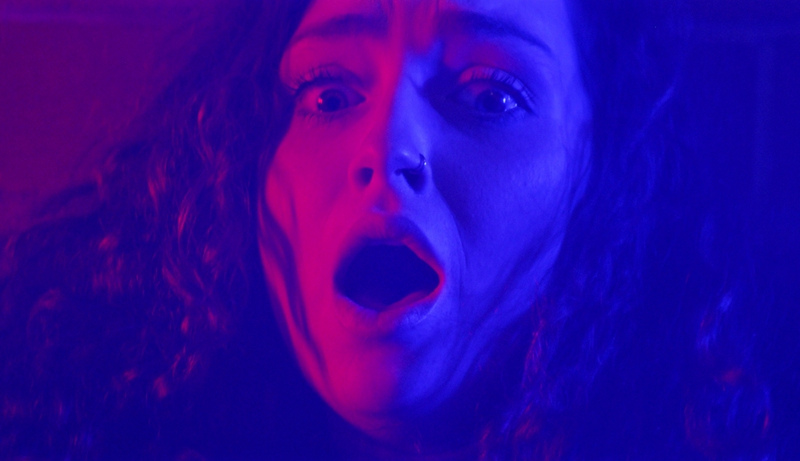 Bad Girl Boogey
World Premiere
Australia | 2022 | 95 Min. | Dir. Alice Maio Mackay
*Available in-theater and virtually
A group of teens must fight their fears to stop a killer wearing a parasitic mask cursed with black magic and bigotry, before he, or it, slaughters everyone they hold dear.

The Eyes Below
North American Premiere
France | 2022 | 77 Min. | Dir. Alexis Bruchon
*Available In-theater and virtually
Everything is calm and silent in the house as a man falls asleep, until he feels something creep up his legs, stomach, and then his chest, and soon realizes that the night won’t be as peaceful as he thought. 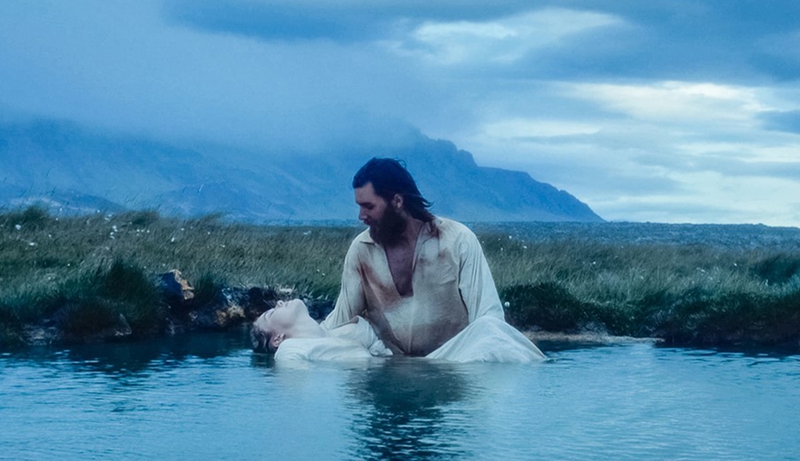 Old Man
World Premiere
United States | 2022 | 97 Min. | Dir. Lucky McKee
*In-Theater Exclusive
Set deep in the woods, the story follows a lost hiker (Marc Senter) who stumbles upon the cabin of an erratic and reclusive Old Man (Stephen Lang). What starts off as cordial conversation soon turns dangerous as it becomes clear that one or both of them might be hiding a terrifying secret.

Presence
East Coast Premiere
United States | 2022 | 98 Min. | Dir. Christian Schultz
*Virtual Exclusive
After joining a weeklong yachting voyage with a potential investor, Jennifer begins to have strange dreams, and it becomes clear that she may have unknowingly brought something else with her.

The Timekeepers of Eternity
Florida Premiere
Greece-UK | 2021 | 64 Min. | Dir. Aristotelis Maragkos
*Available in-theater and virtually
Stephen King’s television movie The Langoliers is compressed and transformed through hypnotic black and white collage animation that meticulously reconstructs and reshapes its supernatural drama to an eerie and profound effect. 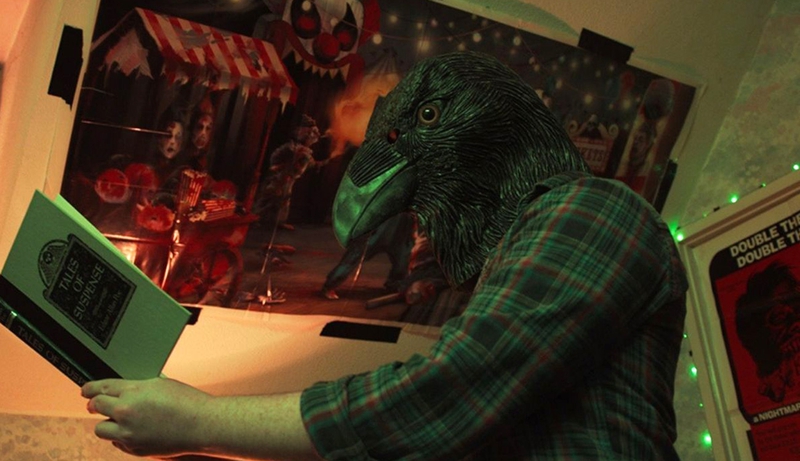 When the Screaming Starts
East Coast Premiere
UK | 2021 | 89 Min. | Dir. Conor Boru
*Available in-theater and virtually
When a struggling journalist is invited into the home of an aspiring serial killer, he believes he has the subject for the documentary that will make his career.