Phan of The PHANTOM OF THE MALL: ERIC'S REVENGE

On the surface, it's a slasher riff on THE PHANTOM OF THE OPERA, but lurking deep in the air ducts of the mall (and pages of the original script)... it goes much deeper than that. 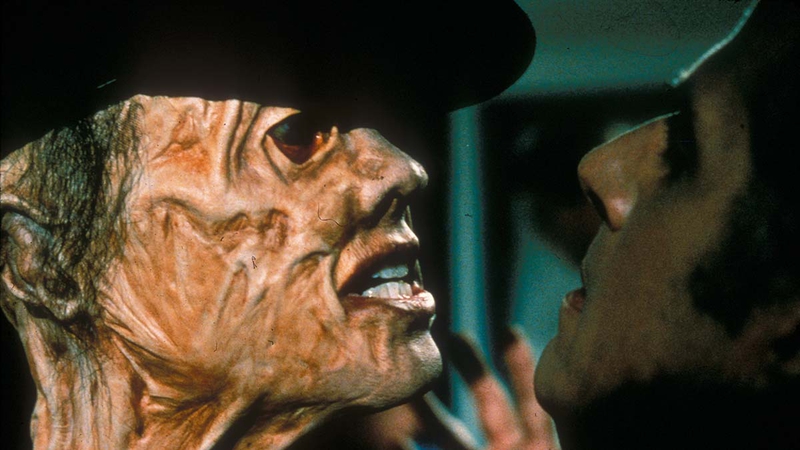 I was immediately drawn to Phantom of the Mall: Eric's Revenge when I first saw it as a kid. My love for it has increased through the years as I became more familiar with the production, cast, crew, and the original idea behind it.

On the outside, Phantom is a slasher film— a horror movie. I will never deny that. However, there's much more beyond the horror and slasher of it all. It has pain, sorrow, love, and makes the audience feel for the killer, in a way not many films like this can do. That said, many killers in films were wronged, pranked, and even left for dead and seeking revenge. At first, we feel bad for the character that has gone through the trauma, but we slowly attach ourselves to the protagonists in these films. Then we stop caring about the aforementioned antagonist. This is how the formula works, and it's fine. With Phantom, it's different.

We learn pretty early on that Eric was wronged. Murdered, in fact. He is seeking revenge because his house was burned down and covered up as an accident in order to build a mall on the land. Simple story. Eric haunts the mall, stalking those who ruined his life and his relationship with the woman he loved, Melody Austin. As the story develops, Eric isn't a bad guy. We feel for him. He is protecting Melody. He watches over her while seeking his revenge, and Melody feels Eric's presence. She still loves him and believes in her heart that he is still around.

Eric was wronged in more than one way. This film always bothered me in that it sets Eric up as a "hero," but once Melody sees his disfigured face and how traumatized he is, she doesn't try to help him. He still wants to be together, but she becomes completely uninterested and no longer cares for him. My main issue is with how Eric is treated. He didn't deserve any of it.

Let's rewind a little bit to understand the origins of this story. Phantom of the Mall clearly has loose ties to Phantom of the Opera. Obviously, there are connections, mainly trauma, love, and my big guess here is Persistent Complex Bereavement Disorder. Melody is "visited" by Eric in her dreams and doesn't ever really believe that he is dead. In a lot of ways, it feels like we are dropped into the second act of this movie with character introductions. Melody has been dealing with this grief a lot longer than what is shown in the film. Eric isn't creating the dreams per se, but he lingers around her, showing their bond. (Again, why I think it's so silly she immediately dismisses him after finding out that he is still alive). Melody is having a rough time dealing with the "death" of Eric, but he lives inside her mind and calls to her. In the film version- that's pretty much what we get and we take it at face value. However, this isn't the original story, there's a lot more to this slasher that never made it from the page to the screen.

The movie we ended up with deviates quite a bit from the original script. The major difference is that in the script, Eric is Carl, and Melody is Amy. In the script version, Eric (Carl) is actually a pianist that is on his way to Juilliard. While the film is set up similarly, there are additional characters that aren't focused on but add a little flavor to Eric's world. This is the movie we should have gotten. Or, at the very least, received a similar character arc for Eric as we do for Carl in the original script. The script draws heavily from Phantom of the Opera in the sense of Carl's presence around Amy. Carl really does manifest into something that is in Amy's mind. Other aspects expand on Amy's character; she has a mother and a little brother in the script, providing a glimpse into the emotional support system at home. She also has a group of friends, but the focus is on her trauma and the gradual discovery that Carl is still alive. Peter is still Peter, but it's introduced in the script that Peter is Carl's (Eric's) best friend, which plays a HUGE factor in the story later on. The original script is much better and plays as more of a thriller/drama/slasher. 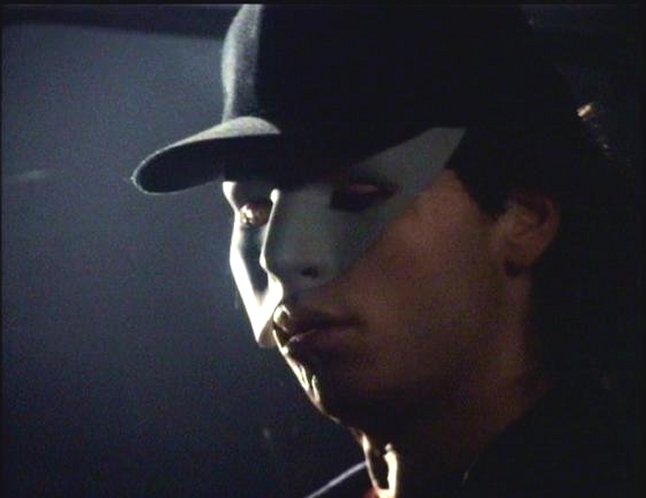 Let's move on to Carl. Carl is a good guy in this script. Yes, he kills a couple of people who don't deserve to die, but they aren't good people either and can easily be dismissed in a film like this. The main part of the script that works well is how Carl is treated. He's out for one thing; revenge. He's simply there to kill the people who murdered him (and his grandmother) and win back Amy. Once Amy learns Carl is still alive, he reveals his plan to burn down the mall, she asks him not to, but he's determined. In the finale, Amy confesses to Carl that she loves Peter, and while Carl is sad, he understands the relationship is over; he instantly comes to terms with it and is ok with his best friend taking care of the woman he loves. He can't continue because he realizes that there will be no "going back" after destroying the mall and killing the owners. There is a very sweet handoff of Carl understanding that Peter is who Melody chooses, something that is sorely missing from the movie. On top of that, we really get to see Carl shine with his "JUSTICE!" one-liner as he impales mall owner Harvey with a construction rod. A few other moments in the script show that Carl is quite sane compared to Eric from the film version. Yes, Carl is hellbent on revenge, but he loves his friend, and most of all, he loves Melody.

I want to add that the real hero of Phantom of the Mall: Eric's Revenge is our lovable prankster, Buzz. Buzz is one of the sole reasons everyone survives. He's also keen on what is happening with the mall and isn't a piece of trash. Buzz is presented in the original script as a bad guy, but he also has a character arc that turns him into a very likable character by the end. At least the end of the film gives us a hero like Buzz, though it feels like it is swept under the rug fairly quickly with the focus on the new "lovebirds."

All that said, Buzz deserved more, but most importantly, so did Eric.

Phantom of the Mall inspired me quite a bit. As a kid, I grew up watching horror and a ton of slasher films. I loved the idea of revenge in films with our "bad guy" just getting back at people who kind of deserved it. I'm all for the innocent continuing, and if they have to kill the killer to survive, so be it. I'm not referring to slashers where the bad guy is just stalking the grounds, and innocent people show up and start getting killed. Phantom is a film where the people deserve it. Eric mows down everyone responsible for burning his home to the ground and killing his grandmother in the process. The security guards are working for the mall owner, Harv. Tom Fridley's character is the son of Harv, and he gets...escalated by Eric. All these killings are motivated, they make sense. 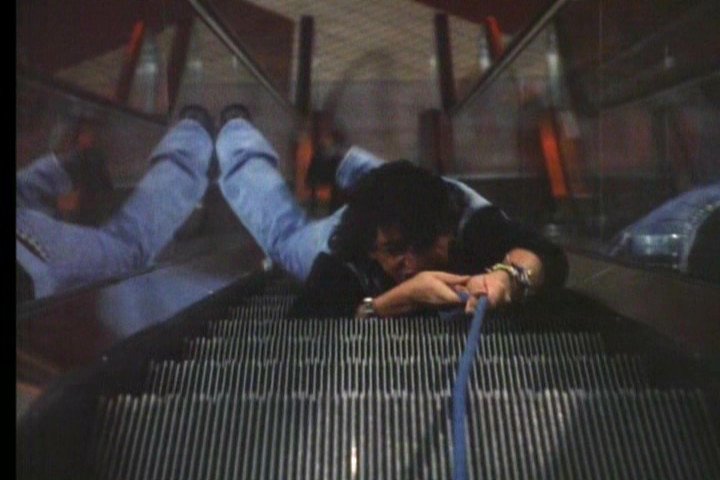 That said, Phantom inspired the first screenplay that I ever wrote. Yes, I was about twelve at the time, but it truly made me want to create because I was fascinated by the fact that a story could present a killer the audience could understand or even feel sorry for. I really thought this was unique (still do), it's a trope that isn't used all that much. Sometimes it starts off the story but slowly dissolves into the protagonist being the one that we really need to care about. Phantom showed me a different way to tell a story, which I feel is overlooked.

This is why Phantom of the Mall: Eric's Revenge is much more than a slasher... it's a true love story with trauma, loss, pain, and sorrow.

Phantom of the Mall: Eric's Revenge is now available on Blu-ray with tons of special features including 2K restoration and Scott J. Schneid and Tony Michelman's original script.