On Building THE OBELISK

The DANIEL ISN'T REAL and ARCHENEMY filmmaker made a "soundtrack to a non-existent film." Learn more, and hear one of the tracks! 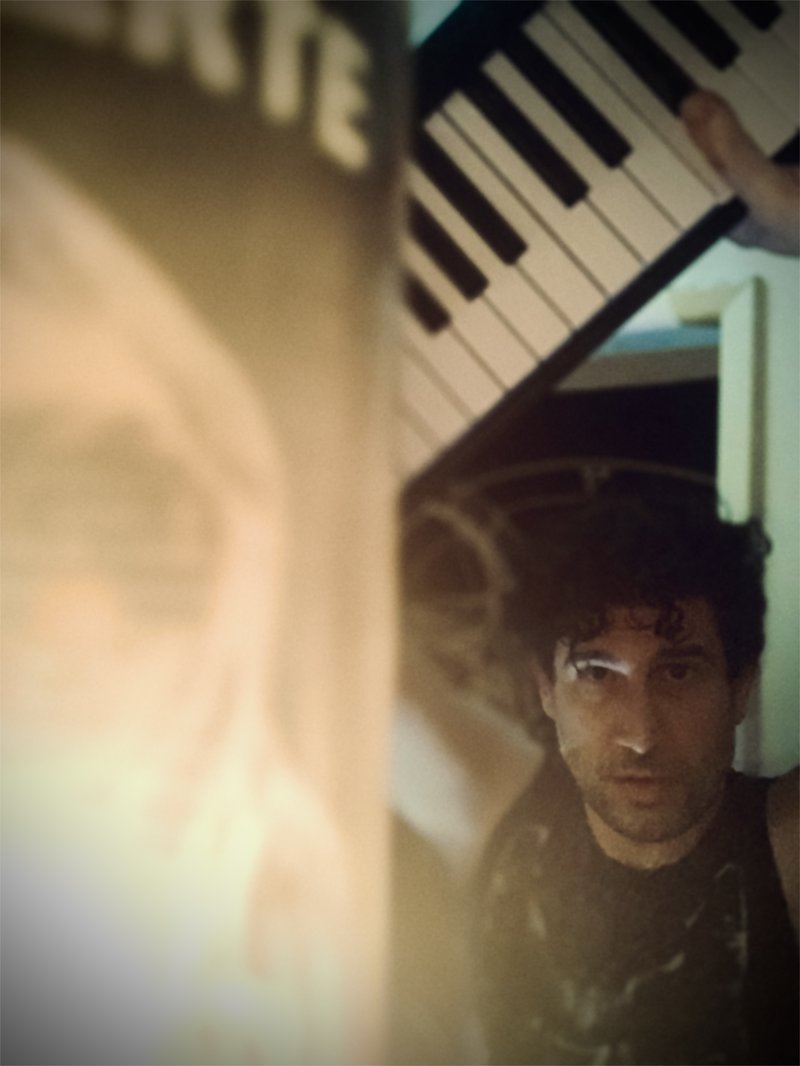 I played an early sequence of The Obelisk for Amy Nicholson one day when we were driving through Hollywood, to get a sense of how it might sound to someone else’s ears. About halfway through the second track, I saw her staring sadly out the window. Finally she said, “This is making me think that all these people walking around are just going to die,” and asked me to shut it off. I knew I was on to something pretty good.

Many years ago – at the end of different lifetime – I gave away all my musical instruments (including an electric sitar, a Gibson Les Paul, and a pile of analogue boxes that were as likely to give me an electric shock as they were to generate noises) so that I would free myself to concentrate entirely on filmmaking.

When I returned home from New York after shooting Daniel Isn’t Real, I felt a particular sense of peace. I’d left it all on the mat back there, and if fate crushed me to oblivion, maybe I wouldn’t have to go out with regrets.

And so maybe I’d be able to play music again. I was working all day editing the movie, but late at night when I was home, something else was appearing to me. I spent time with the film’s composer Clark when he visited LA from England, going over to his rental to chat about the sounds and watch him create tracks, slide them around, manipulate them, experiment. Days later I bought a keyboard.

There was a distant midnight movie playing in my head. A shadowing, occult film, the kinds that you’d be a little bit afraid to see, for fear of what it could do to you or for fear of what else might be in the theater with you when the lights went out.

I started recording late at nights, creating instruments and building tracks in a way that let me play how I’d always played in bands – improvisationally, reactively, destructively, ecstatically. With each layer I put down, I was imagining a different person vibing on their own weird impossible instrument. I was able to imagine myself playing in a group, each one of us wandering off into odd dark reveries and then coming back again. But all the time we had the movie – this mind movie, this echo of The Obelisk – playing on a stretched sheet across our darkened band space. The track called "Woods" – an eight-minute slab of ambient dread – felt in particular like I was vibing in a room with several musicians, all in a trance-like state, on the cusp of having a mini-freakout on the cymbal or the broken toy piano before looking up again to see the images floating on the screen.

I continued working on the music when Daniel Isn’t Real was finished and I began to tour with it, from Texas to Seoul, from Barcelona to London. I remember staying up all night in the lobby of a hotel in San Francisco, grooving to the rhythm of "The Dark Road," cutting it up, emphasizing what made it sound sinister.

When I was in New York again, I played some of the tracks to Pat Murano, one of my oldest friends, an experimental musician whose aesthetic had a profound effect on my approach to art in general. He said he was planning to start an experimental label, and could we release this?

When I had the sequence finalized, I asked Owen Granich-Young to master it. Owen was head of the post sound department for Daniel Isn’t Real – the key creative, he designed the soundscapes and sonic moods that made that movie so immersive, and I needed that bit of his magic to help The Obelisk expand and reverberate. 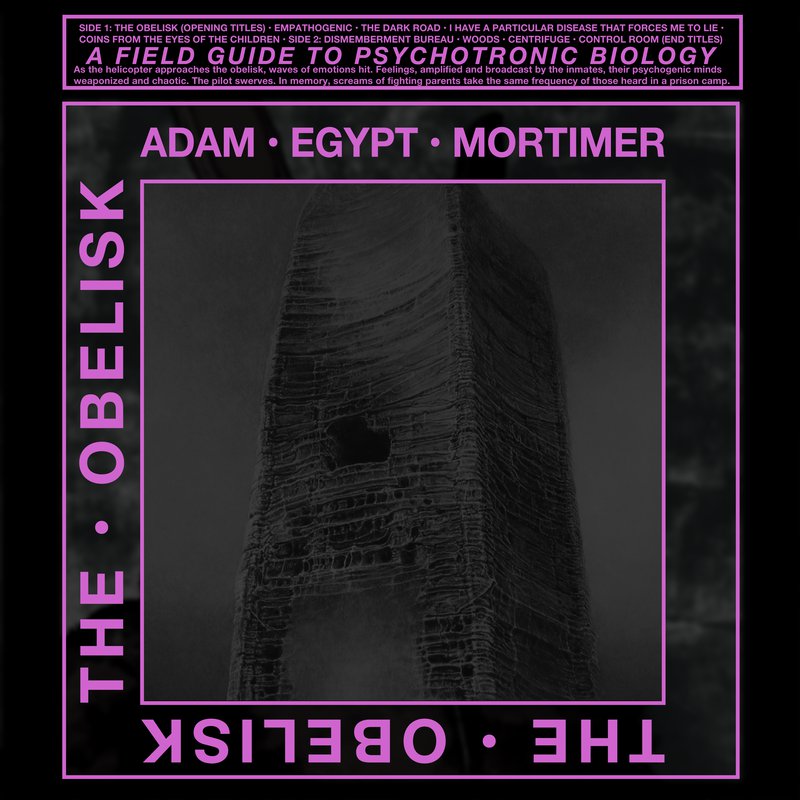 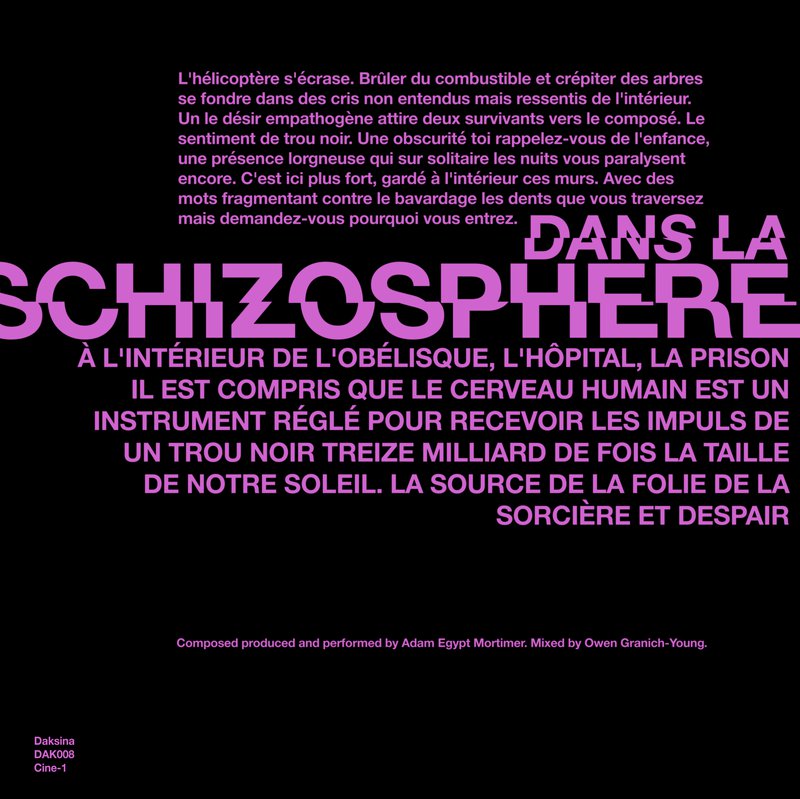 I designed the artwork not to pretend to be a movie, but to be the kind of record that a movie like The Obelisk would create. Stark, opaque, one broken piece of a larger story. The sort of artifact you would find in a corner, a basement, a store in a strange city, and wonder what this dreamlike movie could possibly be.

The Obelisk has been released in a very limited edition of 100 vinyl copies only; available HERE. Here's an exclusive clip of one of the tracks for you: "Dismemberment Bureau."

4 I Have a Particular Disease That Forces Me To Lie

5 Coins From The Eyes Of The Children