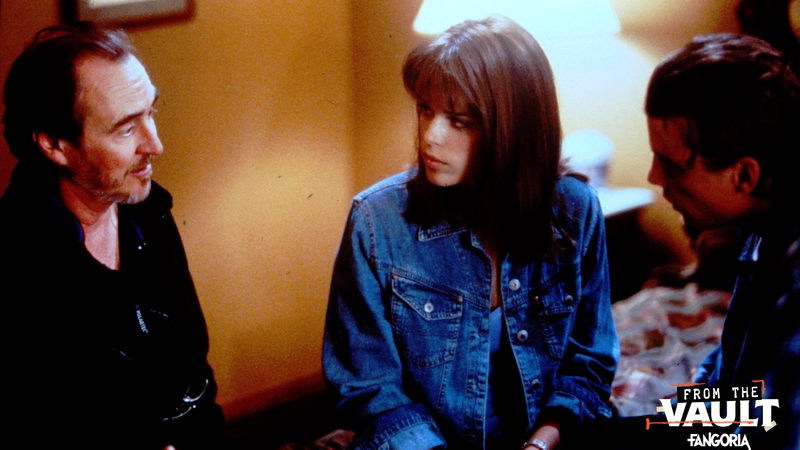 From the Fango vault: Wes Craven, Neve Campbell and Skeet Ulrich on the set of SCREAM (1996)

A new Scream featurette dropped today in honor of the original's 25th anniversary. It's aptly titled "For Wes" and yes, it's a doozy. Kevin Williamson, Courtney Cox, Neve Campbell, David Arquette, and directors Matt Bettinelli-Olpin and Tyler Gillett discuss Wes Craven, Campbell says, "He was like a father, in a lot of ways, to all of us." The featurette includes new interviews with the legacy cast and the new blood of Woodsboro from the upcoming Scream intercut with behind-the-scenes footage from 1996's Scream, of Wes and the cast. We're not gonna lie, we got more than a little emotional.

David Arquette summed it up pretty concisely when he said, "I might start crying when we start talking about Wes." Same, David. Same. Check out the full featurette below and get your tickets to Scream here.