Joe Barton will write the script for the new entry into the Cloverfield franchise. 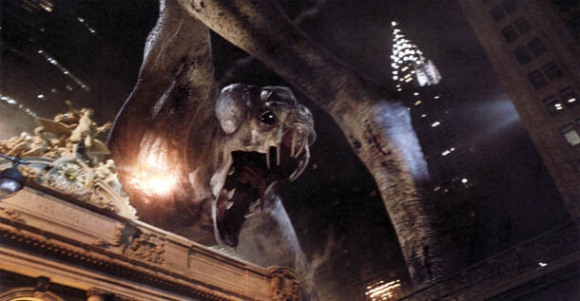 In an exclusive earlier today, Deadline reports that Paramount Pictures have another Cloverfield movie in the works – with Babak Anvari (Wounds, Under the Shadow) set to direct.

It’s been 14 years since the found-footage monster movie Cloverfield smashed onto our screens with one of the greatest teaser trailers in history. Cloverfield was followed by 2016’s 10 Cloverfield Lane and 2018’s The Cloverfield Paradox, two loosely connected entries in the Cloververse, but neither returning directly to the original scene and story of the first.

British director Anvari has already made quite the name for himself on the horror scene, after winning a BAFTA for Outstanding Debut Filmmaker with his 2016 psychological horror Under the Shadow. His second film Wounds premiered at Sundance 2019 and at Cannes Directors’ Fortnight, before releasing later in the year on Hulu.

Plot details of the new Cloverfield instalment are still under wraps, with Deadline commenting that “It also is unknown how this new installment will link to its predecessors, whether its straight sequel to the original or an anthology piece that is set in the Cloverfield universe.”

Joe Barton (The Ritual, The Lazarus Project) is set to write the new entry, while J.J. Abrams will produce through his Bad Robot Productions company. Abrams also produced the previous three instalments in the Cloverfield franchise.

While any return to the Cloverfield world is very exciting, we say it’s about time we revisted the Clover monster and the mess he left behind in New York City.