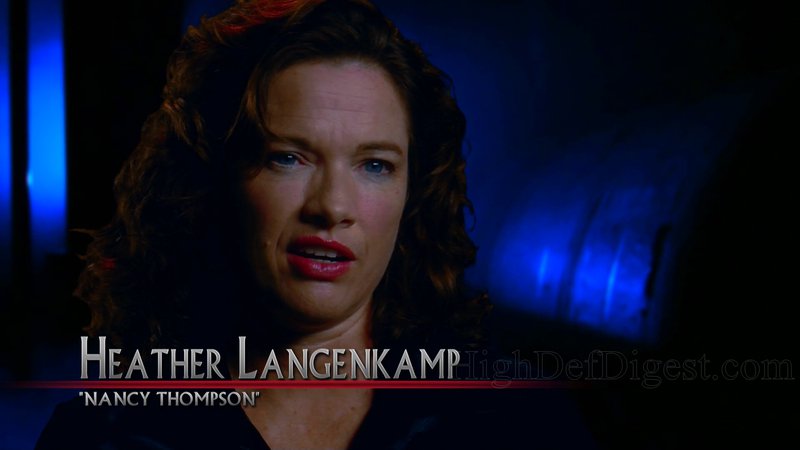 Editor's Note: This was originally published for FANGORIA on May 7, 2010, and we're proud to share it as part of The Gingold Files.

Never Sleep Again: The Elm Street Legacy certainly has an apt title; at a total of eight hours, this two-DVD set from 1428 Films (released via CAV) will keep you up all night. How appropriate given the subject matter: Wes Craven’s 1984 classic A Nightmare on Elm Street and its big- and small-screen follow-ups, and this survey from the people behind the Friday the 13th documentary His Name Was Jason does it full justice.

The fact that this project runs significantly longer than His Name indicates that there’s a lot more to discuss about the Freddy film franchise; whatever one thinks of the individual movies in the Nightmare series, they explored thematic and stylistic territory well beyond the Jason flicks (and much of their lower-profile slasher brethren). The Friday films even take a couple of comparative knocks from the Never Sleep Again interviewees—even as the flaws in the Nightmares are not glossed over.

Indeed, there’s a lot of honest, straightforward dirt dished by the countless interviewees that director/producer Daniel Farrands, director Andrew Kasch and writer/producer Thommy Hutson were able to get before their cameras. The clashes on the first film between New Line topper Robert Shaye and Craven, and the latter’s loss of participation in the subsequent financial windfall; on-set tensions and doubts on Nightmare 2 and 3, a lot of the latter having to do with director Chuck Russell’s perfectionism; the rushed productions of 4 and 5, which went before the cameras without completed scripts—they’re all discussed in detail. Specific snafus are addressed as well, like accidents involving the rotating room set in the original movie and the giant “chest of souls” on Nightmare 4, backed up by on-set video.

Indeed, the amount of behind-the-scenes and other footage the filmmakers have assembled is nothing short of amazing. Never Sleep Again contains a treasure trove of rare and never-before-seen deleted scenes, FX-creation shots, etc.; not only that, but barely any outside movie gets referenced without an accompanying excerpt, and that includes titles outside the horror genre (right down to a shot from Breakin’ 2: Electric Boogaloo that utilized that same rotating room!). Equally impressive is the lineup of talking heads, which goes well beyond the directors, stars and FX creators to include the likes of Leslie Hoffman (the hall monitor in the ’84 film), JoAnn Willette (“Girl on Bus #2” from the second film, who also co-starred with series regular Heather Langenkamp and 4’s Brooke Theiss on the sitcom Just the Ten of Us) and “Rock Legends” Dokken chatting about their “Dream Warriors” theme from 3. There are a few conspicuous-by-their-absence no-shows like Johnny Depp and Patricia Arquette, which are disappointing but understandable; odder is the fact that Voorhees actor Ken Kirzinger doesn’t appear in the Freddy vs. Jason segment—but Kane Hodder, whom he replaced, does!

There’s so much great stuff here: The entire Nightmare 2 gang denying any awareness of its gay subtext during production, but happily acknowledging it now; tantalizing glimpses of Craven and Bruce Wagner’s original Nightmare 3 screenplay (with obscene dialogue more appropriate to The Last House on the Left) and Peter Jackson and Danny Mulheron’s Dream Love draft for a potential sixth movie; amusing interludes about the merchandising of Krueger and TV’s Freddy’s Nightmares; a funny gag with Jason Mewes; and so much more. There’s even a touching concluding eulogy for New Line, “The House That Freddy Built” that got swallowed up by Time Warner in 2008. It’s all tied together by appropriately grave narration by Langenkamp and stop-motion intros animated by Michael Granberry that make you want to see him do an entire feature in the same style.

And if that four hours doesn’t leave you sated, there’s plenty more to enjoy on the special features disc, starting with over an hour of extended interviews that don’t play at all like leftovers. There’s a bunch of fresh and entertaining anecdotes and revelations here, from the bits of the first Nightmare that Sean S. Cunningham directed to 5’s kid actor Whitby Hertford, now grown up, calling out a childhood bully. More heretofore unseen photos and discussion of cut scenes are present as well, and it is here that the Nightmare remake is finally addressed, with everyone—including Shaye, who had no involvement despite his executive producer credit—agreeing it was a bad idea. Featurettes on Freddy’s invasion of the book and comics realms, the movies’ music (pointing out that Nightmare is unique among screen franchises in using a different composer every time) and Matthew Joseph Peak, the artist behind their eye-catching posters (finally confirming that yes, that is a tiny Dreamscape snakeman lurking in the first film’s one-sheet) are put together with the same care, detail and breadth of interviewees as the segments on the films.

An entertaining sneak peek is provided for I Am Nancy, Langenkamp’s own documentary on her legacy with the Nightmares—and dealing with the fact that Freddy’s popularity has always outpaced her own. The fans also receive their due in Fred Heads and For the Love of the Glove, which reveals their obsessiveness and creativity in equal measure. Sean Clark contributes one of his Horror’s Hallowed Grounds back-to-the-location reports, joined by Amanda Wyss in the alley where she was once threatened (revealing yet another deleted bit!) and some of the Nightmare 2 cast for some funny business. Freddy vs. the Angry Video Nerd is on-line game reviewer James Rolfe’s satirical critique of the Nightmare tie-in, while “A Nightmare on Elm Street” in 10 Minutes is the only disappointment: What sounds like it might be an intriguing editing experiment is instead just the assorted actors rereading their key lines from the various films—most of which have already been seen alongside Never Sleep Again’s end credits.

But that’s a really tiny quibble; Never Sleep Again truly does do justice to the Elm Street legacy, and even the most die-hard devotees are guaranteed to hear and see a wealth of stories and content they’ve never been aware of before. Fedoras off to the team responsible for this high-water mark in genre documentaries.