THE SADNESS is coming to Shudder, you can take a sneak peek now. 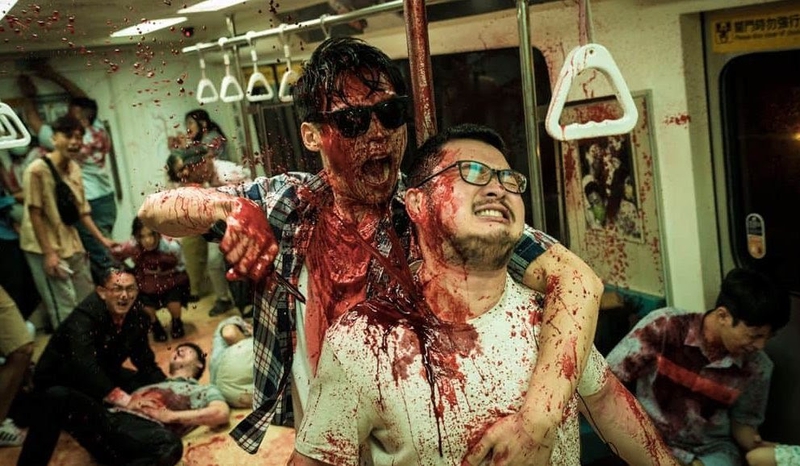 "Did you see that?" Things are getting a little weird in The Sadness. We managed to catch Rob Jabbaz' chaotic bloodfest at the Telluride Horror Show, prefaced with the warning that this one may induce vomiting. And while no one in the Fango party puked, there are certainly some stomach-churning moments to assault your eyeballs. In an interview with FANGORIA, regarding the brutal violence, Jabbaz said, "It shouldn't be clean; it should be ugly and disgusting and the most terrible thing ever." Thanks to Shudder, it will soon be available to the ravenous public! (Thursday, May 12th to be exact) but you can take a sneak peek at this clip below, whet your whistles for the likes of which I cannot possibly prepare you.

In The Sadness, the city of Taipei suddenly erupts into bloody chaos as ordinary people are compulsively driven to enact the most cruel and ghastly things they can imagine. Murder, torture, and mutilation are only the beginning. A young couple is pushed to the limits of sanity as they try to reunite amid the violence and depravity. The film is the feature debut of writer and director Rob Jabbaz and stars Regina Lei (76 Horror Bookstore), Berant Zhu (We Are Champions, How to Train Our Dragon), Tzu-Chiang Wang (It’s Drizzling) and In-Ru Chen.

And our full interview with Rob Jabbaz.