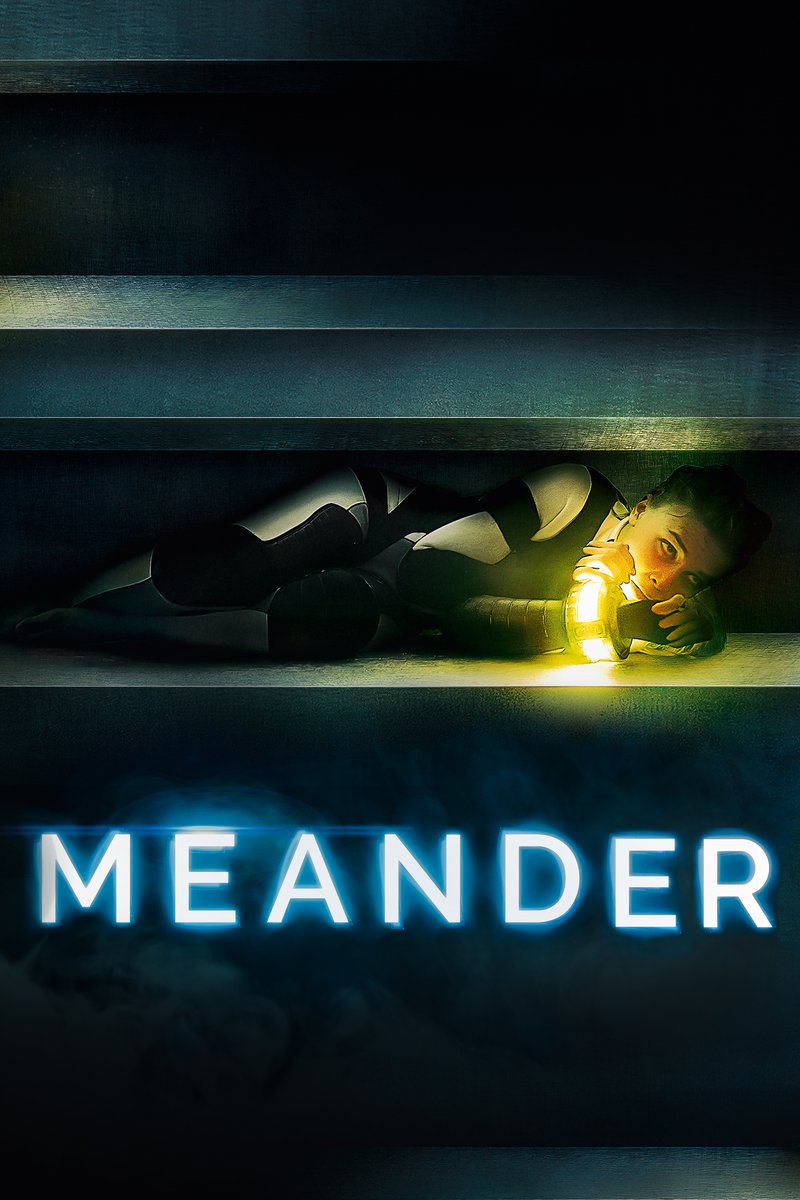 If you suffer from claustrophobia, the new horror-thriller Meander, now in theaters and VOD from Gravitas Ventures, may just be your worst nightmare. Check out the exclusive FANGORIA clip below, as well as comments from French writer/director Mathieu Turi (Hostile).

In the award-winning film, poor Lisa (Gaïa Weiss from Vikings) gets a car ride from an unknown man (Peter Franzén, also of Vikings) and wakes up in a large, endless tube. Strapped to her arm is a bracelet with a digital countdown. Lisa quickly understands that every ten minutes, fire burns through an occupied section of the tube. The captive has no choice but to crawl into safe sections to survive. To know why she’s there and how to get out, Lisa will have to confront memories of her dead daughter…

“I was looking for a high-concept idea, set in one space, but I really wanted to do something different,” says Turi of Meander’s genesis. “In that kind of movie, the general idea is often to have one person in one place where it’s not possible to move. So, my idea was to have the opposite: one person who must move. Because if she doesn’t move, she dies. And I remembered a scene from James Cameron’s Aliens, where the android Bishop needs to crawl in a tube. It was terrifying, even if nothing actually happens in the scene! That was my main inspiration for Meander.”

Comparisons to the Cube and Saw series seem inevitable, but Turi immediately points out a key difference. “I love the Saw saga, really,” he says. “I love the fact that, in that kind of movie, as a viewer, you want to watch people suffer, and you enjoy it. It’s like being a spectator at a gladiator fight. You want to watch the blood. In Meander, it’s the opposite. I wanted the audience not to be outside, but literally with Lisa. You don’t want her to suffer, or to die. You want her to succeed and, like her, you want to know what’s outside, what’s at the end of the tube. It was very important to me to keep this idea.”

Of course, shooting in such a narrow, confined space presented its share of challenges. “During the prep, I asked everybody to push the envelope and find ideas not to be stuck technically,” Turi explains. “I wanted long and complicated shots, always in movement, and for that, we needed to construct some crazy sets and machinery. Every panel of the tube was movable, to shoot and move the camera. We used the Sony Venice 6K with the Rialto system, a crazy invention that permits you to split the physical body of the camera and just use a little part of it, with the other part outside, linked by a cable. So, you can put the little part in the tube and have crazy claustrophobic shots and movements. We also had to invent machinery, like the little ‘box on wheels’ with the camera inside, to have very long and fast shots from inside the tube. Everything was a challenge, but it was so cool to do.”

How lead actress Weiss remained calm during the difficult shoot remains a mystery, even to Turi! “[Laughs] I really don’t know [how she did it],” he says. “She was so professional and very tough. You know, she didn’t have any prep, because she came very late on the film (we had to change the casting at the last moment), and we could have delayed the shoot, but she asked to use the ‘non-prep’ approach and use it for the character. So, she literally discovered some sets and monsters during the shoot! That was intense, but she had a great idea, and it helped the movie a lot.”

Meander is available on VOD platforms July 9. Check out the trailer below: