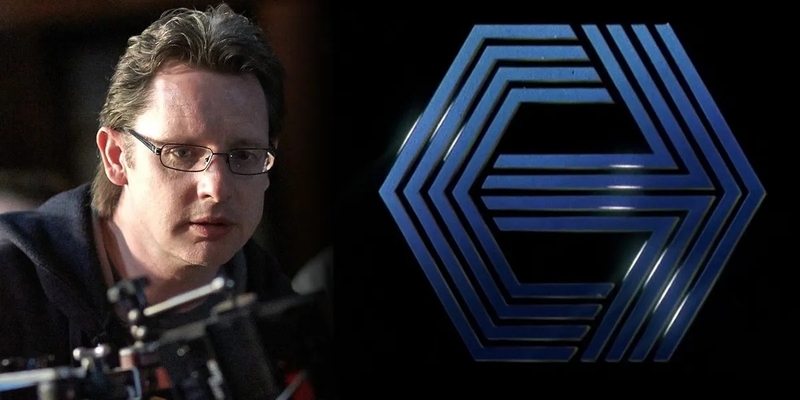 Editor's Note: This was originally published for FANGORIA on September 23, 2015, and we're proud to share it as part of The Gingold Files.

If you’re a devotee of ’80s exploitation cinema (and who among us isn’t?), you’re at least familiar with and very likely a fan of the output of Cannon Films. The new documentary Electric Boogaloo tells the story of the maverick studio, and director Mark Hartley—who previously chronicled Ozploitation in Not Quite Hollywood and Filipino fare in Machete Maidens Unleashed—spoke to FANGORIA about his latest celebration of excessive cinema.

Electric Boogaloo, subtitled The Wild, Untold Story of Cannon Films, is playing select Alamo Drafthouse Cinemas before hitting DVD and digital HD from Warner Bros. Home Entertainment. It follows Cannon from its early-’70s days through its purchase in 1979 by Israeli cousins Menahem Golan and Yoram Globus, who cranked out a remarkable assortment of movies, from grindhouse horror flicks and actioners (often starring Chuck Norris or Charles Bronson) to art-house fare (by the likes of Franco Zeffirelli and Jean-Luc Godard) and everything in between, before the company collapsed a decade later.

Although Golan and Globus themselves declined to participate, Hartley tracked down over 100 filmmakers (including Tobe Hooper, who made three fright films for the company), actors and others to tell Cannon’s story, their on-camera interviews liberally “illustrated” with clips from their many, varied features. Fango sat down with Hartley following Electric Boogaloo’s opening-night screening as part of the Film Comment Selects series earlier this year at New York City’s Lincoln Center.

Considering that Electric Boogaloo is a story of one company and two individuals as opposed to an entire culture, as in Not Quite Hollywood and Machete Maidens, did that affect your approach to the project?

That’s a good question. I should say that Electric Boogaloo is rather different from the documentary I initially researched and thought I was going to make. Originally, I did hope it was going to be focused on Menahem and Yoram—a much more personal story, certainly, than Not Quite Hollywood or Machete Maidens, which were both studies of national cinema, in a way. When we discovered that we couldn’t get Menahem and Yoram, things had to change a little bit, and it became the story of the whole history of Cannon Films, rather than their personal journey with the company. We talk about the initial, pre-Golan-and-Globus Cannon, and go into their time in Israel and then focus a lot on Cannon’s output. What interweaves through that, hopefully, is the personal story of Menahem and Yoram, told through the 100 or so interviewees who had first-hand experiences with them.

The other difference between this documentary and the other two is that there was great input from certain outsiders in both of those. In Not Quite Hollywood it was Quentin Tarantino, and in Machete Maidens it was John Landis. Here, there are no outsiders involved at all; everyone we spoke to was someone who had been in the Cannon trenches.

Have you always been a fan of Cannon Films? Does this movie represent the culmination of a longtime ambition?

Well, I don’t want to upset Cannon people by seeming at all like this is not a long-term dream come true, but the honest fact is that I was more of a fan of Michael Winner [the director who made a pair of Death Wish sequels and other movies for the company]. I read his autobiography Winner Takes All, and he had great Cannon anecdotes, and that’s what triggered me to think that there was a good story to be told there. I’d also read Hollywood A Go-Go, the Andrew Yule book about Cannon, which was a bit of a hatchet job, and that may have been part of the reason why Menahem and Yoram were so gun-shy about this documentary. Obviously, they were trying to protect their legacy, and the only real published work on Cannon was so negative, and here was this filmmaker from Australia who had no connection with Cannon wanting to tell their story. Obviously, it was a lot of trust to place in me, and they didn’t feel they could do that. And so they just decided to back their own documentary [The Go-Go Boys, directed by Hilla Medalia].

That said, many of your interviewees don’t have the kindest recollections of them…

Well, in a way, [their absence] helped us. With quite a few people, their first question was, “Are Menahem and Yoram involved?” Sometimes it was good that we said no, and sometimes it was bad that we said no. A lot of the Israeli-based filmmakers, I think, realized that Yoram still does control the industry there, and if he wasn’t sanctioning this project, they weren’t going to be involved. But a lot of the Americans were happy that Menahem and Yoram weren’t going to be part of it, because they felt they could be honest.

I’ve also been lucky, I guess, that the documentaries I’ve made have tackled subject matter that hadn’t been explored to a large degree, so for a lot of the interviewees, it was the first time they’d been able to share these stories. It’s not like they’ve been telling these tales at dinner parties for the last 30 years. For a lot of them, too, it was their start in the industry, so there’s a bit of nostalgia about it as well.

Was there anyone you really wanted to get but couldn’t land?

Of course; I mean, anyone who’s missing from the documentary is someone we asked, and for some reason, they either weren’t available or just didn’t want to do it. When you see it, the people who are missing are very obvious—but I think people should be grateful for the 100 or so we did get!

For sure! How did you prepare for all those interviews?

I spent six months researching Electric Boogaloo—really intensive research. That involved watching all the films, and reading everything I could on Cannon. I ended up with a 100-and-something-page script document that told the whole Cannon story, and from that I came up with my questions. And it’s a shame—because I wanted to rely on people who had worked for Cannon to tell the story, and not on a narrator, there are some films I love more than they’re represented in the documentary. What’s in there is based on the information we got from the interviewees, the stories they wanted to tell, and we couldn’t find anyone to talk about some of them. For example, we found it very difficult to get anyone to discuss 52 Pick-Up, which is why that one isn’t in there. But I think we cover pretty much all the fan favorites, and possibly a few films that people will now seek out. The big surprise for everyone is probably all the stories about Going Bananas, or My African Adventure, or Ben, Bonzo and Big Bad Joe…choose your title.

When you were watching all the films, were there any surprises—any that were better than you expected or recalled?

Yeah, there certainly were. The Last American Virgin, particularly, holds up very well—much better than most teen movies from around that time, because now, when you watch it, it seems a lot more honest than most of them. That’s one of the jewels in the crown. I also really love a Robert Mitchum film from around the same period, The Ambassador, which is the first, very strange Israeli version of 52 Pick-Up. It’s based on [Elmore Leonard’s] book, but transplanted to Israel. I think that’s J. Lee Thompson’s best film for Cannon, actually.