Let Me Die A Sleazoid: Biographer Preston Fassel On The Life Of Bill Landis

The Deuce lives on in LANDIS. 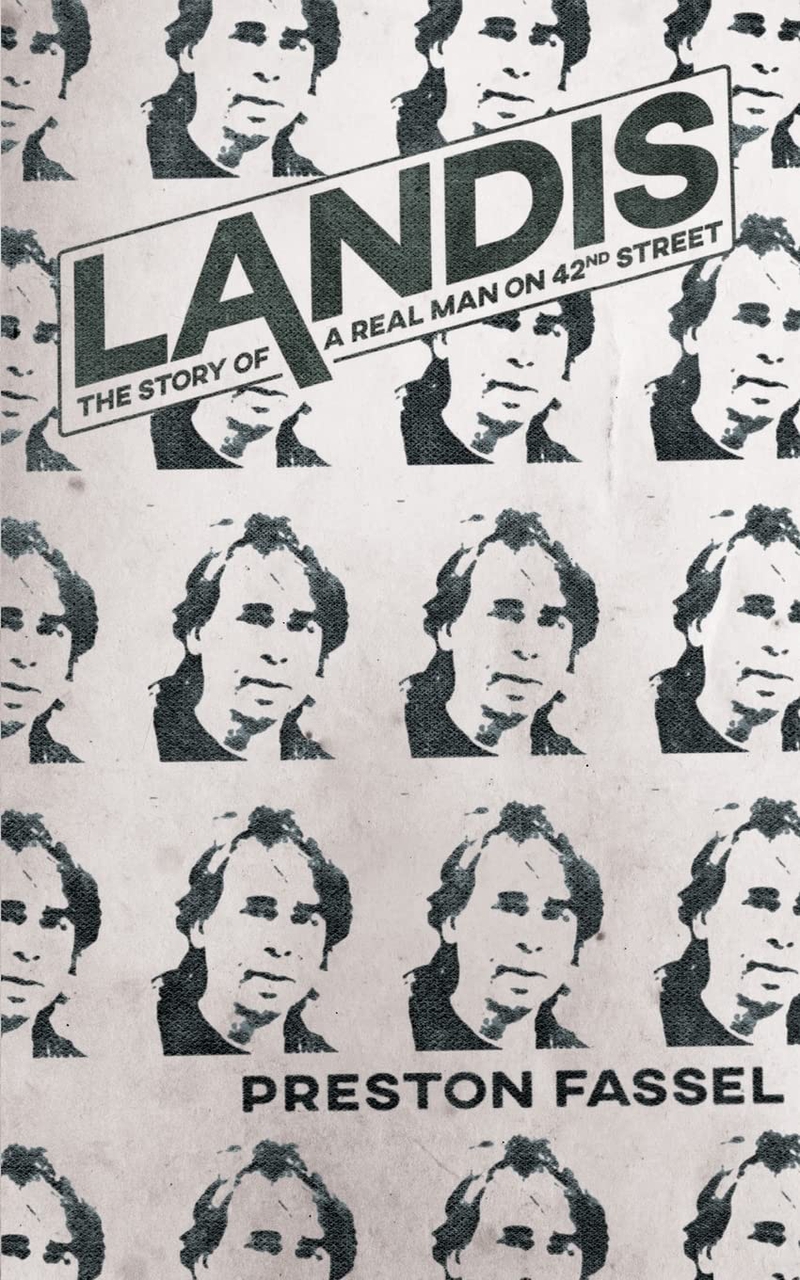 The writer Bill Landis was far ahead of his time when he set out to document the culture lurking around New York City's 42nd Street (AKA "The Deuce") cinemas in his Sleazoid Express newsletter. Exploring a seedy underworld where temptations lurked behind every corner, and no roads went straight, Landis disseminated the "grindhouse" culture of The Deuce to the world beyond the city; while sinking into its subworlds of narcotics, pornography, and street hustling. Now, Preston Fassel has illuminated another corner of the late '70s "downtown" with his biography of this brilliant and troubled writer, Landis: The Story of a Real Man on 42nd Street. Recently, FANGORIA spoke with Fassel about his book.

When we hear about NYC in the '70s and early '80s, it's easy to think there were about 100 people who were all related, collaborating, or had the same drug dealer! Yet, with all the books and documentaries about the downtown underground, it still seems like the grindhouse subculture is treated as something separate. Why do you think that is?

A big part of that is the missing piece of the puzzle when people think about what the Deuce was- sex work was almost a way of life there. 42nd street ran on movies, drugs, and sex work, especially street hustling and pornography. And a lot of that sex work was queer sex work, to boot. And then, of course, Bill [Landis] himself was bisexual and worked as both a straight adult film star and gay prostitute. We as a society are only now really starting to have conversations around sex workers' rights, LGBTQ rights. And you can't really talk about The Deuce without talking about that stuff.

On top of that, the Deuce was also very racially and ethnically diverse, not only in terms of the people going to see these movies but also the people making them. We have this very skewed idea of grindhouse cinema being very straight and white and male and made for other straight white men, but, years before Kathryn Bigelow or Patty Jenkins or Jordan Peele or Gus van Sant, you had Doris Wishman and Roberta Findlay, Gordon Parks, Andy Milligan and the Amero Brothers.

The first movie Bill ever wrote about for Sleazoid was Doris Wishman's Let me Die a Woman, which is not only a film directed by a woman but it's a trans-rights movie. The heroes of the Findlay/Amero flesh trilogy—a series of movies made by a woman, a straight man, and two gay men—are all sex workers. Try releasing any of that stuff to mainstream America in 1962 and see what happens. This is why I feel like this sort of 42nd Street revival is in the zeitgeist now. We're finally ready as a society to start having these conversations… And Bill Landis intuitively understood that these were stories "polite" society didn't want told or remembered. 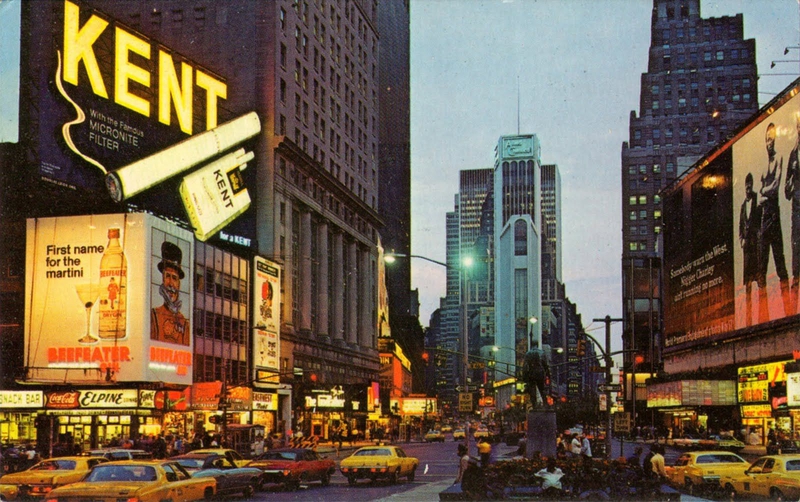 There's also a feeling that New York was a runaway home for damaged children. It's striking that everyone from Basquiat to David Wojnarowicz to Lydia Lunch and Bill Landis had a history of abuse and bad parenting. Is it possible that downtown had such a taste for extreme and transgressive art and expression because so many of those people were wrestling with their own intergenerational demons?

The Deuce became this waystation for runaways from "straight" society. It was this sort of Casablanca-esque neutral zone where anything sort of went, and so it was very attractive for people running away from trauma and environments where they weren't welcome. And a lot of that trauma was certainly the result of one generation being raised by another generation who'd fought in the bloodiest conflict in human history and then come home to a culture that almost literally didn't have a word for PTSD.

This was also a generation that did not have the most progressive views on race or sex. There were a lot of runaway LGBT youth on The Deuce who'd come there because they were not welcome in their homes or hometowns. The Deuce was not some progressive paradise, but, there was this idea that everyone there was sort of equally unequal.

And Bill Landis was wrestling with his own demons. One of the things I appreciated about the book was it did not have the typical redemptive arc of bright and lonely misfit kid comes to the city, finds his tribe and calling, and is saved. That did happen to some extent, but he did not escape his demons in the end.

One of the saddest things for me in writing about Bill was that, at the time he died, there was help available. Maybe not necessarily all the help he needed, but resources that could've prolonged and improved his life. The problem for Bill was that one, he grew up in an age when seeking mental help was still very much stigmatized, especially for men, so that he never really sought that help. Near the end of his life, Bill was briefly institutionalized after blacking out and nearly freezing to death while high, and he had access to psychiatrists and doctors who could've helped him; but, for as forward-thinking as he was in so many ways, he was still trapped by a culture that stigmatized men seeking help. Bill wrote this autobiographical essay called "Body for Rent" I quote from in the book, and at one point, he talks about the worldview his father bestowed on him—" I was a six-year-old man… men are taught to tolerate the pain—to take it like a man." 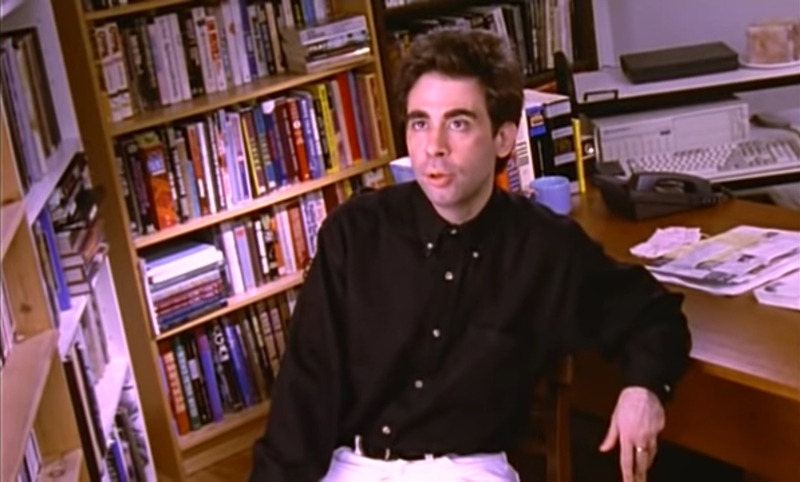 Jumping to our generation, the neo-grindhouse films often give me the feeling of listening to Led Zepplin's cover "Big Mama Thornton". The same words, but not the same feeling. Is it possible to get back the original soul of the thing?

Oh, absolutely. I feel like the problem today is that grindhouse cinema was authentic and original and the product of people unironically expressing themselves, their worldview, and their struggles through film. So much of contemporary cinema is steeped in irony. Part of this comes from a misunderstanding of what grindhouse is; somewhere along the way, people really conflated grindhouse cinema with the kind of stuff Troma is doing, these tongue-in-cheek, over-the-top movies. There was certainly over-the-top grindhouse fare, but it still had a nihilistic edge to it. Look at something like The Psychopath, which is about a children's show host who's just a Mr. Rogers proxy that moonlights as a vigilante killing abusive parents; it's a crazy concept, sure, but the execution still feels pretty dire.

We just need filmmakers who unironically, authentically, unflinchingly, and fearlessly tell their stories. I really feel like those filmmakers, and that material is out there, too, but it's flying under the radar right now. But this stuff does exist, we're either not watching it or not recognizing it for what it is.

I feel part of that is that there's no longer the hard delineation between high-and-low culture there once was that Bill Landis fought to extinguish. Bill once said, "I believe that art and exploitation is the same thing. There's no distinction between them for me. For me, an Ingmar Bergman movie is the same as an exploitation movie." Part of his mandate was to eliminate the distinction between art cinema and exploitation cinema, and I feel like he won that battle. Silence of the Lambs is a movie where a dude cuts off another dude's face and wears it like a mask and it won Academy Awards.

New York was conquered by yuppies and speculative real estate, and we often hear that "it ain't never coming back!" Do you think that underworld that we associate with the Deuce, Alphabet City, the Bowery will bubble up elsewhere? Is it growing somewhere now in the darkness like alien spores?

I think it already has—online! The Deuce lives on electronically. What made the Deuce wasn't necessarily the danger; that was certainly there but, the Deuce was about the unironic, authentic expression of self and culture. We don't have to restrict it to one verboten area anymore. The experience has been democratized. It's a very hokey thing to say, but in a post-internet, post-digital world, we can all carry The Deuce with us in our hearts.

Preston Fassel's Landis: The Story of a Real Man on 42nd Street is now available, including a reprint of Landis' seminal FANGORIA interview with Andy Milligan.