Garçon, we'll have the acid pie shake, thank you. 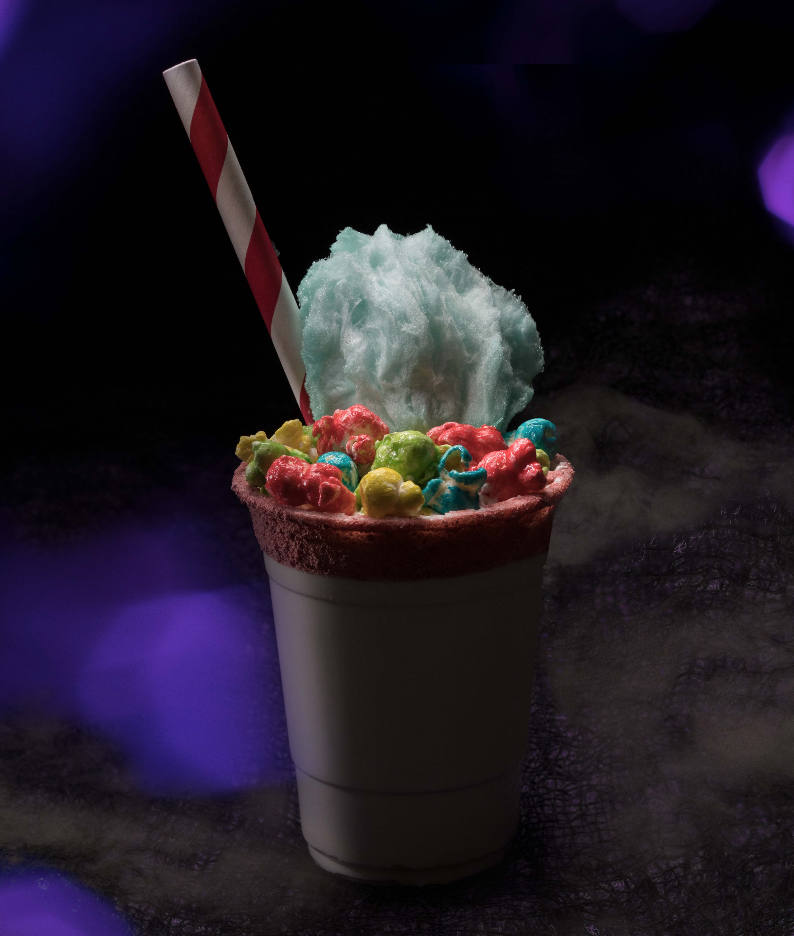 Horror-inspired cuisine and a selection of exclusive merchandise themed to the 2022 event, await you at Universal's Halloween Horror Nights! A big draw this year is the brand new The Weeknd maze, step into the nightmare and should you survive... check out The Weeknd: After Hours Nightmare Bar. Described as "a space reminiscent of a late-night club as featured in The Weeknd’s music videos and short films," the bar will offer themed mixed drinks and "light bites." 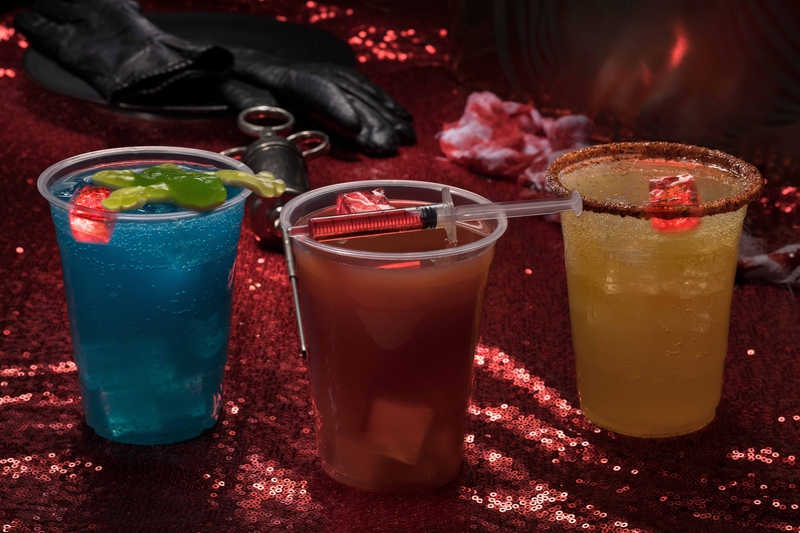 Killer Klow-ow-ow-ow-ow-owns fans, rejoice! Not only do you have a Killer Klowns From Outer Space haunted house to escape this year, but you can also stop by the Killer BBQ From Outer Space for some circusy snacks. (Alien meat?) The menu includes BBQ Pulled Chicken Sandwich, Loaded Mac & Cheese, shareable 22” All-Beef Hot Dog, Loaded Nachos, Funnel Fries, Acid Pie and specialty cocktails. Killer Klowns afficionados will also scream in delight for Jojo’s Ice Cream, dishing out tasty treats inspired by the horror-comedy, including the Killer Kone, Ruijing Popkorn Shake and Acid Pie Shake. Excuse me, Mr. Klown, sir... is the acid pie shake by chance lactose-free? 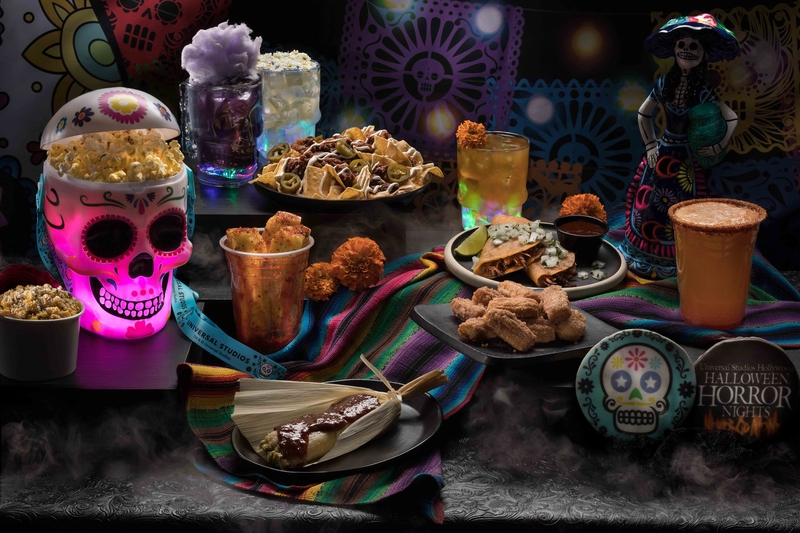 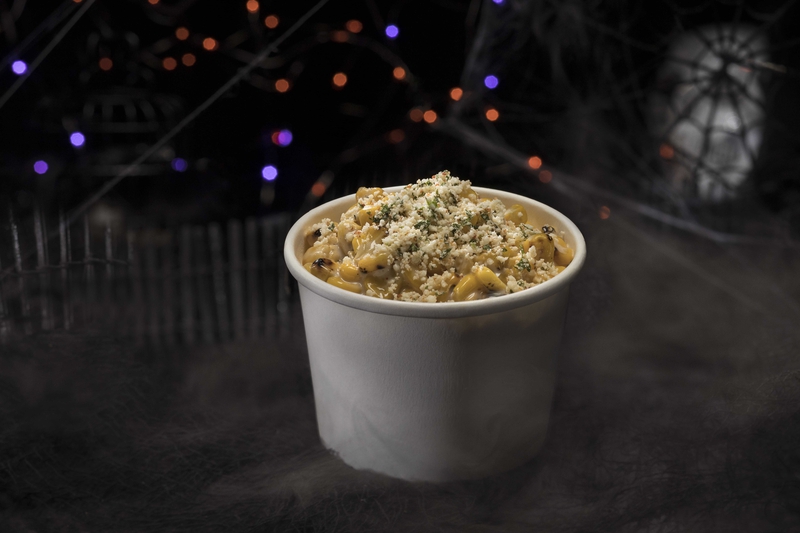 Voodoo Doughnut at Universal CityWalk will also be joining the fun with seasonal specials, including Ghost, Jack-o-Lantern and Tombstone decorated yeast doughnuts and a Halloween Sprinkle cake doughnut. May you eat, and not be eaten!

Now that we've covered the collectibles you destroy all evidence of, onto the wares you can take home and savor for ever and ever and ever. A variety of apparel, souvenirs, drink receptacles and collectibles featuring favorite haunted houses and items from the artist signature series showcasing the legendary Universal Monsters will be available. For the first time ever at Universal Studios Hollywood, merchandise based on fan-favorite character Lil Boo celebrating “Every Day is Halloween” will debut in stores.

Halloween Horror Nights at Universal Studios Hollywood begins on Thursday, September 8 and runs select nights through Monday, October 31. Tickets purchased online or at the Universal Studios Hollywood Front Gate provide guests with Early Event Admission to select houses, beginning at 6pm each night of the event (subject to change). Various ticket options are available for purchase, including General Admission, Universal Express, After 2pm Day/Night, R.I.P. Tour and popular passes, Frequent Fear and Ultimate Fear, which allow guests to experience the scares again and again. Click here for more information about each ticket type and for terms and conditions.