A darkly humorous look at the insurance industry with a horrific twist. 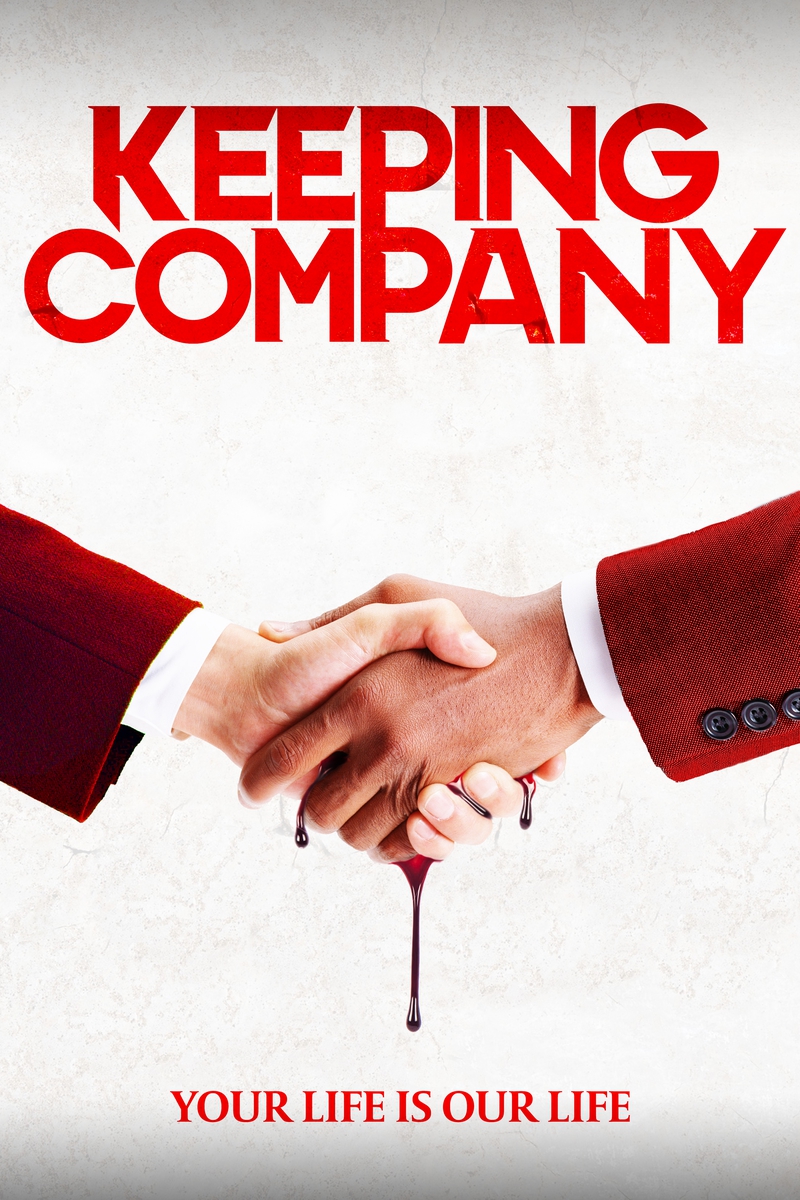 There's a new horror film making the festival rounds, most recently playing the Newport Beach Film Festival as the fest's spotlight horror film. Keeping Company is a darkly comedic, and yes horrific movie, which is fitting considering the team behind it all met when they worked at Funny or Die back in 2012. Director and co-writer Josh Wallace describes it as, "sort of a rebellion from our studio comedy roots. Everyone was expecting us to write this broad buddy comedy and we took that structure and just turned it on its head. " Wallace acknowledges audiences are more than likely expecting comedy here, star and co-writer Devin Das explains employing the balance between their comedy background and the dark tones at play here, "When writing the screenplay, we really focused on walking the line with our tone. We wanted to infuse our comedic strengths while exploring dark yet meaningful themes. While we utilize the world of insurance as a punching bag (deservedly so), our real target remains the economic systems that our society is built on."

Both Wallace and Das cite the Coen brothers as a heavy influence, along with paying homage to classic Hollywood horror but infused with their other influences and their own style, "When you mix that all together, visually we end up with what I think is a really twisted perversion of a classic studio look" according to Wallace. The biggest horror for Das? "Ultimately, our main focus was to tell a character-driven story while providing a reflection of the world that we live in: a world where the rich profit off of... and eat the poor. And we find that terrifying. " Pretty terrifying stuff. Check out the trailer for Keeping Company, a dark look at the insurance industry with a horrific twist.