The BIRD BOX author has a new book out, and you can get it NOW.

We're very proud to exclusively debut this excerpt from the prologue of Goblin, the new horror "novel in six novellas" from Bird Box author Josh Malerman. But first! The synopsis:

Goblin seems like any other ordinary small town. But with the master storyteller Josh Malerman as your tour guide, you’ll discover the secrets that hide behind its closed doors. These six novellas tell the story of a place where the rain is always falling, nighttime is always near, and your darkest fears and desires await. Welcome to Goblin. . . .

And here's a segment from Goblin's prologue:

He started the drive on edge but didn’t really know it.

He’d made it out of the lot by ten fifty-two and the map told him Goblin was actually seventy-two miles away. Cool: $172.80. And sixteen years of driving trucks had given him an excellent sense of timing, if nothing else. He popped in a cassette tape, smoked the butt end of a cigarette he’d hidden in the ashtray, and figured he’d reach Goblin by eleven forty-five. At an average of eighty miles an hour for seventy-two miles, with some give or take here and there, he ought to pass between the topiaries at exactly eleven forty-five . . . giving him some time to drive the additional twelve miles from the city gates to 726 Rolling Hills Drive.

Tom rolled the window down partway and thought he could smell a storm coming. What was with the loony-tunes instructions? Seriously. Was he delivering something illegal? Sounded like it. He knew a bunch of drivers who sniffed cocaine to stay awake—hell, there were even guys blowing lines for full three-hour runs—but he ran a pretty clean ship himself. After sixteen years of successfully avoiding all the seedy shit, he wasn’t interested in transporting drugs no matter how good the money. It wasn’t that good.

He knew a guy back when he started driving, a grizzly sort named Wernor Mount, who got ten years for driving a hundred and something pounds of—

Come on. Could the unfathomably heavy box be a hundred and ten pounds of . . . drugs? Tom didn’t think so. He didn’t want to think so and he actually didn’t believe that was the case. Jerry must have gone over all that with this Dean Crawford of 726 Rolling Hills Drive . . . right? Jerry didn’t want that happening any more than Tom did. And Jerry certainly didn’t want a driver-in-the-dark saying,

I had no idea what was in it. Jerry just told me to get it to Goblin by midnight.

Not even for triple the money. No way.

But Tom was getting triple. How much was Jerry making on this delivery? Would it be beneath Jerry to pocket a few grand for a sideshow like this? Maybe. Maybe Jerry and this guy Crawford worked it out that they’d get an innocent bystander (a patsy) to move the goods. Get the illegal stuff into the hands of someone who honestly knew nothing and couldn’t point any fingers.

Destroy contents of box? Truthfully? This was nuts.

He turned the radio up. Rolled the window down. Definitely smelled a storm.

At eleven seventeen Tom thought he heard something like a giggle come from directly behind his seat.

He turned quick to check on it but the driver’s seat was flush against the cabin wall and Tom knew nothing could fit behind him.

The CB suddenly piped up static and Tom jumped in his seat.

“Is Tomcat out there?”

Someone was trying to reach him. Someone had seen him out on the road and was phoning in.

He reached for the CB and stopped.

The instructions told him not to tell anybody where he was going. What would he say? Should he lie?

Tom felt a sudden surge of shame, as if he’d been spotted transporting something illegal.

Beartrap was an old friend. A fellow road dog.

Answer the CB. Come on.

He picked it up.

There was no response from Beartrap. Only static. Tom turned the volume up, but all it did was give him more static.

Still no response. Only static.

Tom hung it back up.

“Well, Beartrap,” he said to nobody. “Let’s hope it isn’t drugs. Let’s hope it’s a shitty piece of art that couldn’t hurt a fly if it fell on it.”

If there was a fly in the back, the box might’ve fallen on it.

At eleven twenty-nine Tom heard a thud so loud he was sure it had to be the tires. He gripped the wheel and braced himself, already accepting the fact that he might not get the package to Goblin on time.

But it wasn’t a wheel. And he hadn’t hit anything. And nothing had hit him.

So, what then? What then other than the box falling on its side in the truck?

Want to know what that thud was? Of course you do! You can get Goblin right here, and right now. And check out this fantastic cover: 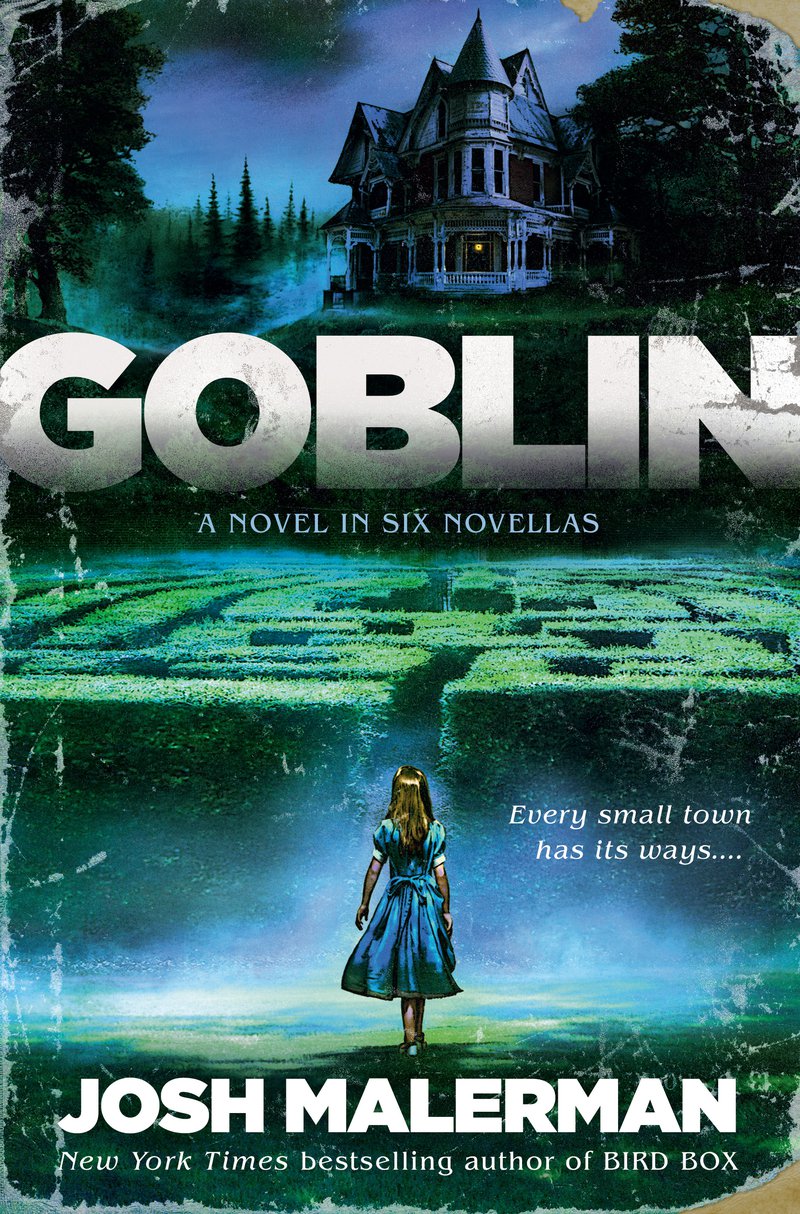