Is that your straight razor or are you just happy to see Giallo films?

Cinematic Void is a film series at the venerable American Cinematheque in Los Angeles, curated by James Branscome. The Void screens genre films: horror, action, sex comedies, and exploitation films. January Giallo is one of their signature series and possibly their most popular. 2022 marks the year that January Giallo slashes its way out of the American Cinematheque to bring black-gloved and masked killers, gorgeous and frequently nude women, and constantly multiplying bottles of J&B Scotch to no less than three additional theatres across the United States. Giallo films are having a new heyday, and I think that January Giallo is definitely part of that resurgence. It's a very exciting time for Giallo fans. I sat down with Branscome to discuss the series, how January Giallo has grown and why people are so obsessively drawn to this kind of stylish '70s terror.

What was the genesis of January Giallo?

I was working with Rendezvous, which is a DJ collective. I used to curate a bunch of reels of clips and trailers for them to play music over, and they would always start the night with a movie. In January 2016, I said, "Let's just do January Giallo. We'll show a Giallo and I'll make a bunch of Giallo reels for you to play over." I thought, January Giallo. It's got a nice ring to it. I was doing videos for fun on Instagram and YouTube, like reels of dummy drops and decapitations from horror films. Christian Parkes told me, "That's what I want for the intro videos for Beyond Fest." For year two, I did a bunch of montages of dummy drops and head explosions. I also took a job working at The Egyptian Theatre. I went from selling concessions to becoming the manager of the Egyptian and then the manager of the Egyptian and the Aero simultaneously. This was all while I was still doing all the video stuff. While there, I pitched an idea to Grant Moninger, who's now the creative director of the American Cinematheque. I said, "Could I do a little screening series?" Just an offhand pitch. Grant said, "Yeah, sure." In 2016, that was the start of Cinematic Void.

In 2017, I was doing Cinematic Void at the Cinematheque at the Egyptian. I thought to myself, I want to do January Giallo again. I came up with a pitch where we do three 35-millimeter Giallos in the Spielberg theatre. I started out with the classic Deep Red, The Night Evelyn Came Out Of The Grave, and The Strange Vice of Mrs. Wardh. That was the first true January Giallo series that I programmed. 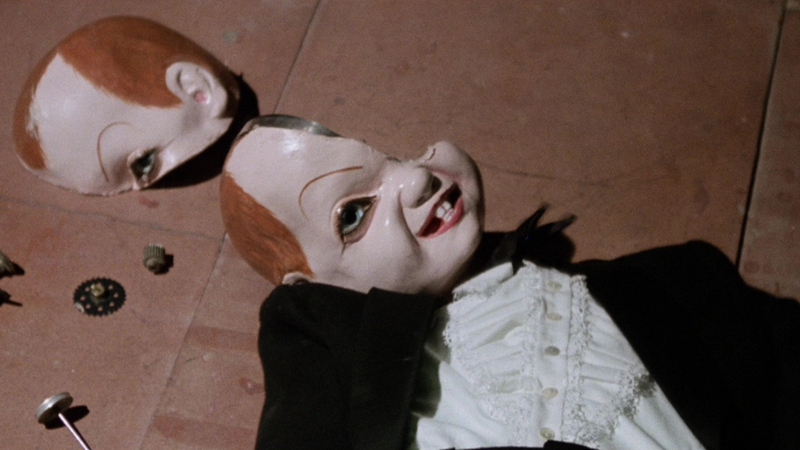 Tell us about how this year's series came to pass.

For this year's January Giallo, I had an idea and I approached some of my peers that program films across the country. During lockdown, I started up a virtual cinema thing, which opened it to a different audience, one not necessarily based in LA. By doing that, people around the country and around the world could actually see what I was screening. One of the last things I got to do before the pandemic was the January Giallo marathon of five films: Opera, A Blade In The Dark, Torso, The Black Cat, and What Have You Done To Your Daughters in January, 2020. All through the pandemic, in the back of my mind, I thought, I hope we're back in the theater for the next January Giallo. It didn't happen this year. I knew that when we're back in the theater, I want to do something bigger. I decided to take a stab and ask some programmers at other theatres if they would be interested in doing this. The first person I reached out to was Midnite Mark, who works at the Coolidge Corner Theatre in Brookline, Massachusetts. The Coolidge is one of the great repertory art house theaters. Mark's a fantastic programmer, and he said, "Yeah, let's talk about it."

Then William Morris, who I used to work with at the Cinematheque, had moved to Chicago and was working at The Music Box, which does a monthly Music Box of Horrors. I said, "I'm looking to do more venues for January Giallo. Do you think the Music Box would be interested?" They came on board. Then we just added a venue which is the Central Cinema in Knoxville, Tennessee. They shot me a cold email and said, "We'd like to do this too." I said, "Show me your lineup, and if I give a thumbs up, it's cool." They turned in a really fantastic lineup.

Where did your interest in Giallo films come from? Why do you think Giallo is so popular?

I really don't know. It's always been a sub-genre I've been drawn to. I think it might have to do with the fact that I have always had an interest in pulp fiction, not the movie, but crime novels and film noir. Giallos have those elements, but they go places where you never expect. They are murder mysteries, but then they get kind of convoluted. There's lots of sex, there's lots of violence, there's a lot of drugs. There's a lot of rich people who get their comeuppance because they're terrible people. It's kind of nice to watch Giallo, because you live vicariously through these really awful people that you never want to be in real life. But you can watch them basically fuck up their lives in the span of like 90 to 100 minutes. 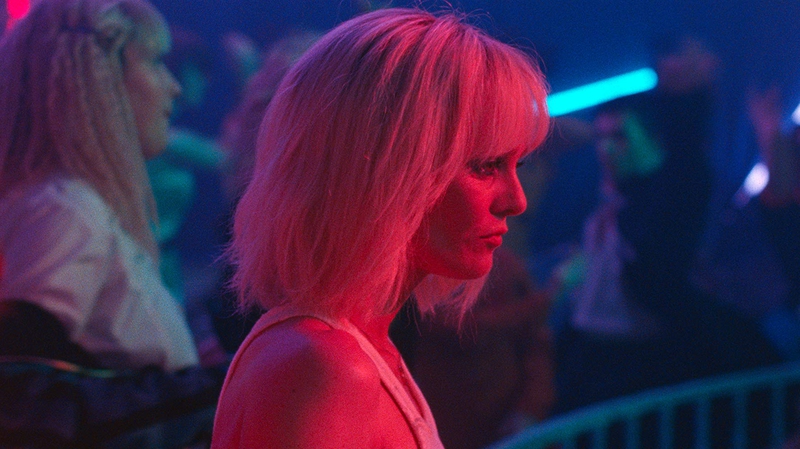 And the sub-genre is still alive as Neo-Giallo.

The Lindsay Lohan movie, I Know Who Killed Me, is a perfect example of what I would consider a Neo-Giallo, just based on the structure of the plot. I look at things like Knife+Heart, which I think is an incredible Neo-Giallo, it gets those moments right.

Which films would you pick as your Desert Island Giallos?

I'll do my top five. I would always pick Deep Red because I think it's basically Argento at his highest form while making a Giallo. It uses everything that was most successful in his first three Giallos: The Bird With The Crystal Plumage, Cat o' Nine Tails, and Four Flies On Grey Velvet. It's not a remake of any of those movies, but he kind of filters the best stuff into Deep Red. There's obviously a bit of Blow Up in there because of David Hemmings and the Antonioni connection. It's a tough call between that one or Tenebrae for my favorite Argento movie, but I always go back to Deep Red because there's just something about the score, the ending, the little twist on the relationship between Daria Nicolodi and David Hemmings. It's a phenomenal movie.

I would choose The Strange Vice Of Mrs. Wardh, because it's my film pick when you want to tell someone what a Giallo is quintessentially, but you don't want to show them Argento. I think it's the perfect template. You've got beautiful women. You've got a sadistic killer. You've got plot twists, you've got double-crossing, you've got weird sexual kinks in it. It's got everything that a Giallo does really well. I would also choose Lucio Fulci's A Lizard In A Woman's Skin, even though it's not really a typical Giallo - it's definitely more on the psychosexual thriller end of the spectrum, but Fulci made some of the most underrated Giallos ever. I guess people think of him as the Italian zombie guy, but his Giallos are second to none. His Giallos are as good as anything Argento made during that period. Another one I would pick is Black Belly Of The Tarantula, directed by Paolo Cavera, which is on the Euro crime police procedural side of the subgenre, but it's really good. It's got a fantastic Ennio Morricone score and lots of twists.

The interesting way the killer works by immobilizing people with spider poison, then cutting them open and doing an autopsy on them while they're still alive. Finally, just because I love it and you need one movie with the most gratuitous J&B drinking ever in any film, Umberto Lenzi's Orgasmo with Carroll Baker.

Where do you see the series going or what would you like to accomplish with it?

I like to see it grow, and if there's one thing that I want Cinematic Void to be remembered for, it would be January Giallo because it's my favorite subgenre of movies. I would like, maybe next year, depending on how this goes, that other theaters would want to participate. Then the next year, more theaters join in. Basically, my hope is that every January, there's a bunch of theaters across the country showing Giallo films. That's my ultimate goal for it.